Each week, in the lead up to the inaugural World Class Policing Awards sponsored by Accenture in November, Policing Insight will be publishing details of the 54 finalists. This week, the outstanding nominations include a police cadet scheme for adults with learning difficulties, a new mobile fingerprint reader, a drink awareness project in Australia and many more.

Last week, Policing Insight published the first nine of the 54 finalists in the inaugural World Class Policing Awards. This week we are publishing our second set of finalists reflecting the best of policing practice.

Preventing assaults and youth victimisation in Night-Time Entertainment Districts (NEDs) represents a major drain on police resources, particularly in areas with a thriving nightlife. Police and researchers worked regularly together in Surfers Paradise, Queensland from 9pm-midnight, talking to groups of patrons and offering breathalysing as they entered the NED to highlight levels of intoxication. The result was a groundbreaking 58% drop in assaults, and a 50% decrease in arrests for assault, using only existing police staffing levels.

Gloucestershire Constabulary and Treasure Seekers – Be who you are and live your dream.

Kingfisher Treasure Seekers helps vulnerable and disadvantaged adults with learning difficulties (LD) to be the best version of themselves. By enabling Treasure Seekers adults to become volunteer cadets, Gloucestershire Constabulary has hugely increased levels of trust and confidence in the police among this 2,000-strong group. Having previously run away from uniformed officers, initial evaluations show that 100% of LD adults closely connected to the cadets now feel able to approach the police should they need to.

The award-winning Feel Well Live Well programme, run by the collaborative Health Services department of Essex Police and Kent Police, promotes individuals’ wellbeing in the challenging policing environment. The programme provides tools and techniques for personal resilience, leadership and psychological wellbeing, and reduces mental health stigma in the workplace. Since the successful pilot in 2014, Mental Health for Leaders and Trauma Awareness programmes have been introduced, along with Feel Well Live Well refresher sessions.

When the national mobile fingerprint programme ended in 2017, rather than pay £750,000 for a commercial alternative, the MPS built an in-house solution, enabling it to secure funding and retain the IPR. Within five months the team had developed Identity Not Known (INK), a compact, simple, mobile fingerprint reader. Fingerprint checks have increased from 150 to 700 a week, with 8,500 officers INK-trained, and the MPS is now offering the platform to other forces worldwide.

A new national detainee meals framework was needed that increased choice and calorific intake, balanced glucose levels, reduced wastage, improved custody staff efficiency, and treated detainees with dignity and respect. The specification was initially deemed unachievable by the marketplace, but through extensive research, gap analysis and a detailed ‘competitive procedure with negotiation’, Essex Police and partners Sharpe Pritchard have secured a framework that will benefit policing, custodians and detainees across over 30 police forces in England and Wales.

The IOM delivery across Norfolk and Suffolk has been re-imagined to address the threat, risk and harm presented by the most chaotic offenders. It draws on an innovative use of crime severity scoring, desistance theory and a new framework – The Bridge Model – to deliver a coherent partnership approach to managing chaotic, recidivist offenders. In year one the scheme has seen an average reduction of over 2,500 crimes, and an estimated £9.7m saving against a police expenditure of £1.3m.

Facing significant challenges around funding and demand, the Police Service of Northern Ireland needed to consult with the community to inform the future of policing. Previous consultations had struggled because of the complexities of policing and funding. The solution was a user-friendly, online prioritisation simulator, allowing participants to see how moving resources impacted on policing. Coupled with an explanatory animation, this educational approach led to more measured, realistic responses based on budget, challenges and demands.

The Management of Risk in Law Enforcement (MoRiLE) programme was created to enable policing and its partners to effectively prioritise activity and make best use of resources. The programme delivers a common risk methodology and language for the use throughout the law enforcement community. It created thematic (strategic) and tactical risk models that are College of Policing Authorised Professional Practice – used by over 80 agencies – as well as organisational and operational risk models, and a MoRiLE Digital solution. 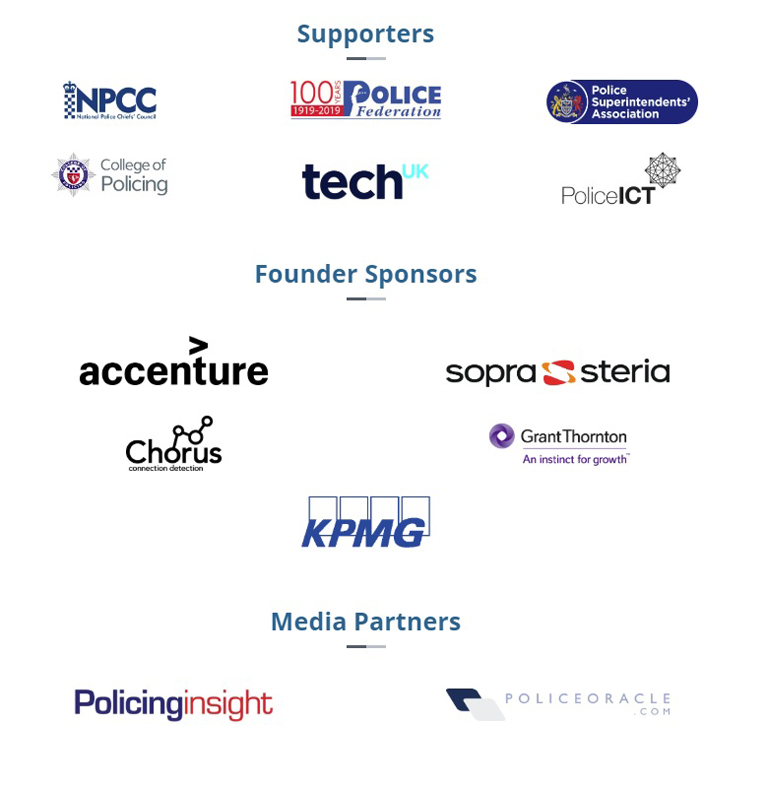