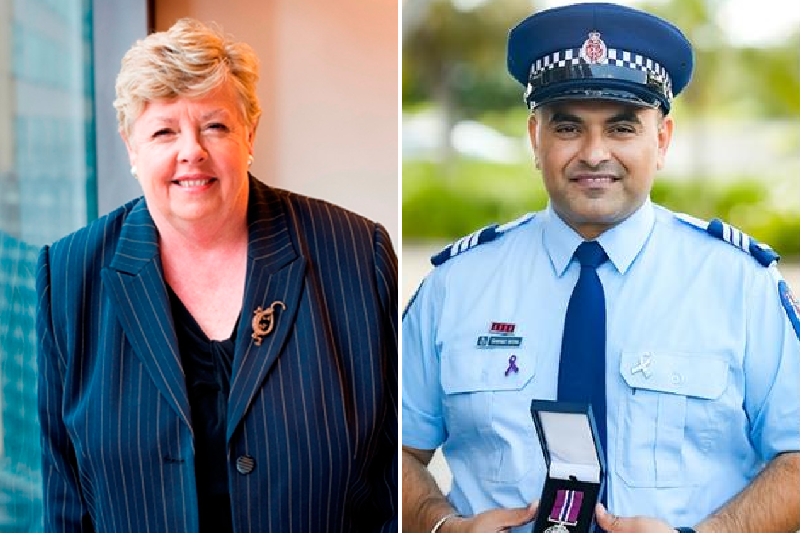 We are pleased to publish and recognise the policing and criminal justice recipients of the Queen's Birthday Honours in Australia and New Zealand. The team at Policing Insight offer our congratulations and thank all the recipients for their incredible service protecting the public, supporting victims, minimising reoffending and reducing crime.

Companion (AC) in the General Division

Ms Barbara Avalon BAKER – TAS
For eminent service to the people of Tasmania through leading contributions to the law, to the judiciary and to the administration of justice, particularly in the area of family law, to professional legal organisations, and as a mentor and role model for young women, and as the 29th Governor appointed in Tasmania.

The Honourable Patricia Anne BERGIN SC Cammeray – NSW 2062
For distinguished service to the law, and to the judiciary, to legal administration, and as a mentor and advisor.

Officer in the General Division (AO)

The Honourable Michael Patrick GRANT – Darwin NT 0800
For distinguished service to the law, and to the judiciary, particularly as Chief Justice of the Northern Territory.

Ms Christine NIXON APM – VIC
For distinguished service to law enforcement, to women in policing, and to tertiary education.

Member in the General Division (AM)

Mr Brian James BOULTON – Carindale QLD 4152
For significant service to the law, and to the judiciary, particularly to District Courts.

Mr Michael Ronald BRENNAN – Campbell ACT 2612
For significant service to the law, and to community organisations.

Judge Felicity Pia HAMPEL – Melbourne VIC 3000
For significant service to the judiciary, to legal organisations, and to women.

The New Zealand Order of Merit

MNZM
To be Members of the said Order:

Sergeant Gurpreet Singh Arora, of Auckland.
For services to the New Zealand Police and ethnic communities.

Mrs Michelle Susan Grant, of Gisborne. For services to victims of sexual violence.

Sergeant Andrew George Brooke, of Palmerston North.
For services to Search and Rescue.

Ms Carol Annette Frost, of Dunedin.
For services to the homeless and prisoner rehabilitation.