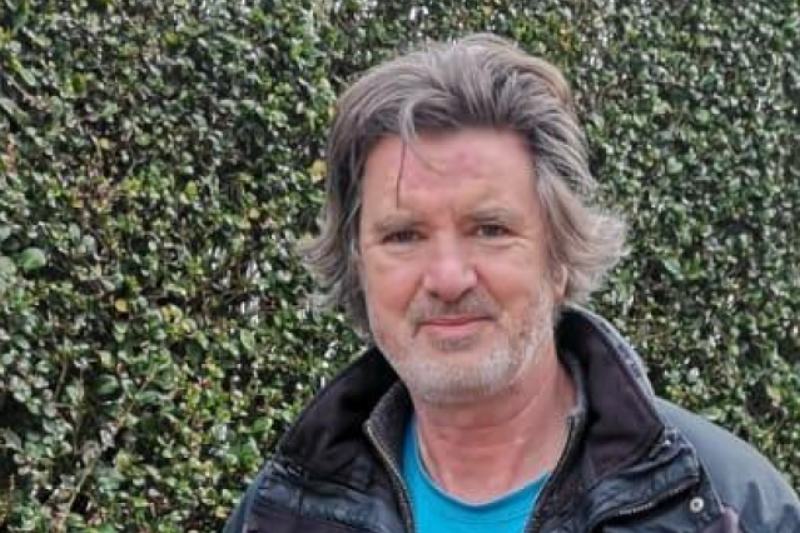 Having experienced personal loss as well as the pressures of lockdown over the past 18 months, Policing Insight Publisher Bernard Rix is preparing to embark next month on a walking tour of police forces and associated organisations across the British Isles, raising money for deserving charities while rekindling old and existing friendships, and building many new ones.

Over the course of the coming months, as lockdown here in the UK eases, I’m planning to visit every one of the police forces in the British Isles – largely on foot. My aim is to raise as much money as possible for policing-oriented charities globally, with a focus on those charities that provide health, positivity and well-being related support to individuals and families associated with policing.

As Publisher of Policing Insight, I wanted to share my plans with our readers, and invite your comments and suggestions as I finalise the details for the first 500 miles or so, from the most southerly force in the British Isles (Devon & Cornwall) to the most northerly (Police Scotland).

Why am I embarking on this Tour?

My reasons are very personal. Six months ago, my wife died. Not of Covid, but Covid-related restrictions undoubtedly played a part, not least in the treatment she was able to access for her medical condition.

During the previous 12 months, both my parents had died. Neither of Covid. But their loss, and that of my beautiful wife, Debbie, has meant that the last year or so has undoubtedly been the most challenging of my 61 years.

Lockdown has also given me an opportunity to reflect on what I want now to do with my life. In the longer term, who knows? But, for the near future, I’ve decided that I want to visit as many in the policing world as possible: renewing old friendships, and making new friends.

Family and friends have been the most wonderful support to me. Policing Insight colleagues (all of whom I count as friends) have been simply wonderful: I suspect our readers won’t have noticed that anything was amiss! And this recent loss of my wife and parents, combined with the restrictions on movement associated with lockdown, have given me the time and motivation to reflect on what is most important to me.

The answer? For me, it’s good friendship, and good health. And I’ve been enormously lucky, through almost all of my life, to be blessed with both.

Lockdown has also given me an opportunity to reflect on what I want now to do with my life. In the longer term, who knows? But, for the near future, I’ve decided that I want to visit as many in the policing world as possible: renewing old friendships, and making new friends.

Initially, I thought that might involve significant international travel. Policing Insight is increasingly a global publication, and my heading abroad would have made perfect sense. But it then became clear that Covid wasn’t going to allow me to step foot abroad, at least for the time being.

Over the long lockdown evenings and weekends, I’ve been working on an alternative plan, which I’ve come to call the ‘Policing Friendship Tour’. In essence, my plan is to visit every police force in the British Isles, largely on foot, over the coming months, starting in Devon & Cornwall Constabulary just as soon as the lockdown restrictions ease sufficiently to permit such an adventure.

Why start in Devon & Cornwall? One pragmatic reason is that it’s the largest (and longest) peninsula in the British Isles. If I’m to walk the bulk of the journey (which I fully intend), my extensive research (and I’ve had plenty of time in lockdown for this!) suggests Barnstaple in Devon is my most practical start point.

And there’s another key reason. Devon & Cornwall Constabulary’s Operation Endeavour was the Overall Winner of the inaugural World Class Policing Awards in November 2019. As the pandemic has meant that we’ve not yet been able to hold the next Awards, they are therefore the current Overall Winner. So what better place to start?

As I developed my plan, it struck me that this could be more than just a personal journey: I could also raise money for relevant charities. Two people came to mind.

I want to focus on those charities that provide individuals and families associated with policing with support in health, positivity and well-being. Suggestions for suitable charities are very much welcomed.

Secondly, Paul Lander may be less well known, but is still in my eyes a great example to us all. A former Publisher of Police Professional, he completed 100 Olympic distance triathlons in 100 days, raising money for the National Memorial Arboretum.

Now, my walking 500 miles from Devon to Scotland (see route below – actually 567 miles for the first leg) is nothing when compared to Paul’s 100 triathlons, and should be nothing for me, a man of 61 years when compared to Sir Tom, a man 38 years older than me. I appreciate that.

I doubt I’ll experience the very real physical and mental challenges that I know Paul went through at several points through his 100 day challenge. But I’ve decided that this, my Policing Friendship Tour, should be something to enjoy throughout, rather than being in any way a further burden I have to carry.

On to the organisations I’m hoping this Tour of mine will benefit. At this point, I’m deliberately not naming specific charities. Let me simply say that I’m keen to support policing-oriented charities and related organisations globally – both here in the UK, where residency, Covid and lockdown compel me to start my journey, and those in the very many countries I’m hoping to visit over the coming months and years.

I also feel I want to focus on those organisations that provide individuals and families associated with policing with support in health, positivity and well-being. Suggestions for suitable charities and related recipients are very much welcomed.

Starting from late April 2021 (or whenever lockdown reasonably permits), I’ll undertake a (largely) walking tour of the British Isles, seeking to visit every police force on that journey, plus also visiting (and hopefully walking with) others active in policing (so including policing’s representative bodies, academia, private sector and other key policing partners). Once the British Isles element is completed, I hope to continue the tour with overseas visits.

The following is my still-emerging itinerary:

There are other policing bodies – such as the Civil Nuclear Constabulary, British Transport Police, MOD Police, and the National Crime Agency – that are not mentioned above; they will of course be included in the route at the appropriate points. There are also many other establishments – academic, policing suppliers, third sector and others – all of whom work with police, providing a key contribution to the work that the police undertake – that I’m also hoping to visit and meet.

I do hope that you will feel able to support this Tour, and we will share details of how you can make your charitable donation in due course.

In the meantime, please do use the comments field below to let me have your thoughts. And I’ll very much look forward to meeting some, maybe several, or even many of you on my journey. Friends, old and new!