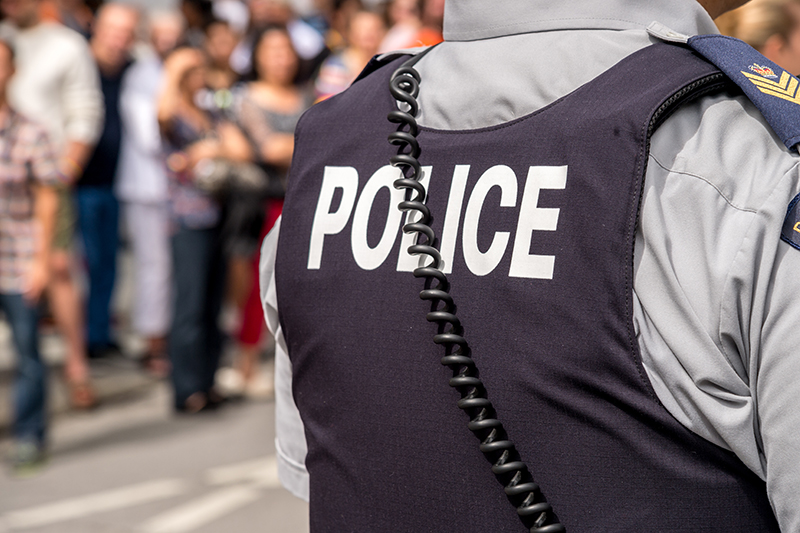 As threats against Canadian politicians appear to be at an all-time high, rising workforce attrition rates within the RCMP are in danger of leaving the force with too few resources to protect ministers, diplomats and government officials; Security Risk Management doctorate student Sean Spence believes the shortage is a risk to Canada’s national security, but turning to private contractors could offer a solution.

These threats and vulnerabilities pose a serious risk to Canada’s national security. It will require political will, resources and policy changes to tackle the issue.

Near the end of 2022, it was reported that the RCMP faces a severe shortage of police officers to protect federal ministers, diplomats and other government officials.

This staff shortage is occurring at a time when threats against Canadian politicians appear to be at an all-time high. During testimony at last fall’s Emergencies Act inquiry, it was revealed that Deputy Prime Minister Chrystia Freeland received an emailed death threat against her from a supporter of the so-called freedom convoy that descended upon Ottawa in February 2022.

The inquiry also learned that a former member of Justin Trudeau’s RCMP protection team may have leaked the prime minister’s schedule in advance to protest organizers.

These threats and vulnerabilities pose a serious risk to Canada’s national security. It will require political will, resources and policy changes to tackle the issue.

Threats against public officials of all political stripes are dramatically on the rise amid the current political climate.

According to data from the United States Capitol Police, threats against members of Congress increased by 107% from 2020 to 2021. An example of this trend was the attack on House Speaker Nancy Pelosi’s husbandinside their San Francisco residence in October 2022.

Canadian politicians have also been victims of similar attacks, including when an armed, serving member of the Canadian military rammed his truck through the gates of Trudeau’s Ottawa residence in July 2020.

Research suggests the vast majority of people wanting to target elected officials suffer from mental illness and will often exhibit warning behaviours in advance of their intention to harm.

Provincial public officials aren’t immune to the recent dramatic increase in threats, harassment and intimidation. In Québec, sentences ranging from probation to prison time have been handed out to those who have engaged in such criminal behaviour.

What motivates those who threaten and wish to inflict harm on political figures varies across a wide spectrum. In the case of the Trudeau attack, the perpetrator had posted QAnon theories on social media, suggesting right-wing extremist views.

Recent research on politicians in the United Kingdom revealed that women receive significantly more threats and acts of intimidation from members of the public than their male counterparts. This would suggest the perpetrators likely hold sexist or misogynistic viewpoints.

Other research suggests the vast majority of people wanting to target elected officials suffer from mental illness and will often exhibit warning behaviours in advance of their intention to harm.

So what does the lack of protection officers within the RCMP mean for Canada’s national security?

The physical presence of protection officers around our officials could also act as a deterrent against efforts to gain access to public officials, intelligence and highly confidential state secrets.

In the event of such incidents, the confidence of Canadians in their Government to protect them from domestic and foreign threats would be severely eroded. It would also signal that the Government as a whole is weak and at risk of being attacked for any public grievance.

Secondly, foreign adversaries could benefit from opportunities that arise from the disruption and uncertainties that inevitably occur in the aftermath of such attacks.

This is how national security systems can be exploited for political and economic advantages.

It has been widely reported that China has been targeting Canadian elected officials and trying to influence our democratic institutions. The physical presence of protection officers around our officials could also act as a deterrent against efforts to gain access to public officials, intelligence and highly confidential state secrets.

The easiest solution to the protection gap would be for parliamentarians to give the RCMP the necessary support and financial resources, something the federal cabinet is planning to study in the coming months.

But throwing money at a structural problem will not solve the issues in the short term. RCMP attrition is outpacing recruitment and it takes time to train new protection officers.

A possible solution in both the short and long term is outsourcing protection for some public officials, like judges and high-ranking public servants, to the private sector.

Whatever the federal cabinet decides, it’s clear the status quo is untenable for Canada’s national security.

Many top CEOs and high net-worth individuals now have protection officers who are often former police and military members. As such, they could easily pass government security background checks and already possess many of the necessary skills to do the job.

Private security organizations like AFIMAC provide protection specialists to organizations. AFIMAC, in fact, has already supported the RCMP during major events when additional resources are required or when security risks are heightened.

The use of private sector contractors would also be cheaper over the long term given the pensions and benefits required to compensate RCMP officers.

Whatever the federal cabinet decides, it’s clear the status quo is untenable for Canada’s national security. The protection of public figures is an increasingly essential requirement within our polarized political environment.

This article first appeared on The Conversation, and is republished under a Creative Commons Licence; you can read the original here