What a difference a year makes! Policing Insight Publisher Bernard Rix reflects on the year in which UK policing started to feel loved again by its political masters and looks forward to a more confident 2020.

Twelve months ago, I sat down with my crystal ball and shared a few predictions about UK policing in 2019. The report card is a mixed one: my confidence that the West Midlands would move from a PCC model to mayoral governance proved to be incorrect, or at least premature, whereas my prediction that greater prominence might be given to previously neglected types of crime such as fraud seems to be slowly coming true.

However, it’s become apparent in the last few days that extra money for additional officers might have some Government conditions attached, in the form of a partial return of targets for policing.

A lot of the challenges facing the leadership of UK policing have simply rolled forward into 2020 – not least of them Brexit, although they do so with less anxiety attached to them than many anticipated 12 months ago.

The biggest single change in the last 12 months has undoubtedly been in the area of resourcing. A year ago, I said: “There seems to be some acknowledgement from government that police funding needs a cash injection – but the queue at the ministerial cashpoint is a long one, and there’s little to suggest that the Home Secretary is near the front of it.”

All that changed when a new Prime Minister swept into power in July, and then comprehensively consolidated his position in December. Those who worked with him at the Metropolitan Police during his time as Mayor of London were, I’m told, not at all surprised to see him shift the government’s position to one which was much more expressly supportive of the police, with billions of pounds to prove that there was substance behind the goodwill. However, it’s become apparent in the last few days that extra money for additional officers might have some Government conditions attached in the form of a partial return of targets for policing. This concerns me.

2020 therefore heralds a very different era for policing – the real end of a decade of contraction. Richard Walton, in his report for the think tank Policy Exchange in August talked about ‘rekindling’ British policing but I would argue that the challenge is about more than that. Not only is there an imperative to rebuild some of the basics of policing that were seriously undermined by a decade of cuts, there’s also a need to accelerate the modernisation of policing services.

A year ago, I said: “The fundamental delivery model for policing services is still in need of overdue reform.” I still believe that to be the case. What’s changed is that there is now significant funding available to effect real change from a government that appears to respect the ability of police leaders to deliver it. And – breaking news this morning (7 Jan), as I write this article – there appears to be a renewed appetite from police leaders to push the boundaries on what that “real change” might incorporate: the Times reports that the NPCC is calling for a review of the 43-force structure as a part of the Government’s announced criminal justice review. A much needed review, in my opinion, though a great deal of care will be needed to ensure that it’s not simply a case of accepting that “bigger is always better”. Plot spoiler: it isn’t.

Whilst we should be rightly proud of past achievements, we must always recognise the need to continue to innovate.

Elsewhere today on the Policing Insight website, we’ve several articles that look forward to the policing challenges of the new decade. One of these is technology which, if fully embraced, has the ability to transform policing. Coeus Software’s Simon Hall has written on ten ways in which police can benefit from mobile technology

Whilst we should be rightly proud of past achievements, we must always recognise the need to continue to innovate. Carbyne’s Tim Ellis writes today about the need to take a fresh look at the 999 service that has served us so well for 80 years but is now struggling to manage the needs of the citizen. Former chief police officer Paul Kennedy also takes a closer look at the ‘Next Generation 999’ (NG999) and how it not only will improve efficiency and effectiveness, but better protect the physical and mental wellbeing of our frontline officers.

Tackling cyber crime is also likely to feature heavily on the 2020 policing landscape. Policing contributor Andrew Staniforth explores the ever-evolving nature of the cyber threat. There are tools available to help law enforcement to not only rise to the cyber crime challenge but other challenges too and it is our mission at Policing Insight to share as many of the potential solutions to our increasingly global policing audience as possible. Today, we publish an in-depth article on another of our winners in the World Class Policing Awards which details the incredible work undertaken by Australia’s Queensland Police Service (QPS) to equip thousands of frontline officers with life-saving medical skills and equipment.

The sudden uplift in UK police resourcing provides hope but not a guarantee that policing can put this most difficult of decades behind it and emerge stronger and better.

These are exactly the kind of challenging, thought-provoking and even sometimes disruptive conversations that policing needs and we’re delighted to play host to them here on Policing Insight.

During the year ahead our readers will be able to read further insightful opinion and analysis about the future of policing, from leading thinkers and influencers. We want YOU to take part, too – not just here in the UK, but across the globe, so that ALL can learn from the very best policing insights worldwide. Do be sure to get involved.

The sudden uplift in UK police resourcing provides hope but not a guarantee that policing can put this most difficult of decades behind it and emerge stronger and better. The Policing Insight team look forward to providing a forum for this crucial debate over the months ahead and expressly invite police leaders – of ALL levels of seniority – to have their say. 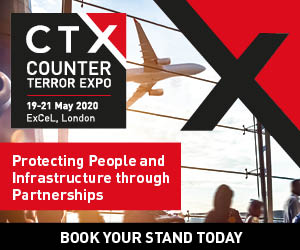