Policing InsightFeaturesOpinionWomen’s police stations in Australia: Would they work for ‘all’ women?

Women’s police stations in Australia: Would they work for ‘all’ women? 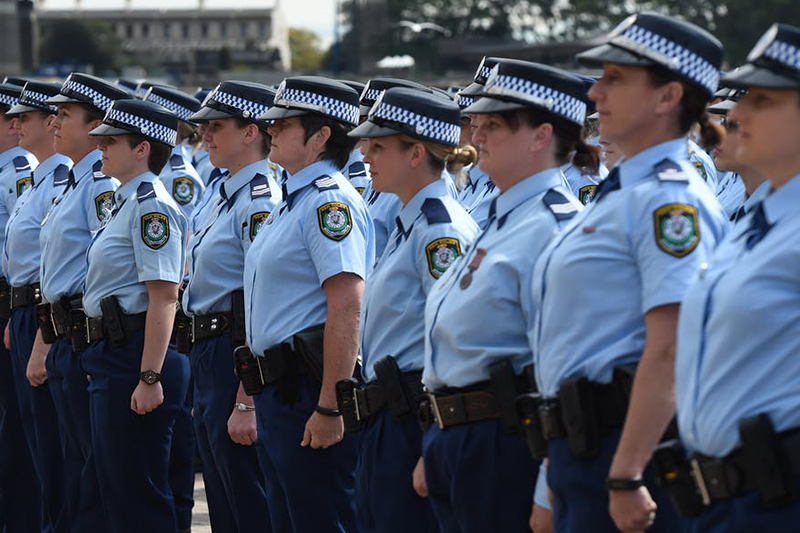 The wide-ranging debate about responses to violence against women in Australia has included proposals for all women police stations; but researchers Dr Amanda Porter (University of Melbourne), journalist Ann Deslandes, Dr Crystal McKinnon (RMIT University) and Dr Marlene Longbottom (University of Wollongong) believe such a move is likely to be ineffective in addressing the real issues, particularly for females in Indigenous communities.

Proposals to expand police powers, to criminalise coercive control and to establish specialist women’s police stations have all occupied a prominent place in Australia’s recent debate about responses to violence against women.

There is currently no credible evidence to support the implementation of women’s police stations, and the research underpinning the proposal in Australia is problematic in several ways.

The proposal to establish women’s police stations has received a strong platform in mainstream media and academic journals. It has also featured in debates on policy development, such as in the Women’s Safety and Justice Taskforce currently underway in Queensland.

In the local and global movement for Black and Indigenous lives where associated campaigns are asking the public to scrutinise police powers and to discuss defunding police, many Australian feminists have been advocating for punitive solutions to domestic violence.

But there is currently no credible evidence to support the implementation of women’s police stations, and the research underpinning the proposal in Australia is problematic in several ways.

What are women’s police stations?

Specialist women’s police stations are designed to respond specifically to violence against women. They have been a feature of policing in Argentina, Brazil and other Latin American countries since the late 1980s, as well as parts of Africa and Asia.

They vary in appearance, with some colourfully designed with playrooms for children and welcome rooms that are decorated with flowers and murals.

Their mandate is to provide services for women. It’s unclear whether the stations provide support for people who identify as women outside of the cis-gender binary.

What does the research say?

Journalists and commentators have frequently used this research to report on and advocate for the establishment of women’s police stations in Australia. Investigative journalist Jess Hill states: “We don’t get cops to fight fires or drive ambulances, because that’s considered specialist work. So why don’t we just take the police who love responding to family violence […] and create a parallel force? […] It’s a proven model that’s existed across Latin America (and various other countries) for 35 years.”

The evidence presented in favour of women’s police stations is largely drawn from two original studies. Both studies were led by Professor Carrington at the Queensland University of Technology.

The first was a study undertaken in Argentina over a three-month period. This research included interviews with 100 employees from 10 women’s police stations in the Buenos Aires province of Argentina. The research participants represented were selected by the province’s Ministry of Security – who the police station reports to.

The second study drew on the findings of two surveys conducted in Australia on attitudes towards the proposal of women’s police stations.

These two surveys were a ‘workforce’ survey, which was distributed to Australian police officers, non-governmental organisations and case workers, and a ‘community’ survey, with recruitment of Australian adults via Facebook advertising.

The second study found people thought women’s police stations could improve the policing of gender violence in Indigenous communities in Australia if staffed by appropriately trained teams working from both gender and culturally sensitive perspectives.

The authors of the study concluded: “Adapted to an Australian context where Indigenous women are many times more likely to experience domestic family violence, these specialist police stations will need to be appropriately staffed by Indigenous and non-Indigenous officers trained to work from both gender and culturally sensitive perspectives.”

Issues with the studies

The study doesn’t consider how the research participants’ statuses as employees of the police stations may have influenced their views.

A third limitation (which the authors acknowledge) is that the study does not examine whether these police stations reduced crime rates, statistics of domestic violence or apprehended violence orders.

Finally, neither study examines whether there was a reduction in crime rates or statistics of domestic violence, femicide or apprehended violence orders.

It is difficult to assess the effectiveness of women’s police stations without this data.

Evaluations of women’s police stations have had mixed results. For example, one recent evidence summary in India found “all-women police stations did not improve services for gender violence victims”.

Another study suggests no improvement in reporting or accountability with respect to women’s police stations in India.

And there is evidence to suggest women’s police stations are not free from discrimination and violence, such as reports of transphobia.

This paper from Spanish-language journal Delito y Sociedad in 2016, reported female officers associated with La Plata women’s police station in Buenos Aires apprehended and publicly searched 10 transgender women. The women said they were threatened with being shot if they moved. They stated four of them were detained for no reason other than their visibility as trans women.

The event led to widespread condemnation of the La Plata women’s police station by transgender advocacy groups, particularly as station staff at that time included a trans woman.

Policing studies conducted in Australia and the UK suggest simply increasing the number of female police officers will never be enough to improve discriminatory policing.

There is also the death of Úrsula Bahillo that indicates these police stations aren’t always effective with protecting people who experience domestic violence.

Bahillo reported violence from her policeman boyfriend to a woman’s police station on at least 18 separate occasions. She died three days after reporting her case to a women’s police station in Buenos Aires province in February this year.

La Capital reported Bahillo’s family stated that the women’s police station “did nothing.” BBC Mundo notes that: “Úrsula Bahillo’s case became notorious for the repeated times she asked for help, denounced her aggressor [to police] and was not listened to.”

Policing studies conducted in Australia and the UK suggest simply increasing the number of female police officers will never be enough to improve discriminatory policing.

Despite female leadership in policing in Queensland, there have still been reports of sexism and racism among police, including police posting on social media that women lie about domestic violence.

What about Black and Indigenous women?

We found very little research on the experiences of Black and Indigenous women with women’s police stations, besides one 2010 report, looking at Latin America, which observed: “Indigenous and Afro-descendent women have limited access [to women’s police stations] because few operators come from or understand those cultures and few speak their languages.”

Indigenous advocates have repeatedly drawn attention to the police failure to protect Indigenous women and families.

Tiffany, who survived the attack, later sued the Northern Territory Police on the grounds of negligence and settled on confidential terms.

We know Indigenous families and communities are often frontline responders to domestic violence. Indigenous women are more likely to report violence or seek support from staff within Indigenous organisations, not police nor non-Indigenous services.

We know policing of domestic violence plays a significant role in the removal of Indigenous children from their families. The deep mistrust of police within Indigenous communities is acknowledged by police themselves.

Why women’s police stations are not the answer

White feminists must listen to Indigenous peoples and organisations who are at the frontline delivering evidence-based early intervention and prevention services, as well as Indigenous researchers with lived experience.

All those who have previously supported women’s police stations should read this important work and reconsider their position. Now is a crucial time for these discussions, on the 30 year anniversary of the Royal Commission into Aboriginal Deaths in Custody, with Indigenous incarceration rates increasing, and the preparation of a new 10-year National Plan to address violence against women and children.

Dr Amanda Porter is a descendant of the Brinja clan of the Yuin Nation and grew up on Yaegl Country in northern rivers, New South Wales. She is Senior Fellow (Indigenous Programs) at the University of Melbourne Law School, where she teaches and researches deaths in custody, unrecorded deaths, premature deaths and near misses.

Ann Deslandes is a freelance journalist, writer and researcher based in Mexico City. She covers politics and culture in Mexico for international English-language media. Ann also writes, reports and consults on human rights, social movements, and community development.

Dr Crystal McKinnon is a Yamatji woman and an academic, researcher and community organiser. She is a Vice Chancellor’s Indigenous Research Fellow in the Social and Global Studies Centre at RMIT University, and is a Visiting Fellow at the Indigenous Law and Justice Hub at the Melbourne Law School.

Dr Marlene Longbottom is a Yuin woman, from Roseby Park mission (Jerrinja) and is the inaugural Aboriginal Postdoctoral Research Fellow with the Ngarruwan Ngadju First Peoples Health & Wellbeing Research Centre, based within the Australian Health Services Research Institute at the University of Wollongong.