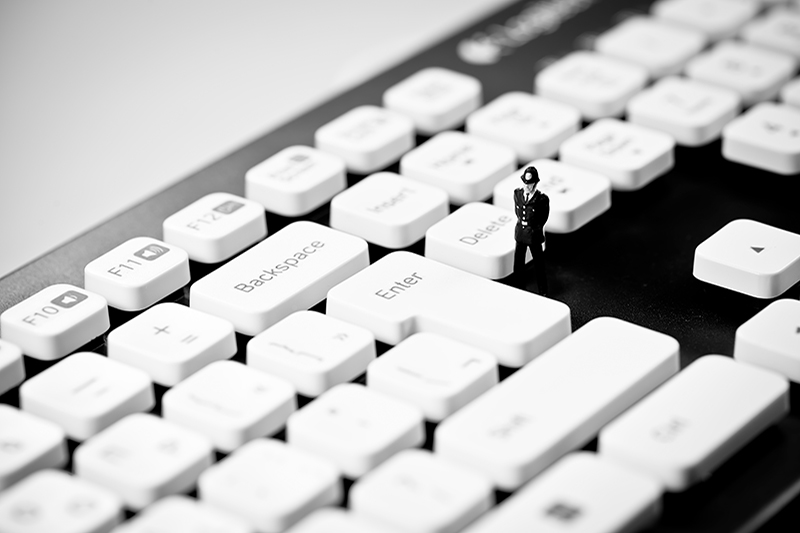 Until now, UK police IT systems have received much less attention from the public and the media than new technologies such as facial recognition and predictive policing, but recent problems have brought increased attention; Dr Katerina Hadjimatheou, Lecturer in Criminology and Ethics at the University of Essex, believes it’s time the spotlight was shone on the three big private technology companies behind these reportedly failing systems.

For over 10 years, public inquiries, press reports, police whistleblowers – and even chief constables – have been raising the issue of police IT systems not being fit for purpose and ultimately failing victims of crime. This has prompted significant media attention and public scrutiny, as well as the resignation of the head of one force.

Just three big developers are being paid tens of millions of pounds to supply the majority of these UK systems – and it’s time a light was shone on them too.

But the role of the private technology companies behind these reportedly failing systems has not been closely examined. Just three big developers are being paid tens of millions of pounds to supply the majority of these UK systems – and it’s time a light was shone on them too.

The market is dominated by the Japanese-owned tech giant NEC, a US-based specialist provider Niche RMS, and the UK-based Capita. According to my ongoing research, at least 41 of the UK’s 43 forces are now the proud owners of a commercially produced integrated data system.

According to their own websites Niche serves 26 forces with NEC serving 16. My own research suggests that Capita is offering its services to about four forces.

Large-scale investment in new police data systems in the UK follows a government directive requiring police to improve the way they collect and share intelligence.

This directive came following a 2004 public inquiry into the murders of schoolgirls Holly Wells and Jessica Chapman by a known sex offender in Soham, Cambridgeshire. The inquiry found that better police data practices could have prevented the crimes.

As these public-private partnerships become an ever-more embedded feature of UK policing, it is time to start asking whether they work in the public interest – because there have been examples which appear to call this into question.

Since then, police forces across the UK have embarked on a massive procurement spree, buying complicated data systems, chiefly from these three large multinational technology developers.

As well as being paid huge sums to design and implement the systems, these companies are often granted long-term contracts to provide IT services and maintenance on an ongoing basis, fixing errors and glitches, developing new functionalities and redesigning parts that are not working well.

As these public-private partnerships become an ever-more embedded feature of UK policing, it is time to start asking whether they work in the public interest – because there have been examples which appear to call this into question.

In June, the new chief constable of Greater Manchester Police (GMP) admitted that his force’s £27 million crime reporting system “doesn’t work” and may need to be scrapped.

"There is a systemic issue of the under-recording of crime."

His admission follows a troubled year, in which the force was placed in ‘special measures’ by inspectors, leading to the resignation of his predecessor following a snap inspection of the iOPS IT system developed by Capita which found that 800,000 crimes and 74% of child protection incidents had mistakenly gone unrecorded.

Further reports then emerged that “a dataset of personal information” – including the names and details of sexual assault victims – was made available online, leading to massive breaches of privacy, although blame for this has not as yet been attributed to a failing of the IT system.

But GMP is not the only force having serious problems with IT systems. In 2019, it was reported that the Athena platform, which cost £35million and which enables data to be shared instantly across nine UK police forces, was “unfit for purpose”. Frequent crashes of the system and overly complicated processes meant police were failing to charge criminals in time for cases to make it to court.

Similar issues were raised in 2015 when Essex police was reportedly forced to turn to pen and paper after the Athena system crashed for days. Developers Northgate Public Services – which have since been taken over by NEC – apologised at the time for problems “in small areas” which it said it was fixing. Northgate’s Connect platform, which forms the basis for Athena, is in use by 16 forces.

And in 2009, West Yorkshire police acknowledged in response to a freedom of information request that their introduction of the new Niche platform had “led to wrongful arrests”. However, they also said the “critical perspective of Niche” was a result of their efforts to “identify areas for improvement”.

Police data systems have received much less media attention than more captivating, futuristic technologies like facial recognition and predictive policing. But they have far greater implications for the way people are policed today.

The problems appear to be widespread. A 2018 survey found that only 2% of police officers nationally were satisfied with their IT systems, and only 30% thought their force invested wisely in them.

Police data systems have received much less media attention than more captivating, futuristic technologies like facial recognition and predictive policing. But they have far greater implications for the way people are policed today.

They determine what data police can record, how they record it and how easily that data can be accessed, shared, analysed and corrected. When the systems glitch, crimes are left un-investigated, victims are failed, innocent people are arrested and criminals escape justice – as the cases of Manchester, Essex and West Yorkshire have already shown.

The relationship between big police tech and policing is shielded behind commercial confidentiality – it’s time the Government opened it up to proper public scrutiny.

A spokesperson for Niche said: “We deliver information management solutions to police services around the world in support of their public safety/safeguarding mission, and we welcome feedback that allows us to improve our products in support of our customers’ mission.” Capita declined to comment. NEC were also approached for comment on the issues raised in this article.

Dr Katerina Hadjimatheou is an applied ethicist and criminologist. Her work examines the implications of new developments in digital technologies and use of data for public security and policing, and has been published in leading criminology and philosophy journals including British Journal of Criminology, and Law and Philosophy. Kat has more than 10 years’ experience working on interdisciplinary research projects funded by the European Commission, the EU Border Agency, and the UK’s Economic and Social Research Council. She is a recognised expert in the ethics of technologies in a security and policing context and has been invited to provide consultation and advice to the Ministry of Justice, the Foreign and Commonwealth Office, the UK’s College of Policing, and the National Police Chiefs’ Council.