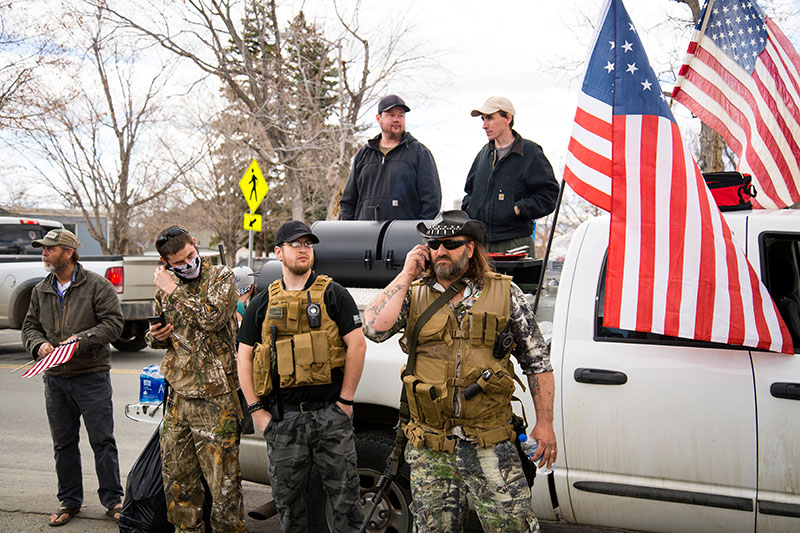 The UN reports a 320% increase in right-wing terrorism globally in the five years prior to 2020; as the impact of the COVID-19 pandemic provides a fertile breeding ground for fanaticism, Sean Spence, doctorate student in security risk management at the University of Portsmouth, explains why any current 'fifth wave' of terrorism is likely to come from the far right.

In April 2020, the United Nation’s Secretary-General, António Guterres, addressed members of the Security Council by warning them that the COVID-19 pandemic could threaten global peace and security.

If the health crisis was not managed effectively, he feared that its negative economic consequences, along with a mismanaged government response, would provide an opportunity for white supremacists, right-wing extremists and others to promote division, social unrest and even violence to achieve their objectives.

In early October 2020, less than a month before the United States federal election, the FBI thwarted an alleged terrorism plot by right-wing extremists to kidnap the Michigan Governor, storm the state capital building and commit acts of violence against law enforcement. 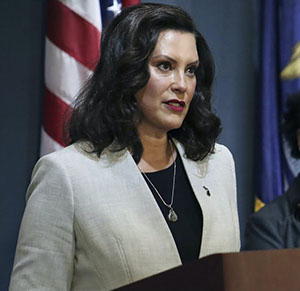 Michigan Governor Gretchen Whitmer was the focus of a kidnapping plot by right-wing extremists (© Michigan Office of the Governor).

Their aim, according to court documents, was to start a ‘civil war leading to societal collapse.’ To date, 14 men have been arrested on charges of terrorism and other related crimes. Several of them are linked to the Wolverine Watchmen, a militia-type group in Michigan that espouses anti-government and anti-law enforcement views.

The FBI recently briefed US senators on the evolving concern of domestic violent extremists, groups whose ideological goals to commit violence stem from domestic influences such as social movements like #MeToo, Black Lives Matter and government policies.

The composition of many of these organisations is one of right-wing terror groups whose grievances are rooted in racism, misogyny, anti-Semitism, anti-LGBTQ sentiments, Islamophobia and perceptions of government overreach.

Given the wide range of grievances, these groups are defined as being complex, with overlapping viewpoints from similarly minded individuals advocating different but related ideologies.

Feminist researchers believe the rise of disenfranchised middle-class white males is leading to increased toxic masculinity within society, as evidenced by the increased popularity of the so-called manosphere to share extremist ideas and vent their grievances. Law enforcement agencies are concerned that the manosphere and similar online communities are radicalising young men to commit violence to achieve their goals.

This concern is valid, with plenty of evidence to support it. According to the University of Maryland’s Global Terrorism Database, there were 310 terrorist attacks resulting in 316 deaths (excluding perpetrators) in the United States alone from 2015 to 2019.

Recent terrorist attacks in New Zealand (2019), Germany (2019) and Norway (2019) are indicators of this trend. The Centre for Research on Extremism at the University of Oslo reports that both Spain and Greece are growing hotbeds for right-wing terrorism and violence.

Canada isn’t immune to these violent extremist ideologies. Many sympathisers to these causes reside in Canada, and as such there is always a risk for attacks. But the Canadian Government is taking notice and has listed Combat 18 and Blood & Honour as right-wing terrorist organisations.

Right-wing extremism is of such concern that when the top international security policy-makers met at the 2019 Munich Security Conference, they ranked it alongside space security, climate security and emerging technologies as the top global security threats.

It would appear as though the world is at the dawn of a new age of terrorism that’s different from before. Famed terrorism researcher David C. Rapoport argued in his influential thesis The Four Waves of Rebel Terror and September 11 that modern terrorism can be categorised into four distinct waves.

The first ‘Anarchist Wave’ began in the 1880s in Russia with the Narodnaya Volya (‘The People’s Will’) conducting assassinations of political leaders. It continued until the 1920s, spreading across the Balkans and eventually into the West, influencing the creation of new terror groups within different countries.

The 1990s witnessed the birth of the ‘Religious Wave’ in which terror groups like al-Qaida used religious ideology as a justification to overthrow secular governments with martyrdom tactics like suicide bombings.

The 1920s saw the beginning of the ‘Anti-Colonial Wave’ coming out of the remnants of the First World War, when groups like the Irish Republican Army (IRA) began using ambush tactics against police and military targets to force political change.

In the 1960s, the ‘New Left Wave’ was created. This third wave emerged from the perceived oppression of Western countries within the developing world (like Vietnam and the Middle East). Its tactics included plane hijackings, embassy attacks and kidnappings perpetrated by groups like the Palestine Liberation Organization (PLO).

Finally, the 1990s witnessed the birth of the ‘Religious Wave’ in which terror groups like al-Qaida used religious ideology as a justification to overthrow secular governments with martyrdom tactics like suicide bombings.

What all these waves have in common is that they last for a few decades and become infectious over time, spreading across the globe as new groups learn and adopt the successful tactics of previous ones.

This brings us to today’s right-wing terrorism. Already observers have signalled the decline of violent Islamic movements and the rise of far-right extremist activities. Is right-wing violent extremism the new fifth wave of modern terrorism?

If so, there’s no doubt the negative societal impacts of COVID-19 will only help accelerate the radicalisation of its adherents.

And if the duration of the previous four waves have taught us anything, it’s that this new one could be around for many more years to come.