How COVID has reopened sectarian tensions over policing in Northern Ireland 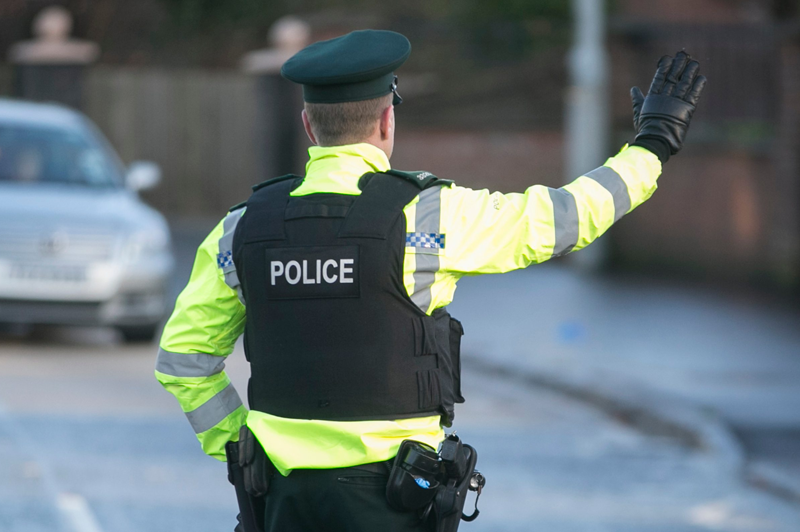 Applying and enforcing COVID-19 legislation has been a difficult balancing act for many police forces, but in Northern Ireland the added context of sectarian conflict and discrimination has proved particularly challenging; Dr Kevin Hearty of Queen’s University Belfast believes the recent actions of the Police Service of Northern Ireland could reopen long-standing divisions.

The problem of enforcing coronavirus restrictions without coming into conflict with significant parts of the population has afflicted many police forces during the pandemic. Reports, unimaginable a year ago, of weddings, christenings and other social gatherings being broken up have naturally led to concerns about police over-reach.

In the north of Ireland, policing is interpreted through what happens in other communities and areas as much as it is by what happens in one’s own community. The PSNI has therefore been under constant scrutiny over its handling of the pandemic.

In Northern Ireland, however, this problem comes with historic baggage. During the years of conflict, the police force (the Royal Ulster Constabulary) was associated with the British state. It enjoyed a close relationship with the largely Protestant unionist community but a fractious one with the largely Catholic nationalist community, who didn’t recognise its authority. Cases of unfair treatment made it worse.

Post-conflict police reform in Northern Ireland was aimed at remedying this. Symbolic changes were made – like renaming the force the Police Service of Northern Ireland (PSNI) and attempting to recruit more Catholics. This was meant to build support for the new police force from all communities. Whether it involved too little or too much change remains contested.

Even before the pandemic, many working-class communities felt they were unfairly targeted by the PSNI when it came to policing political protests, yet, at the same time, were receiving a substandard service from the force when it came to investigating crime and anti-social behaviour.

In the north of Ireland, policing is interpreted through what happens in other communities and areas as much as it is by what happens in one’s own community. The PSNI has therefore been under constant scrutiny over its handling of the pandemic. Every move the police have taken, or not taken, has been closely observed by those in ‘hard-to-reach’ communities that have traditionally had a difficult relationship with the police.

Since March 2020 there have been various levels of restrictions on gatherings like weddings and funerals, which have also extended to other social and public gatherings in Northern Ireland. Acting in one situation, but not in another, has led to renewed claims of over-policing and under-policing.

The PSNI stands accused of failing to prevent mass gatherings at a number of high-profile funerals in both Irish republican and Ulster loyalist communities. Complaints that some grieving families were above the law while others are subjected to it soon followed.

Likewise, the decision to issue fines to protesters at Black Lives Matter protests, while failing to take similar action against those who had gathered to “protect” statues in Belfast, was also heavily criticised.

But two more recent incidents have caused even greater tension.

In the first, footage emerged of PSNI officers failing to stop dozens of masked loyalists taking to the streets of east Belfast as part of a local dispute there.

The sight of PSNI officers failing to make any attempt to arrest those contravening coronavirus-related public safety regulations quickly gave rise to claims that the PSNI was turning a blind eye to what looked like loyalist paramilitary activity. Still reeling from the criticism of its mishandling of this incident, by the end of the same week, things went from bad to worse for the force.

On Tuesday #PSNI failed to stop a wanton act of intimidation by unionist paramilitaries in East Belfast.

Today #PSNI arrested Mark Sykes at the scene of his attempted murder by unionist paramilitaries 29 years ago after laying flowers.

The ‘new beginning to policing’…? pic.twitter.com/1czeUMwDf7

A number of people gathered for a socially distanced wreath-laying at a bookmaker’s shop on the Ormeau Road where, 29 years previously, loyalist gunmen had shot dead five patrons. There are conflicting accounts of the exact numbers involved and whether the event breached COVID restrictions. But as the event came to a close, PSNI officers intervened and, as matters escalated, they arrested one attendee. This attendee, it transpired, was a survivor who had also lost his brother-in-law in the 1992 attack.

As footage of the arrest emerged on social media, PSNI Chief Constable Simon Byrne was forced into a panicked Saturday night apology. This, however, has done little to dampen disquiet over the PSNI’s actions.

Not only has the arrest left a very bad taste in the mouths of victims and survivors of the 1992 attack, it has also immeasurably damaged the PSNI’s attempt to reach out to excluded working-class nationalist communities in the hopes of increasing its legitimacy.

The force has been attempting to recruit people from these communities in order to ensure that its officers better represent the areas they are policing. Unfortunately, the PSNI’s actions throughout the pandemic are unlikely to encourage prospective recruits to join and, therefore, could set back progress towards resolving this long-standing problem.

An apology after the fact does little to convince already sceptical audiences. Seeing is believing, as they say, and what ‘hard-to-reach’ communities have seen during the pandemic has only reinforced, rather than challenged, their misgivings about the PSNI.