Policing InsightFeaturesOpinionAlcohol bans and law and order responses to crime in Alice Springs haven’t worked in the past, and won’t work now

Alcohol bans and law and order responses to crime in Alice Springs haven’t worked in the past, and won’t work now 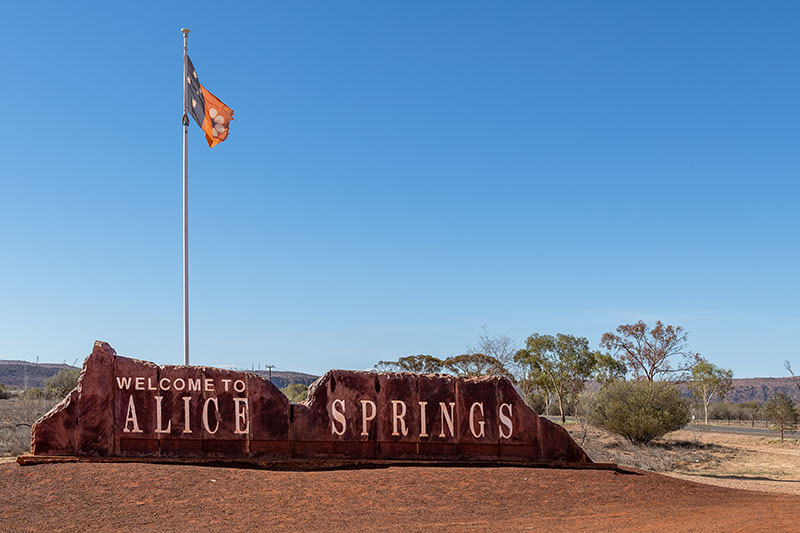 A youth ‘crime wave’ in Alice Springs – partly blamed on last year’s lifting of ‘Intervention’ laws – has led to more officers on the streets and more youngsters locked up; but Professor Thalia Anthony and Researcher Vanessa Napaltjari Davis argue that this ‘knee-jerk’ law and order response ignores longer term Royal Commission calls for a more humane response to young people and for greater support for First Nations families and organisations.

Such approaches proceed without honouring the diverse perspectives of First Nations people. The current frenzy around the Alice Springs crime wave risks repeating the same mistakes.

Since colonisation, “interventions” to curb Aboriginal “crime” and alcohol have been deployed to control and harm First Nations communities and people. Nowhere is this more true than in the Northern Territory.

When these moral panics reach the national media and political stage, the response has typically been top-down policies by federal and territory governments to disempower First Nations people and deny equal rights.

Such approaches proceed without honouring the diverse perspectives of First Nations people. The current frenzy around the Alice Springs crime wave risks repeating the same mistakes.

Federal Government ‘interventions’ have been shown not to work

In 2007, claims of endemic crime in remote Aboriginal communities precipitated the Northern Territory Intervention. This was a discriminatory set of laws against Aboriginal people, which were purportedly designed to address the “emergency” of crimes against Aboriginal children, including paedophilia rings.

The latter claim was proven to be a media beat-up involving a federal government fabrication, but that did not stop the roll out of Intervention across remote Aboriginal communities and town camps for 15 years.

The Federal Government enacted the Northern Territory National Emergency Response Act 2007 and its successor, the Stronger Futures Act 2012. These, along with other amendments to Federal and Territory laws:

Over the Intervention period, unprecedented numbers of Aboriginal youth and adults were detained, and Aboriginal children were taken from their families into state care.

Repeal of (some) Intervention laws

These laws were repealed last year due to the sunset clause of July 2022. However, remnants of the legislation remain in other Commonwealth and Northern Territory legislation.

These include extended policing powers in remote communities, continuation of a cashless welfare system (despite opt-out provisions), and a prohibition on cultural and customary law considerations in Northern Territory sentencing and bail.

Despite the Federal Government’s substantial spending on the Intervention, media reports on Aboriginal crime continued unabated – resulting in more police and tougher penalties.

In 2021, a crime wave in Tennant Creek prompted the repeal of youth bail rights, making it harder for young people to get bail. This contributed to a 94% increase in the youth detention population in 2021/22. Almost all of these are Aboriginal children.

Over the summer, the media, business, police and politicians have redoubled their focus on the Alice Springs youth crime wave. The messaging about this crime wave has morphed.

The response by Alice Springs local council, and the Federal Government and opposition, has been to characterise the ‘crime wave’ as ‘an absolute matter of urgency’.

Initially, it was depicted as primarily property damage. The ‘broken windows’ of businesses became a metaphor, as it did in New York in the 1990s, for out-of-control youth who need to be brought back in line through tough policing.

In recent weeks, the media and political focus has shifted to alcohol-fuelled violent crime. The blame has been placed on the lifting of alcohol restrictions in Alice Springs town camps since the repeal of the Intervention legislation.

While the repeal of the bans in July were welcomed by Aboriginal organisations such as Tangentyere Council in Alice Springs, which described them as “punitive and race-based”, Country Liberal politicians immediately called for their reintroduction. The Alice Springs “crime wave” has been opportune for those seeking to reimpose blanket bans.

The response by Alice Springs local council, and the Federal Government and opposition, has been to characterise the “crime wave” as “an absolute matter of urgency”.

The Alice Springs Mayor called for an intervention. He also called for the Australian Defence Force or the Federal Police to be deployed to the area.

Following a “crisis” visit to Alice Springs, Prime Minister Anthony Albanese called for a partnership between the Northern Territory Government and the Federal Government to address the problem. The Government has also announced new alcohol restrictions. So far, these apply universally and not only to Aboriginal people. However, the Government is also considering bans on Aboriginal communities.

What is not being heard

This knee-jerk response overlooks the long-term advocacy of First Nations organisations and the findings of the Royal Commission into Youth Detention and Children Protection in the Northern Territory.

The Royal Commission identified the need for more humane responses to young people rather than law and order strategies that have been rolled out in ways that inflict degrading and inhumane treatment. There have been calls for greater support for First Nations families and organisations to empower them to keep their communities and families safe.

An analysis and response to youth crime in the Northern Territory needs to avoid the same old politics that inevitably lead to First Nations young people becoming collateral damage.

The Northern Territory Aboriginal Justice Agreement has identified the need for better justice partnerships between government and Aboriginal communities. Yet, the media coverage has been on the need for top-down punitive and paternalistic responses.

An analysis and response to youth crime in the Northern Territory needs to avoid the same old politics that inevitably lead to First Nations young people becoming collateral damage.

The politics of control and imprisonment have not proven effective, and as Albert Einstein would say – it is madness to retry the same things that haven’t worked.

This article first appeared on The Conversation, and is republished under a Creative Commons Licence; the original can be read here. 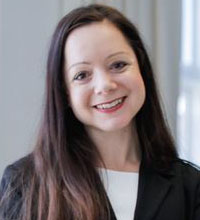 Dr Thalia Anthony is Professor of Law at University of Technology Sydney. Her expertise is in the areas of criminal law and procedure and Indigenous people and the law, with a particular specialisation in Indigenous criminalisation and Indigenous community justice mechanisms. Her research is grounded in legal history and understandings of the colonial legacy in legal institutions, and informed by fieldwork in Indigenous communities and partnerships with Indigenous legal organisations in Australia and overseas. 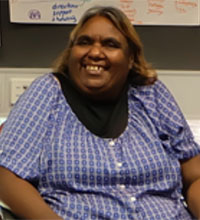 Vanessa Napaltjari Davis has more than two decades experience in social research work, evaluation and data input and analysis. Vanessa has the linguistic and cultural knowledge to conduct respectful, community identified and community partnered research, which she has done successfully across diverse research topics spanning language acquisition, wellbeing, housing and energy, throughout her career as Senior Aboriginal Researcher at the Tangentyere Research Hub in Mparntwe / Alice Springs in Central Australia.