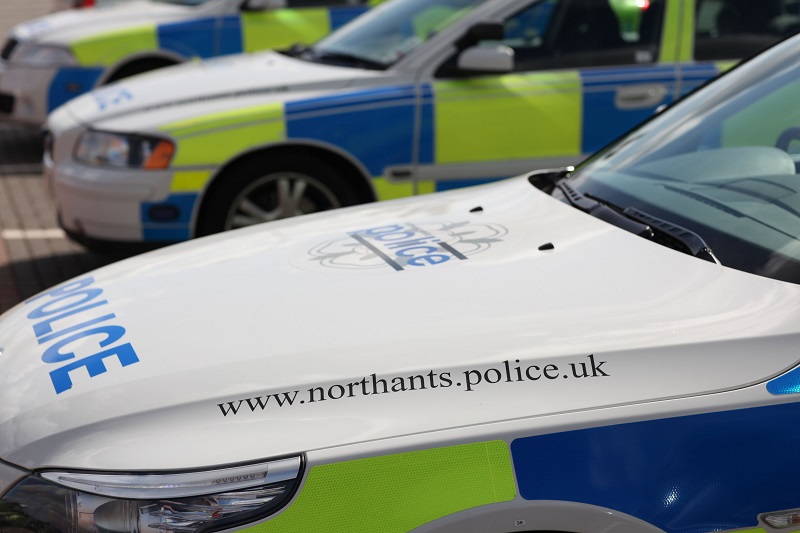 Known for its innovative approaches to policing, Northamptonshire Police is always seeking better ways to fight crime and protect people – so they turned to NICE Investigate for digital transformation. Because it sits on top of Northamptonshire Police's other digital evidence systems, NICE Investigate can automate the case building process by searching across connected data sources for evidence. As soon as investigators log in, their digital evidence is waiting in electronic case folders for them.

Known for its forward-thinking and innovative approaches to policing, Northamptonshire Police is a 1350 officer-strong force in England, responsible for policing the county of Northamptonshire. The force covers 914 square miles and serves a population of approximately 741,000 people which is steadily growing. Northamptonshire is one of highest growth areas in England and the East Midlands, with a population that has increased by nearly 1 percent over the past year.

In spite of the fact that it’s a rural police force, Northamptonshire Police deals with its share of Metropolitan-level crime. Because of its proximity to key roads and rail networks, Northamptonshire Police has found itself in the cross hairs of organised crime groups and county line crime. At the same time, like most UK forces it struggles to manage the greater variety and volume of digital evidence needed to solve crimes, and particularly the manual processes around collecting, analysing and sharing it.

As it sought better ways to fight crime and protect people in the digital age, Northamptonshire Police knew it needed to turn to digital transformation. So the force initiated a strategic plan, dubbed Futures Project 25 (FP25). Among other things, the plan calls for the use of technology to support improved collaboration and a more productive and effective workforce, along with digitally transforming investigations for swifter and more effective justice.

To address these challenges, Northamptonshire Police turned to NICE Investigate. NICE Investigate is a one-stop solution for transforming manual processes around the collection, management, analysis and sharing of all types of digital evidence.

Andrew Tuff, a Detective Inspector in the Digital Hub at Northamptonshire Police, got his first glimpse of NICE Investigate at Merseyside Police.

NICE Investigate helps detectives understand immediately what they have to work with, and puts that material all in one place in front of them”
DI Andrew Tuff, Northamptonshire Police

“We visited Merseyside to get a demonstration of NICE Investigate and I was able to immediately see the value of NICE Investigate in terms of progressing our force digitally, and managing the large volumes of digital evidence involved in investigations. It’s not just about saving time. It goes back to our mission of putting the public first in all we do, and addressing victims’ needs by concluding investigations faster and better.”

The key to more efficient and effective investigations is improving a detective’s understanding of what material is available and relevant to a case, and making that information readily accessible.

Because it sits on top of Northamptonshire Police’s other digital evidence systems, NICE Investigate does precisely that. In fact, NICE Investigate goes one step further by automating the case building process. It can automatically search across all connected data sources for evidence. As soon as a detective logs in, the evidence is waiting in an electronic case folder for them. With NICE Investigate, there’s no need to log onto different systems, or drive to go and collect evidence.

“NICE Investigate helps detectives understand immediately what they have to work with, and puts that material all in one place in front of them,” Tuff added. “This is a big step forward for us and we will be integrating more of our systems as the rollout continues across the force.”

To date, Northamptonshire Police has integrated NICE Investigate with its NicheRMS records management system, STORM command and control system, 999 call recording and Fotoware for CSI and other images. The next phase will see the force integrate its Body Worn Video and interview recording systems. NICE Investigate has also given the Serious and Organised Crime Team a huge leg up in investigating crime, thanks to its integration with NicheRMS.

Tuff explains: “There’s a common saying amongst detectives. You don’t know what you don’t know. So any system that helps us to uncover new lines of enquiry and evidence, especially for complex and serious crimes, is a real win-win for us.”

Tuff says the integration between NICE Investigate and Niche has been helpful in this regard by uncovering new intelligence without the time-intensive trawling of data. The integration between NICE Investigate and Niche accelerates case building by using RMS data to enrich evidence searches across all systems connected to NICE Investigate, and by automatically ingesting evidence into case folders. Investigators get a complete evidence view in a single pane of glass. Officers can also conduct lightning fast searches across connected systems using criteria like collar numbers, assigned officers, time and date, location and address, case types, involved persons, vehicle number plate, ownership registration details and more.

We’ve used NICE Investigate to electronically share some phone downloads related to a homicide case, which would have taken considerable time to transport in person, or days to send through the post”
DI Andrew Tuff, Northamptonshire Police

NICE Investigate is also making it easier for detectives to gather evidence from the public without leaving the office. Using NICE Investigate’s Community Portal, a detective can create a community appeal for any active investigation in seconds, with a secure link that can either be emailed to an eyewitness or shared on social media. The recipients simply click on the link to submit their videos, photos and tips. The content is automatically uploaded to the NICE Investigate cloud and detectives are immediately alerted when their new case evidence appears.

Businesses and citizens can also use the Community Portal to register their video cameras and share video evidence, so investigators don’t have to travel to the scene to manually retrieve, copy and convert video.

With NICE Investigate, registered business owners will be able to share video footage remotely without having an officer physically travel to the location to retrieve it. When uploaded into NICE Investigate, CCTV is virus-checked and automatically converted to a playable format.

NICE Investigate also makes it easier to collaborate and share evidence within the wider policing community. Now, instead of driving to a neighbouring force, Northamptonshire Police detectives can share evidence with their colleagues in other forces or organisations electronically, simply by emailing a digital case file link.

“We’ve used NICE Investigate to electronically share some phone downloads related to a homicide case, which would have taken considerable time to transport in person, or days to send through the post,” Tuff says.

By sharing the CCTV footage while the other force was on the phone with the Crown Prosecution Service, they were able to use that footage to support a remand application.”
DI Andrew Tuff, Northamptonshire Police

The AV team at Northamptonshire Police has also used NICE Investigate to share interview recordings related to sexual offenses that have occurred outside of its area. “Even if the alleged crime occurred in another jurisdiction, we still take the responsibility for interviewing victims when they come to us because it’s really important,” he said. “That said, the host force needs the interview recordings to conduct their investigation. So we’ve been able to streamline the sharing of those interviews through NICE Investigate.”

Tuff also cites an example where the Northamptonshire Police needed to share CCTV footage related to an alleged crime committed by a prisoner who was already in the custody of a neighbouring force. “By sharing the CCTV footage while the other force was on the phone with the Crown Prosecution Service, they were able to use that footage to support a remand application.”

Without NICE Investigate the force would not have been able to respond in time and the suspect would likely have been bailed.

“Being able to share footage with CPS in this way is far more impactful than simply submitting a viewing statement from an officer,” notes Tuff. “This is just one example that perfectly demonstrates the wider benefit of NICE Investigate in supporting the work of the broader criminal justice community in its collective effort to fight crime and protect people.”

NICE Investigate is currently available to all 1350 Northamptonshire Police officers. The initial focus had been on promoting its use within CID and detective based roles. Next, Tuff says, the force plans to proactively roll it out to response officers who primarily handle volume crimes as well.