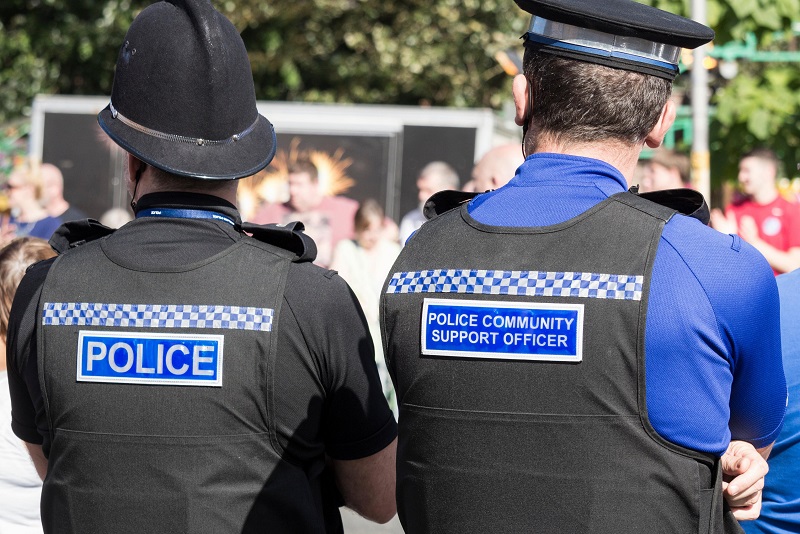 Like many forces across the UK Cleveland Police struggled to manage rapidly increasing digital evidence. The collection of CCTV video alone required thousands of trips each week - a huge time and resource drain. The force also needed to comply with national requirements around sharing digital evidence, which was moving toward a digital model. With NICE Investigate, officers can now collect and share evidence through a fully electronic process.

With a workforce of 1,500 police officers, Cleveland (UK) Police cover a region of approximately 230 square miles, which includes Hartlepool, Middlesbrough, Redcar and Cleveland and Stockton and a population of around 560,000 people. The Force was formed in 1974 as the successor to the Teesside Constabulary and the York and North East Yorkshire Police. It also took over part of Durham Constabulary. Cleveland Police core vision and values focus on transparency, impartiality, integrity and public service.

Like many forces in the UK Cleveland Police realised they were struggling to manage rapidly increasing volumes of digital evidence. The collection of CCTV video alone would typically require an estimated 4,500 trips per week by officers – a huge time and resource drain. The force was also looking to step up its compliance with national requirements around the sharing of digital evidence, which are moving toward a fully electronic digital model, instead of using removable media and manual methods.

Additionally, Cleveland Police was also looking for a way to better serve and protect the safety of the community, officers, and justice partners in the face of the Covid-19 pandemic, by limiting in-person contact inherent in evidence collection.

Barker comments: “Deploying NICE Investigate Xpress in advance of our full NICE Investigate rollout has enabled us to come up the learning curve quickly, and keep officers and the public safe.”

The full version of NICE Investigate is now implemented force-wide and fully integrated with Niche records management, STORM command and control, custody interview recording, body-worn video and will be integrating with 999 call recording and in-car footage in the near future.

Investigators are now able to collect evidence through a single login, instead of doing their work in multiple systems, vastly increasing their efficiency. Using analytics, NICE Investigate also correlates all of this structured and unstructured data to rapidly uncover connections and push that evidence to investigators. NICE Investigate is also helping the force better serve the needs of the community by providing an easy, discreet way for members of the public, businesses and community organisations to share digital evidence.

Being able to click a link and discreetly upload and share data with the police online, removes any concerns, Covid-19 related or otherwise, regarding having a uniformed officer on the doorstep.”
Chief Inspector Chris Barker, Project Lead, Cleveland Police

Instead of making hundreds of trips each week to manually collect evidence, officers can now use NICE Investigate’s Public Portal to conduct online public appeals, for example relating to crimes such as missing persons and burglaries. Cleveland Police has also seen public confidence increase when sharing information, such as CCTV, dashcam footage, photos, social media, SMS messages, etc. – evidence which is often critical to successful investigations, charging decisions and prosecutions.

Project Lead at Cleveland Police, Chief Inspector Chris Barker, states: “Being able to click a link and discreetly upload and share data with the police online, removes any concerns, Covid-19 related or otherwise, regarding having a uniformed officer on the doorstep.” He continues: “A further benefit has been a considerable saving of valuable police community support and neighbourhood officers’ time, as the time spent disseminating requests for information, door-to-door during an investigation has been greatly reduced.”

NICE Investigate has also enabled the force to introduce a well-received community initiative whereby local authorities, local businesses, hospitals, and residents are able to quickly register their CCTV cameras with Cleveland Police. Viewing cameras geo-located on a map, police officers can now request and receive CCTV video electronically, instead of driving to each location. Uploaded content is automatically virus-checked, transcoded, and securely stored in the cloud.

Prompted by the requirements laid out by the CPS, Cleveland Police has also completely transformed how its sharing information with its criminal justice partners for prosecutions and disclosure. The resource drain of copying of case files and digital evidence onto CDs, USB drives and paper, has been completely replaced with a fully electronic and audited process that ensures chain of custody is preserved. Officers now simply email secure links to NICE Investigate’s digital case files.

Barker concludes: “The feedback we’ve received from our officers has been positive and our engagement with the CPS through NICE Investigate’s wholly digital process is working well.”