A Labour PCC has told Policing Insight that the government’s drugs policy isn’t working and needs an urgent review.

Derbyshire police chief Alan Charles called for “an adult and mature debate” about how the situation can be improved, which other PCCs have backed.

He said: “In December 2013 we had a major operation in north Derbyshire where 45 people were arrested, a significant number got custodial sentences including one dealer who sold drugs to a 22-year-old girl who died.

It’s not about calling for legislation or legalisation, the government should be commissioning a review of their drugs policy and we should be having an adult and mature debate about it

“It was a brilliant policing operation but did it stop drugs from being sold on the streets? There is a very strong chance it actually increased it because it created a vacuum.”

“What we are not getting is a good, evidence-based review of drugs policy to see how we can improve the situation.

“It’s not about calling for legislation or legalisation, the government should be commissioning a review of their drugs policy and we should be having an adult and mature debate about it.

“When you start talking to people about this they seem to bury their heads in the sand. And while that’s happening, criminals are ruining people’s lives.”

To highlight the issue, Mr Charles will host a multi-agency drugs conference on Thursday, June 25, examining the current response to drug crime regionally and nationally, and calling on the government to review, through a commission, all drugs policy in the UK.

Last year MPs supported a review of the 40-year-old Misuse of Drugs Act during a debate in the House of Commons brought by Caroline Lucas, the Green MP. However the vote does not mean that the government has to take any action.

Ms Lucas claimed that ‘fear of the tabloids’ had made politicians reluctant to speak out. She added that current policies are often counter-productive and appealed to the government to consider all options to the UK’s drug laws and learn from countries that have adopted a more evidence-based approach.

The Independent PCC for Kent Ann Barnes supported Mr Charles and insisted that politics should be put to one side for a thorough debate to take place.

She said: “We do need to take the politics out of it otherwise people will get hung up on that and not on the wider issues. It’s not just the job of the government, it’s up to police forces to enforce the law and it’s the job of the PCC to make sure they do that. We need to look at what works and what doesn’t and what is in the best interests of everybody.”

Nick Alston, PCC for Essex and Chair of the Association of Police and Crime Commissioners also waded in to the debate but said he didn’t want to see any changes to the law.

“There is no doubt that drugs cause serious harm to both those who take them and the communities who suffer with the associated problems caused by drug abuse and dealing.”

He added: “Figures for the single month of April 2015 show that of the 270 drug tests carried out in Essex Police custody suites 117, or 43 per cent, tested positive for Class A drugs.

“This demonstrates the prevalence of drug abuse amongst those committing criminal offences. The police therefore have my wholehearted support to target those dealers who bring this scourge into our society.

“I am not in favour of changes to the law with regard to the decriminalisation of some drugs, as they are all harmful in my view. However neither am I in favour of criminalising for example youngsters who partake in occasional cannabis use and I support officers using their sense and discretion in matters such as this.”

The government is thought to be drawing up plans for a blanket ban on so-called legal highs, a move that has infuriated the Advisory Council on the Misuse of Drugs who say they were not consulted. 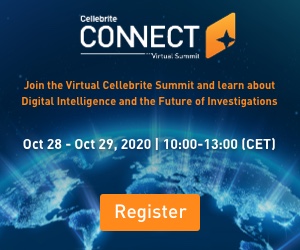