Christopher Salmon, Dyfed-Powys PCC, looks back at his first term as PCC, and looks forward to "commissioning, consulting and listening" if re-elected

I’m coming to the end of my term as Police and Crime Commissioner for Dyfed Powys. Elections are beginning. On 5th May, people in Carmarthenshire, Pembrokeshire, Powys and Ceredigion will decide who should fill the role for second term. How does the first term look?

If the first term of this role was about the police, the second term should be about the ‘and crime’ part of the title. Holding the police to account is vital. It took time to establish. But, the real power of this role is in the commissioning, consulting and the listening.

I stood for this job in 2012 because I could see its potential to make a difference to people’s lives. I’m standing again for the same reason.

The police and crime commissioner controls the budget for policing and crime prevention, in my case around £100m. I’ve been able to set priorities to keep our communities safe. For me, that has meant two things.

First, it means prevention. Preventing crime means fewer victims, less damage and none of the costs associated with trials and prison. Secondly, it means rural answers to rural problems. Ours is the largest police area in England and Wales. We have some big towns but we cannot escape our huge geography.

I’m proud we’ve been able to increase the number of officers in Dyfed Powys. I’m proud they are able to spend more time protecting people, thanks to better mobile technology. I’m proud that crime and antisocial behaviour have fallen further and faster than anywhere else in Wales. And I’m proud I’ve been able to improve support for victims, particularly of the most damaging crimes like domestic and sexual abuse.

I was able to do that because I had a direct mandate from the public. I took tough decisions early to ensure we could prioritise frontline efforts. I reduced senior management costs. I cut Dyfed Powys free from the Ammanford police station contract, which acted like a giant millstone around the neck of the police.

All this meant I could reduce costs to local households, while increasing officers and putting public safety first. That is the power of this post and these elections. The public are in charge. This is a big job. It matters.

There is more to do. I would have liked to make more progress with the police estate. Our police buildings are expensive, scruffy and out of date. We have made progress, but my experience of the last few months tells me that nothing to do with land and buildings happens quickly.

I would have liked to see more Special Constables and volunteers. In my conversations with the public, I’ve been struck how eager people are to look after their own community. They are the best people listen to. They know what’s up. That’s why I’m pledging that every community, town or village that wants a Special Constable will get one if I am reelected.

I would have liked to make more progress with local authorities. We have a fantastic joint mental health team with local health services, which helps keep the mentally ill out of police cells. We have improved services and saved hundreds of thousands of pounds by jointly commissioning drug and alcohol treatment with Hywel Dda Health Board.

But work with local councils has made less progress – we can do much more to tackle abuse, bad behaviour, drinking and drugs through closer work with councils. I will make sure Dyfed Powys Police is doing everything it can and more. And I will not hesitate to hold councils to account where they fail to do their bit.

If the first term of this role was about the police, the second term should be about the ‘and crime’ part of the title. Holding the police to account is vital. It took time to establish. But, the real power of this role is in the commissioning, consulting and the listening. This article from a former Labour PCC candidate in Dorset, makes the point well. That is how we will keep people safe, protect victims and free our poorest communities from the burden of crime. 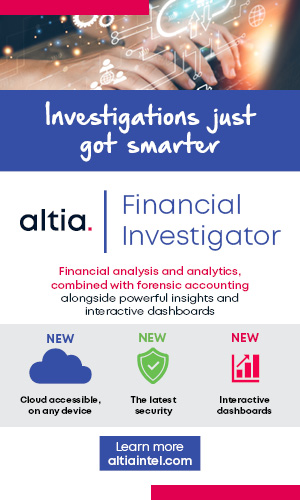