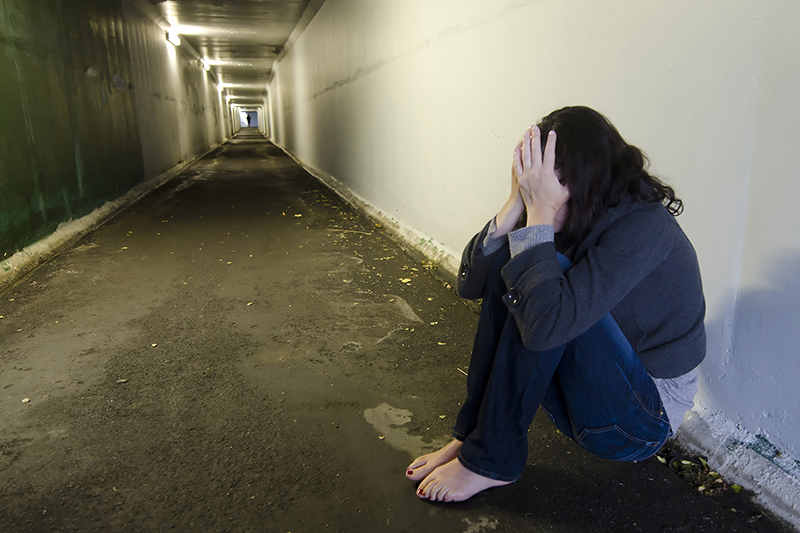 There are calls from some quarters in Australia for the introduction of ‘negligent rape’, based on a ‘recklessness’ towards the consent of the victim, rather than deliberately disregarding the lack of consent; but Dr Rachael Burgin of Swinburne University of Technology, University of Sydney PhD student Bri Lee, and Professor Jonathan Crowe of Bond University argue that such a move would create a rape ‘hierarchy’ that is both wrong and offensive.

Amid public debate about consent and how we define it legally, there is a push to create the lesser offence of ‘negligent rape’. The NSW Bar Association has long made the call. More recently, New South Wales (NSW) Police sex crimes boss detective superintendent Stacey Maloney and education advocate Chanel Contos have echoed the call.

The calls for ‘negligent rape’ occur against a backdrop of overwhelming evidence the police and court systems are letting down sexual violence survivors. Only one in 10 even report to police. But would this type of offence actually help combat sexual violence?

What is ‘negligent rape’?

The proposal would effectively create two rape offences. One offence would capture offenders who commit rape while knowing the victim-survivor was not consenting, and another would apply where the person acted recklessly.

The proposal for a lesser offence of ‘negligent rape’ is based on the idea that a person who engages in non-consensual sex through recklessness is less culpable than somebody who deliberately and knowingly disregards a person’s lack of consent.

For example, in 2018, the NSW Bar Association argued that: “[s]exual assault is a serious crime with severe maximum penalties, reserved for behaviour that is so seriously wrong as to be deserving of such criminal punishment – it should not be satisfied by a form of negligence.”

The proposal would effectively create two rape offences. One offence would capture offenders who commit rape while knowing the victim-survivor was not consenting, and another would apply where the person acted recklessly.

Sweden adopted negligent rape as an offence in 2018. This has seen rape convictions rise. However, before the change, ‘rape’ could only be established if the prosecution proved the accused had forced the other person to engage in the act through violence.

So the inclusion of negligent rape captured cases that were being ignored by the Swedish justice system. Comparable cases in Australia, by contrast, already fall within our criminal law.

Several Australian states have recently held reviews of sexual consent laws. This comes in response to growing community awareness of the failures of the criminal justice system when responding to sexual violence.

Queensland’s review saw legislation passed through Parliament in March 2021. This codified the existing case law but made no substantive changes. The Queensland parliament voted down a Greens-backed amendment that would have put in place an affirmative consent model. This would have required a clear agreement before having sex.

The New South Wales Government, by contrast, announced last week it wants to legislate affirmative consent in the state.

Most states recognise someone who has sex with another person without their consent is guilty of an offence if they did not have an honest and reasonable belief the other person was consenting.

The focus of these reviews has included not only the definition of consent, but also the standards of knowledge required for defendants to be convicted of sexual offences. This is known as the ‘mental element’ of a criminal offence.

This mental element differs across jurisdictions. Most states recognise someone who has sex with another person without their consent is guilty of an offence if they did not have an honest and reasonable belief the other person was consenting.

In some states, such as NSW, the law also outlines a specific provision of recklessness. So recklessness as to whether or not the complainant was consenting is enough for the law to find culpability.

Recklessness and the law

In other states that don’t specifically provide for recklessness, these circumstances may be criminalised since the accused would be considered not to have a reasonable belief in consent.

This approach makes sense. A circumstance where a person does not bother to consider whether their potential sexual partner is consenting – or where they consider it and ignore the potential that they are not – would not be consensual sex for most people.

Creating a rape ‘hierarchy’ is not the answer

Despite the need to improve justice for survivors, there are strong reasons not to split sexual offending into two types, as a negligent rape offence would do. The myth that ‘real rapes’ are perpetrated by strangers and involve overt violence is widespread in both society and the courtroom.

These types of cases are more likely to be prosecuted and result in convictions. This is partly because it is easier to establish the mental element of the crime. A stranger who attacks someone using force can more easily be proven to know the other person is not consenting.

This means the only situation where the ‘lesser’ offence of negligent rape would be used is where the victim and defendant are known to each other. This is precisely the context in which most rapes occur – as Contos’ recent petition calling for better consent education at school, and decades of research, have highlighted.

Calls for ‘negligent rape’ reflect a valid frustration with the criminal justice system’s inability to support survivors of sexual violence. However, treating some forms of rape as less serious than others would be a leap in the wrong direction.

Dr Rachael Burgin is a Lecturer in Criminology and Criminal Justice at the Swinburne Law School in Melbourne. Australia. She was awarded her PhD in Criminology from Monash University in 2019. Her research explores the ways that affirmative consent has been adopted into law and translated into legal practice in rape trials across Australia.

Bri Lee is currently doing a PhD in law at the University of Sydney. She has written investigative journalism, opinion, short fiction, essays, and arts criticism, including the books Eggshell Skull (2018), Beauty (2019) and Who Gets to be Smart. She was admitted to the legal profession in 2017, but does not practice law.

Jonathan Crowe is Professor of Law at Bond University. He is author or editor of nine books and more than 100 peer-reviewed book chapters and journal articles. He is Director of Research at Rape and Sexual Assault Research and Advocacy, an Australia-wide initiative working to shape community responses to sexual violence.