The fight against organised crime: Why Australia needs a Magnitsky Act 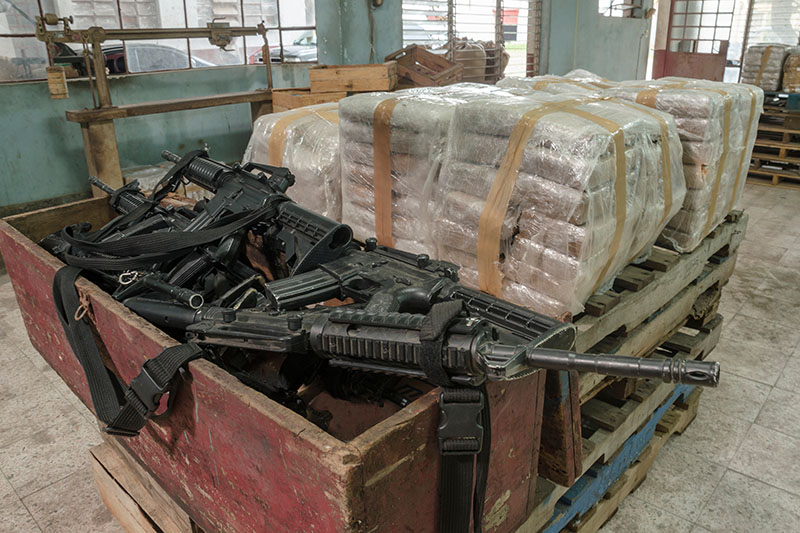 Governments and police agencies around the world are looking for the most effective ways to tackle organised crime; Australian law enforcement and security analyst Teagan Westendorf believes the introduction of Magnitsky-style legislation and the use of sanctions against major criminals could be a valuable, targeted law-enforcement tool.

Australia’s war against organised crime has hotted up. The arrest of accused drug lord Tse Chi Lop and allegations of large-scale money laundering in Australian casinos have exposed to the public the deep economic connections transnational and organised crime syndicates have established here, and the scale of the threat we face.

The extent of these connections adds urgency to the recent call by the human rights subcommittee of the Parliament’s Joint Standing Committee on Foreign Affairs, Defence and Trade for Australia to adopt Magnitsky-style legislation.

Though sanctionable actions should indeed be defined broadly, Magnitsky legislation should be used as a targeted law-enforcement tool to curb the financing, production and importation of narcotics as part of Australia’s regional policing efforts.

The US Magnitsky Act began as an effort to hold officials of foreign countries accountable for human rights abuses. The legislation, which applies globally, gives the US Government the legal means to the freeze assets of and ban US entry to those it lists for involvement in human rights abuses. Canada and the UK have introduced similar legislation.

The US, Canada and Britain have sanctioned very few people and organisations. Instead, they have reserved Magnitsky powers to assert fundamental tenets of international humanitarian law, such as objections to ethnic genocide, murdering journalists, mass murder and forced labour in prison camps.

Last year, the human rights subcommittee recommended that law enforcement agencies be given similar powers, to boost Australian and international efforts to counter corruption and human rights abuses globally. Though sanctionable actions should indeed be defined broadly, as the report recommends, Magnitsky legislation should be used as a targeted law-enforcement tool to curb the financing, production and importation of narcotics as part of Australia’s regional policing efforts.

If used in the right way, the powers to seize assets and prevent the entry of foreign nationals implicated in organised criminal activity could become a powerful instrument in the fight against the regionalised production and globalised distribution of drugs, and associated money laundering, by transnational organised crime syndicates.

As a targeted law-enforcement tool, Magnitsky legislation could give the Department of Home Affairs, the Australian Criminal Intelligence Commission and the Australian Federal Police (AFP) additional options for disrupting and dismantling transnational organised crime groups, especially those being led by an emerging cohort of more innovative and entrepreneurial criminal leaders.

The effects of the recent arrests of Tse and one of his money-laundering chiefs, Chung Chak ‘John’ Lee, would be bolstered if the AFP could use Magnitsky legislation to sanction their known close associates, like syndicate leader ‘Broken Tooth’ Wan Kuok Koi.

The AFP could use Magnitsky powers to work with the partner agencies in foreign jurisdictions to identify and sanction syndicate members and their contacts. The avenues this would present for seizing assets and blocking funds are extensive.

Broken Tooth is a member of the Chinese Communist Party and senior figure in the 14K triad, a Hong Kong-based criminal organisation. US law enforcement alleges that Broken Tooth has embedded his criminal operations and investments into Beijing’s Belt and Road Initiative (BRI).

Victoria signed onto a framework on the BRI in 2019. That makes it vital that the AFP have the power to sanction criminal syndicate members and entities that might build profitable connections to the Victorian economy through this agreement, which the US Treasury claims is a strategy already being widely used internationally. Even if BRI business with Victoria happened through the clean side of organised crime networks, that could sustain the criminal side.

The Australian Criminal Intelligence Commission has assessed Tse’s syndicate, ‘the Company’, as having a ‘well-established network of contacts across many governments as well as legitimate business and company structures, that enables them to mask and support their criminal activities.’

The AFP could use Magnitsky powers to work with the partner agencies in foreign jurisdictions to identify and sanction syndicate members and their contacts. The avenues this would present for seizing assets and blocking funds are extensive, as shown by the US sanctions against the 14K triad leader and affiliates.

Tse himself never entered Australia, yet the Company allegedly engaged in money laundering here. Crown Resorts has been found unsuitable to hold a gaming licence in Sydney due to allegations that criminal syndicates, like the Company, have used its casinos to launder money.

The substantial financial and reputational costs of these findings will hopefully prompt all gaming companies in Australia to improve their anti-money-laundering efforts. If the AFP could now freeze the assets of criminal contacts involved in this operation, it would make Australia a more dangerous and costly place for would-be money launderers.

The fight against organised crime

The challenge for governments is that the long-term impacts of Magnitsky-type law must be considered on a case-by-case basis before a decision is made to use them. In the Indo-Pacific, these laws could be perceived regionally as Australia acting as a self-appointed police force and moral arbiter that feels entitled to project domestic legislation beyond its borders.

Magnitsky-style legislation could be a powerful tool in Australian law enforcement’s armoury to fight organised crime. However, it’s a sharp instrument that needs to be applied carefully.

Australia could use Magnitsky-type legislation as a tool to influence political mechanisms in certain circumstances. The US sanctioned 17 individuals implicated in the murder of Saudi journalist Jamal Khashoggi in 2018. This clearly announced that Washington would not tolerate the extra-territorial murder of journalists, while allowing the Trump administration to continue leveraging its positive relationship with Saudi Arabia’s crown prince, Mohammad bin Salman, who approved the capture or kill operation to begin with.

There’s a risk that policymakers could use such laws to assert Australia’s ethical and legal standpoints abroad by sanctioning people and companies extra-territorially, at the expense of relationships through which those standpoints could be more effectively communicated. Confusing politics with law-enforcement tools could damage Australia’s police-to-police ties and reputation in the Indo-Pacific.

Magnitsky-style legislation could be a powerful tool in Australian law enforcement’s armoury to fight organised crime. However, it’s a sharp instrument that needs to be applied carefully to ensure that any actions taken align with and support Australia’s broader foreign affairs policies and strategies. It could also be a timely policy option for Australia’s response to the coup in Myanmar.