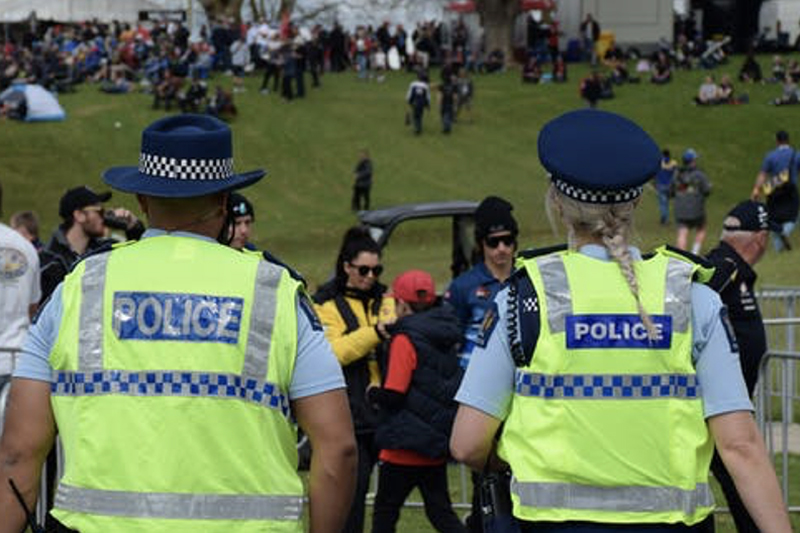 New Zealand Police Commissioner Andrew Coster was recently accused by one politician of being a ‘wokester’ and out of step with the public for his commitment to policing by consent; but Dr Bethan Greener of Massey University believes the focus on consent and engaging with communities is entirely in line with the fundamental ethos of democratic policing.

National Party justice spokesperson Simon Bridges has accused New Zealand Police Commissioner Andrew Coster of being a “wokester” whose commitment to “policing by consent” is out of step with the law.

The claims were in response to Coster’s avowed belief that police need to engage with the community in a nuanced manner, which includes the wider principle of policing by consent. Coster has also recently said the police “can’t arrest our way out of the gang problem”.

But Bridges should know consent is a fundamental requirement for democratic policing. In the absence of public consent, we would have an occupying force, not a police force.

Modern police forces in liberal democratic states are a recent creation. Unlike the standing armies that formed alongside the sovereign state in the 1600s, policing (at least in the way we understand it in Western democracies) came late to the fray.

This is the heart of the concept of policing by consent: the public as a whole gives consent to the idea that some members of the community are trusted to have and exercise the powers required to keep the peace on behalf of the community.

As European monarchs struggled to imbue diverse regional groups with a sense of nationalism and national loyalty, countries such as France, Spain and Italy created a more militarised and mobile “continental” model of policing. These utilised “gens d’armes” – armed people – to establish constabulary forces.

In the UK, however, a different model of policing evolved. In the early 1800s, citing disorder and rising crime, British Home Secretary Robert Peel argued for the creation of a unified policing force that would seek to use minimum force to maintain law and order.

A nine-point summary of Peel’s 1829 instructions captures his core principles, including an emphasis on the need to prevent crime and disorder. Seven of the principles emphasise, in different ways, the need for the public to approve of and co-operate with the police for them to successfully carry out their mission.

This is the heart of the concept of policing by consent: the public as a whole gives consent to the idea that some members of the community are trusted to have and exercise the powers required to keep the peace on behalf of the community.

These ideas were taken further by the UK’s first police commissioners, Charles Rowan and Richard Mayne, who were charged with developing a metropolitan police force for London.

England was a constitutional monarchy, with a representative assembly, which meant attempts to build a police force had to secure the passage of the requisite bills through parliament, as well as overcome any public scepticism.

Rowan and Mayne therefore made concerted attempts to secure the legitimacy of their nascent police force in the eyes of the populace. In time, this process led to the ideal of the English police officer – the “British Bobby” who lives in, protects and serves their community.

This idea of consent remains fundamental to policing in the UK as well as the countries that adopted this Peelian model, including New Zealand. So the police have, at least in theory, always been based on a philosophy of policing by consent.

This idea of consent remains fundamental to policing in the UK as well as the countries that adopted this Peelian model, including New Zealand. So the police have, at least in theory, always been based on a philosophy of policing by consent.

This is not new or “woke”. It is nonetheless interesting that the New Zealand police have recently reiterated the centrality of these principles to their work and ethos.

As well as Commissioner Coster, Police Association president Chris Cahill has directly referenced Peelian principles in emphasising the importance of consent: “Of Peel’s nine principles, I believe the second to be the most important and the foundation of a fair and accepted police service – ‘to recognise always that the power of the police to fulfil their functions and duties is dependent on public approval of their existence, actions and behaviour, and the ability to secure and maintain public respect’.”

Yet while the police in New Zealand have typically enjoyed strong approval ratings, it is also clear this has differed across various communities.

The New Zealand Police is the descendant of the Armed Constabulary that played a role fighting against certain iwi in the 19th-century colonial wars rather than providing them with a citizen-based consensual police system. Contemporary statistics still show an imbalance in policing of and for Māori. Prominent Māori activists have long called for and continue to call for reform of the justice system as a whole.

Coster’s emphasis on thoughtfully engaging with different communities appears to be an attempt to ensure all parts of New Zealand society approve of the police, and consent to be policed by them.

Moreover, recent research into justice and policing suggests that heavily punitive approaches, except in very select cases, are expensive and counter-productive. Research also increasingly demonstrates that incarceration does not significantly affect crime and disorder statistics.

An agency that is, to quote Bridges, “much less about arrest, much less about catching gangs and criminals”, but which is more about preventing criminality in the first place, is therefore entirely in step with the fundamental ethos of democratic policing.