Policing InsightFeaturesOpinionLord Geidt and the Wild West of policing technology governance: How can a resignation improve police technology oversight?

Lord Geidt and the Wild West of policing technology governance: How can a resignation improve police technology oversight? 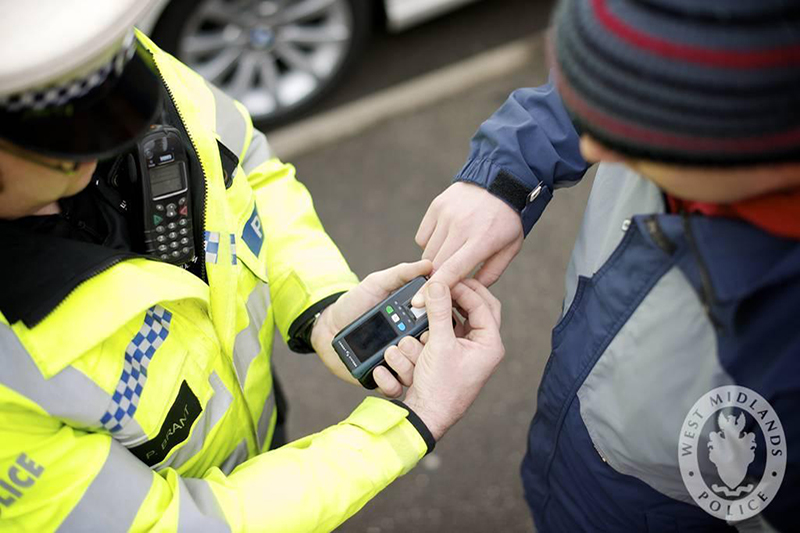 In the same month that Lord Geidt resigned as ‘ethics adviser’ to Prime Minister Boris Johnson, the Government also published its response to proposals for the reform of data protection laws, advocating a seemingly light touch on the governance and scrutiny of the police use of technology; Dr Marion Oswald, Chair of the West Midlands Police Data Ethics Committee, believes the two topics are linked by the importance of accountability and standards.

Last week, the Rt Hon. Lord Geidt resigned as the Independent Adviser on Ministers’ Interests, citing – as the straw that broke the camel’s back – a still rather opaque issue relating to international law, putting him “in an impossible and odious position”.

This non-statutory role advises the Prime Minister on the Ministerial Code, which requires Ministers to uphold the highest standards of propriety, comply with the law, protect the integrity of public life and observe the Seven Principles of Public Life.

So what links these two seemingly unrelated topics? I would say that the common factor is accountability and standards, and thus the trustworthiness of the public function being carried out.

The role now stands vacant, with uncertainty as to whether Lord Geidt will be replaced, and the pressing question – as Peter Riddell argues – as to whether the role is even “doable at present”.

In other news, on Friday of last week, the Government published its response to the ‘Data: a new direction’ consultation on proposals to reform the UK’s data protection laws. Others more expert than I have provided initial commentary on the Government’s overall conclusions.

Focusing on police use of biometric and data-driven technologies, the Government’s response acknowledges that: “The majority of respondents supported improving the clarity of the existing legal framework. A minority felt that certain technologies, such as facial recognition, required specific legislation.

“However, others agreed that a principles-based approach remains appropriate bearing in mind the pace of technological change in this area, with some highlighting the risk that specific legislation could hinder law enforcement’s adoption of new technology to protect the public.

“Several respondents also said that there might need to be specific guidance on particular technologies or use cases… the government recognises the benefits for the police and public from greater clarity on how the police can and should develop these technologies.” (para 4.4)

It appears that action in consequence of the above feedback will be limited to working “with policing authorities to promote high standards and best practice in the responsible and effective use of new technologies, including supporting the development of policing-led guidance such as new codes of conduct.”

So what links these two seemingly unrelated topics? I would say that the common factor is accountability and standards, and thus the trustworthiness of the public function being carried out.

While codes of conduct can represent an appropriate and effective method of setting out relevant rules and processes, the pressing question in the policing context is how such codes of conduct will be developed, overseen and enforced.

Secondly, accountability and governance: ‘Over 30 public bodies, initiatives, and programmes [play] a role in the governance of new technologies for the application of the law.’ So more of a family bush than a family tree!

Reflecting a balance between respondents’ views in the ‘Data: a new direction’ consultation, the report recommended that: “The Government bring forward primary legislation which embodies general principles, and which is supported by detailed regulations setting minimum standards.

“We consider that this approach would strike the right balance between concerns that an overly prescriptive law could stifle innovation and the need to ensure safe and ethical use of technologies.’

Secondly, accountability and governance: “Over 30 public bodies, initiatives, and programmes [play] a role in the governance of new technologies for the application of the law.” So more of a ‘family bush’ than a family tree!

Although “informed scrutiny is … essential to ensure that any new tools deployed in this sphere are safe, necessary, proportionate, and effective”, the report concluded that this scrutiny was not happening – it was a “new Wild West”.

The police were effectively marking their own homework: “Public bodies and all 43 police forces are free to individually commission whatever tools they like or buy them from companies eager to get in on the burgeoning AI market.”

The report recommended that the Government establish a single national body to govern the use of new technologies for the application of the law. The new national body should be independent, established on a statutory basis, and have its own budget. Its functions would include the setting of minimum standards, and prior certification of technologies before procurement and deployment.

Thirdly, specialist scrutiny: the House of Lords’ committee also recognised the need for additional oversight mechanisms to complement pre-deployment scientific evaluations of new technologies, with specialist ethics committees best placed to scrutinise technological solutions throughout their lifecycle and in their deployment contexts.

Some might question the value that an ‘ethics’ body can provide to the complex and sometimes sensitive operational environment of policing technology. However, the West Midlands body is more than an ethics talking shop.

However, the Lords’ committee noted that: “This body will need the independence, resources, and statutory underpinning to enable it to scrutinise the deployment of new technologies and act as a central resource of best practice.”

Some might question the value that an ‘ethics’ body can provide to the complex and sometimes sensitive operational environment of policing technology. However, as I have laid out in this article, the West Midlands body is more than an ethics talking shop: “The committee, despite being badged with the ethics label, performs a wider independent advisory function, contributing to consideration of questions of scientific validity, legal proportionality and operational context,” and therefore to knowledge and experience that can inform national practice and standards.

It can do this, and therefore provide the police with productive challenge to improve its use of technology, because of the range of expertise of its independent members, its clear terms of reference, a commitment to transparency, and the support of both the force and the Police and Crime Commissioner (the local political oversight).

However, the West Midlands body has no statutory or independent existence, no powers to require information, commission research, initiate specific or thematic investigations or to insist that its advice is implemented, and is subject to future political, funding and resourcing changes.

It exists because of the supportive culture within the particular police force, and the appreciation of the benefit that independent voices can bring. As we have seen from the situation of Lord Geidt, where even the existence of an ethical oversight body is precarious, we cannot be confident in the long-term scrutiny and oversight that it can provide.

From the albeit privileged position of having seen some of these issues in detail, and how ethics advisory boards work, I would urge all those involved in developing best practice, whether engineers, lawyers, politicians, civil servants or police officers, to recognise the value that independent scrutiny can provide to the long-term robustness of policing technology and the trust the public can have in the UK’s tradition of policing by consent.

A properly constituted and resourced national body, perhaps with regional presence, based on the West Midlands committee is a proven model – perhaps the most proven in reality – and deserves proper consideration as a coherent way to avoid the ‘Wild West’ that the Lords’ committee described in their report.

Dr Marion Oswald is a legal and policy academic based at the Alan Turing Institute and Northumbria University. She is Chair of the West Midlands PCC and West Midlands Police Data Ethics Committee and sits on the Advisory Board of the Centre for Data Ethics and Innovation. She was the specialist adviser to the House of Lords Justice and Home Affairs Committee inquiry into new technologies and the application of law. She was awarded an MBE in the Queen’s Birthday Honours in June 2022 for services to digital innovation.

This article first appeared on the Information Law and Policy Centre website, and is republished with permission; the original can be read here.