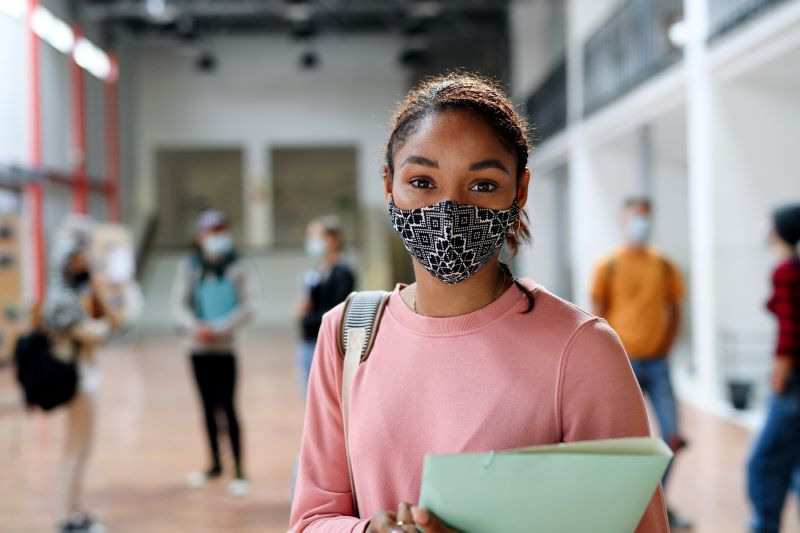 Police officers in schools across the US play an important role in safety and security, as well as often helping to mentor students; but a police-run scheme in Florida, which uses students’ school performance and behaviour to indicate potential future criminals under the guise of intelligence-led policing, risks pushing young people into the criminal justice system, warns Associate Professor Chris Curran.

During the COVID-19 pandemic, many students are getting lower grades and inconsistently attending classes. For students in one Florida county, low grades and absenteeism may put them at risk of being labelled by law enforcement as potential criminals.

The Pasco Sheriff’s Office uses grades, disciplinary histories, progress toward graduation and attendance records alongside justice system data to flag students as being at risk of committing crimes.

The Tampa Bay Times reported in late 2020 that the Pasco Sheriff’s Office uses student data to identify young people who, in its words, are “destined to a life of crime.” Pasco is a county of around 500,000 people just north of Tampa on Florida’s Gulf Coast.

The Pasco Sheriff’s Office uses grades, disciplinary histories, progress toward graduation and attendance records alongside justice system data to flag students as being at risk of committing crimes. All it takes to be labeled as ‘at risk’ is getting a single D on a report card or a disciplinary referral. In the fall of 2020, over 400 high schoolers were on the list.

The case raises a number of questions about how student data is used and the role of law enforcement in schools.

Through the programme, Pasco school resource officers are encouraged to work with high schools to provide services to these students to help them get “back on track.”

However, Superintendent Kurt Browning, several principals and a member of the school board have said they were unaware of the programme’s use of data before the newspaper’s investigation. According to the reporting, students and their parents are not notified when students are identified as potential future criminals.

Student privacy experts have raised concerns about the legality of such use of federally protected student data. On 19 January, U.S. Rep. Bobby Scott, the Virginia Democrat who chairs the House Committee on Education and Labor, called for a federal investigation into Pasco’s use of student data. His letter states that “pre-criminal categorisation merely makes more concrete the schools-to-prison pipeline that is a result of institutional bias.”

This use of school records is part of a broader effort in Pasco County to use data to reduce crime that it calls “intelligence-led policing.” The sheriff’s office has been using similar approaches to identify potential criminals outside of schools since 2011.

This use of school records is part of a broader effort in Pasco County to use data to reduce crime that it calls “intelligence-led policing.” The sheriff’s office has been using similar approaches to identify potential criminals outside of schools since 2011.

The Pasco County parent teacher association and a number of teachers have spoken out against the labeling of students as potential future criminals. Former sheriff’s office employees, journalists and criminal justice experts have criticised the broader effort for being overly aggressive and not being based on research.

News reports indicate that officers have repeatedly visited homes and questioned individuals without cause and gone after people for minor offenses. One former deputy described a directive to “make their lives miserable until they move or sue.”

The Pasco Sheriff’s Office outlines how school resource officers seek to mentor identified students, but there are also accounts of interactions with these students resulting in arrests.

While the sheriff’s office defends the programme, Andrew Guthrie Ferguson, a legal scholar at American University, described the programme manual as “everything that’s wrong about policing in one document.”

As an education policy researcher who studies school safety and discipline, I worry that labeling students as potential future criminals and relying on law enforcement to intervene may actually increase students’ future involvement with the justice system.

That said, I recognise the potential of using data to inform interventions. In fact, there are examples from educational research of using data to identify students who need extra help and providing that help.

The key is not just identifying students who need help but actually intervening to support them. Research suggests approaches other than law enforcement may be most effective at doing so.

About half of public high schools nationally, including those in Pasco County, already use academic ‘early warning systems’. Such systems enable educators to identify students who are at risk academically, such as being likely to drop out.

These systems often use measures similar to those used by the sheriff’s office – including discipline, attendance and class grades. While no early warning system perfectly identifies future outcomes, these factors are predictive of dropout as well as future delinquency. In other words, these systems can help identify students who need more support.

The key, however, is not just identifying students who need help but actually intervening to support them. Research suggests approaches other than law enforcement may be most effective at doing so.

This can lead to productive partnerships with families and students. When academic early warning systems are combined with effective intervention, they can produce some positive effects, such as reducing chronic absenteeism and failed classes.

Federal guidance suggests schools intervene using a mix of classroom-wide strategies, small-group interventions and interventions specifically tailored to identified students. Such interventions focus on factors under school control, such as quality of instruction and relationships between students and teachers, rather than labeling students as deficient.

Labeling students as “destined to a life of crime” may change how adults interact with them, increase the surveillance of students and actually make students more likely to engage in future criminal activity. School police, that is, may interpret students’ developmentally normal behavior as criminal.

While many school police officers mentor students, their primary training is in law enforcement. Their presence tends to increase students’ likelihood of suspension and arrest.

Indeed, while many school police officers mentor students, their primary training is in law enforcement. Their presence tends to increase students’ likelihood of suspension and arrest. Both suspensions and arrests are predictors of later involvement with the justice system.

What’s more, early warning systems are not necessarily objective. For example, Black students are disciplined at higher rates than white students, even for the same behaviours. As a result, some students, including racial minorities, may be affected more by efforts to identify future criminals. A lack of transparency and lack of partnerships with other stakeholders increases this risk.

In the end, data and early warning systems can help identify students in need of support and positive intervention. The key is to intervene in ways that don’t themselves put students on a track to involvement in the justice system.