The increased use of police body-worn cameras has been welcomed in many quarters as a route to improving transparency and accountability; but Bryce Newell, Assistant Professor of Media Law and Policy at the University of Oregon, fears that public records laws such as those prevalent in the US can lead to people’s most sensitive and traumatic moments being made available for public viewing.

In the course of their work, police officers encounter people who are intoxicated, distressed, injured or abused. The officers routinely ask for key identifying information like addresses, dates of birth and driver’s license numbers, and they frequently enter people’s homes and other private spaces.

One of the most striking findings of my study was about the unintended effects of these cameras and associated laws.

With the advent of police body cameras, this information is often captured in police video recordings – which some states’ open-records laws make available to the public.

Starting in the summer of 2014, as part of research on police adoption of body-worn cameras within two agencies in Washington state, I spent hours riding in patrol vehicles, hanging out at police stations, interviewing officers, observing police officers while they worked and administering surveys.

One of the most striking findings of my study was about the unintended effects of these cameras and associated laws. Body-worn cameras and freedom of information laws do enable oversight and accountability of the police.

But, as I outline in my new book, Police Visibility: Privacy, Surveillance, and the False Promise of Body-Worn Cameras, they also hold the potential to force sensitive data and stressful episodes in private citizens’ lives into public view, easily accessible online.

Body-worn cameras have been issued to police all over the United States, with a patchwork of regulations and laws governing their operation and the video they record. The goal is often to make officers accountable for their actions, though their effectiveness at doing so has been questioned.

Opinions and laws also differ on when body camera footage should be made public. And, even when it is, interpreting what the footage depicts can be complicated. Nevertheless, the cameras have the potential to make police work, including misconduct and police violence, more visible.

Within weeks of adopting body-worn cameras, the police agencies I studied began receiving requests under local and state public records laws, seeking all of the footage recorded.

I found that within weeks of adopting body-worn cameras, the police agencies I studied began receiving requests under local and state public records laws, seeking all of the footage recorded.

In response, the departments began to release the videos, under the provisions of state public records laws with few – if any – redactions to protect citizens’ sensitive personal information. The primary instigator of these initial requests posted the disclosed video to a publicly accessible YouTube channel.

One patrol officer told me: “I personally would never provide my personal information to an officer with a camera. It all ends up on the internet. That is wrong and unsafe.”

An image from body-worn camera footage recorded during a prostitution sting in Bellingham, Wash., which later appeared on YouTube.com; the young woman’s face is obscured in this image to help preserve her privacy. (Bryce Newell)

‘Say hi to the camera, honey!’

One winter afternoon in 2015, I accompanied a Spokane, Washington police officer on a domestic violence call. After parking by the curb, we walked up the driveway to where a man was standing.

The officer I was shadowing turned on his body camera and informed the man that he had activated his camera and would be recording their conversation.

The man we had approached yelled down the driveway to his wife: “Smile and say hi to the camera, honey!”

The woman had allegedly taken a metal baseball bat and smashed in the man’s face across his eye. He had blood leaking from his eye and eyebrow and rolling down his nose and cheek. His eyebrow looked caved in; the bone was obviously broken. After a few minutes of questioning, the medics arrived and quickly rushed him to the ambulance.

Although much of what was recorded on the officer’s camera in this case occurred outside, within view of neighbors and others present on the street, it still was a traumatic, personal and embarrassing moment in the lives of both victim and alleged offender.

When the ambulance left, we entered the home, where the woman was being questioned. The officer continued to record in case the woman might offer her own statement or confession.

Although much of what was recorded on the officer’s camera in this case occurred outside, within view of neighbors and others present on the street, it still was a traumatic, personal and embarrassing moment in the lives of both victim and alleged offender.

But the fact that a camera recorded it made these events much more visible, to a wider audience, for a longer time. Officers sometimes showed each other videos at the end of their shifts while writing reports, often to simply decompress after a long shift or bond with their colleagues. In addition, the footage could potentially become public under state open records laws at the time it was recorded.

These screen captures are from a body-worn camera video recorded during a police contact and foot chase in Bellingham, Wash; faces have been obscured. (Bryce Newell)

‘Maybe I should stop drinking’

On another winter evening, I found myself standing inside another couple’s living room with two officers as the man and woman, separately, tried to explain why the wife had called 911 and accused the husband of threatening violence.

The husband was drunk – and drinking continuously while talking to the officer, who was wearing a camera on his chest. He told a rambling story about how much trouble his wife had caused him over the years, musing that perhaps he should leave her and move on, but perhaps he loves her.

On the other hand, he said, she had caused him nothing but grief and made his life miserable. Moments later, he continued, “Maybe what I really should do is stop drinking,” and he took another sip from his beer can.

Even if he had been sober, he probably would not have realized that this conversation might end up on YouTube with virtually unlimited visibility. If he had, would he or his wife have let the police into their house in the first place? Would the wife even have called to report her husband’s threats?

This image is from body-worn camera footage of a field sobriety test in Bellingham, Wash., which later appeared on YouTube.com. (Bryce Newell)

There are potential social costs to deploying body-worn cameras, including possible invasions of privacy when sensitive moments are recorded or made public, and increasing police surveillance of communities already subjected to heightened police attention.

Just as videos of Black people’s deaths at the hands of the police should be treated with more care, the decision to make police video that captures sensitive and traumatic moments of people’s lives public should be a measured and considered one.

When body cameras are introduced, careful attention to existing laws and policies, including public records laws, can help minimize harm to the public while increasing the transparency of police work.

As I discuss in my book, one possible solution could be redacting personal information about victims, witnesses, bystanders and even suspects, as long as it is not related to law enforcement officer conduct.

Other options include creating independent oversight groups to review footage before its release, giving victims and their families access to footage, and erring on the side of nondisclosure when body cameras record in private spaces or in particularly sensitive contexts.

I believe these are possible without limiting public access to procedural information about how officers conduct their activities, to enable oversight and accountability.

Just as videos of Black people’s deaths at the hands of the police should be treated with more care, the decision to make police video that captures sensitive and traumatic moments of people’s lives public should be a measured and considered one.

In my view, there is little need to force civilians onto the public stage simply because they are contacted by a police officer. 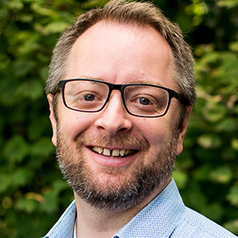 Bryce C. Newell, PhD, JD, is an Assistant Professor of Media Law and Policy in the School of Journalism and Communication at the University of Oregon. His teaching and research focus on law and technology, surveillance, media/internet law, and information law and politics. Bryce is also a Board Member of the Surveillance Studies Network (SSN) (a British charity); Dialogue Editor of the SSN’s open-access academic journal, Surveillance & Society; and a founding member of the Editorial Board Committee for the open-access journal, Technology and Regulation (TechReg). 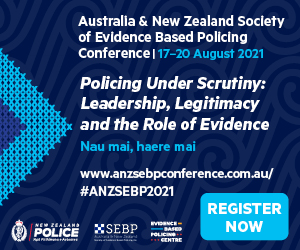