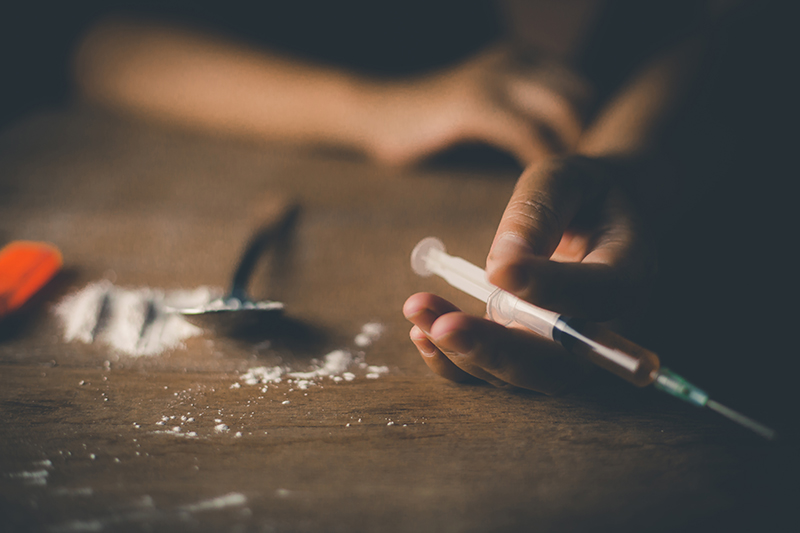 The arrest of one of the world’s most wanted alleged drugs lords has sparked debate around strategies to best tackle organised crime and minimise the harm caused to communities; Dr John Coyne, Head of Strategic Policing and Law Enforcement Program at the Australian Strategic Policy Institute, explains the need for a more nuanced approach, rather than simply decapitating OC groups.

On 22 January, alleged drug lord Tse Chi Lop was arrested at Amsterdam’s Schipol airport as a result of an extradition request from the Australian Federal Police. Tse’s arrest would’ve been cause for celebration among the AFP’s senior officers and rank and file.

Some of those officers have spent more than 12 years pursuing Tse and his syndicate, ‘The Company’. While the AFP got their man, his arrest and prosecution will have little impact on the price, purity or availability of illicit drugs on Australia’s streets.

The arrest of Tse, dubbed ‘Asia’s El Chapo’, makes for great media headlines. There’s no denying it’s an epic saga, with an arch villain and the good guys getting their man in the end. Tse was no ordinary criminal: he doesn’t appear to have handled illicit drugs himself, and to date appears to have never set foot in Australia.

After serving a nine-year sentence, he became a key facilitator in what has become the world’s fastest-growing drug production syndicate.

Between his extradition from the Netherlands and lengthy court cases and appeals in Australia, it’ll be many years before he will be held accountable for his alleged crimes.

Until his arrest, Tse was Asia’s, if not the world’s, most wanted alleged drug lord. He and his colleagues were responsible for up to 70% of illicit drugs entering Australia.

A Canadian national born in southern China in 1964, Tse was a rather unimpressive criminal until the late 1990s. Before moving to Canada, he was a low-ranking member of the Big Circle Gang triad.

In 1996, Tse was jailed in the US for his involvement in the sourcing of heroin from the Golden Triangle. After serving a nine-year sentence, he became a key facilitator in what has become the world’s fastest-growing drug production syndicate. Tse’s success is due to several factors.

He avoided law enforcement attention by discouraging the use of violence and preferring anonymity over the flashy and opulent lifestyles of many senior criminal figures.

He brought the various Chinese triad gangs together, ending long-term squabbles in order to make industrial quantities of illicit synthetic drugs in Myanmar – far away from law enforcement’s watchful eyes.

He made his operations genuinely transnational. Synthetic drug precursors were diverted from China to Myanmar. Taiwanese chemists manufactured industrial quantities of methamphetamine in regions controlled by ethnic military groups in Myanmar’s jungles.

His global distribution network involved everyone from Mexican cartels to Australian bikie gangs. Tse negotiated with everyone, and in doing so made sure that everyone was paid for their contributions.

Finally, he developed a complex framework for laundering money across Southeast Asia and beyond. As part of that operation, money was laundered through casinos from Australia to Macau.

It’s easy to see why the removal of crime bosses is so attractive to law enforcement agencies the world over. The Company will surely fall apart with its powerful and enigmatic boss removed. Unfortunately, history has shown that on their own, decapitation strategies rarely work.

The successful prosecution of Gambino crime family boss John Gotti in New York in 1991 had limited impact on the broader American mafia or drug supply. And while it’s smaller, the Gambino family is alive and well today.

The death of Colombian drug lord Pablo Escobar in 1993 did result in the implosion of his Medellin cartel. But that implosion fragmented the market, resulting in an even more complex criminal environment.

When it comes to having a lasting impact, though, arrests like this are very much a hollow victory. Australia’s efforts to counter organised crime ought to be focused as much on making communities safer as on punishing criminals.

The arrest and prosecution of Joaquin Guzman, the infamous El Chapo, in 2019 dealt a blow to the Sinaloa cartel. Or did it? The Sinaloa cartel remains Mexico’s most powerful.

Globally, law enforcement’s organised crime strategies emphasise the identification and removal of key syndicate leaders. But the cases of Gotti, Escobar and Guzman appear to indicate that any impacts from that strategy are fleeting and sometimes, as in the case of Escobar, serve to create problematic second-order impacts. At the very least it seems that often someone else is already waiting to swoop in and fill any void in the market.

Organised crime decapitation strategies still have a place, though. They have profound psychological and sociological value for our community. They ensure that criminals are brought to justice for the harm they cause and that they’re punished and denied access to the proceeds of their crimes.

When it comes to having a lasting impact, though, arrests like this are very much a hollow victory. Australia’s efforts to counter organised crime ought to be focused as much on making communities safer as on punishing criminals.

If the harmful effects of illicit drugs manufactured in the jungles of Myanmar are to be minimised and their supply reduced, law enforcement will need far more nuanced strategies.

As a starting point, Australian law enforcement officials and diplomats need to give greater emphasis to working with countries across the region to better regulate and control the precursors used to make drugs like methamphetamines. Such an approach would have more of an impact on drug availability than the arrest of five more top-level drug lords.

In the meantime, we should all be celebrating the great investigative success in finally catching Tse.

This blog is republished from The Strategist under a Creative Commons Licence. The original can be read here.