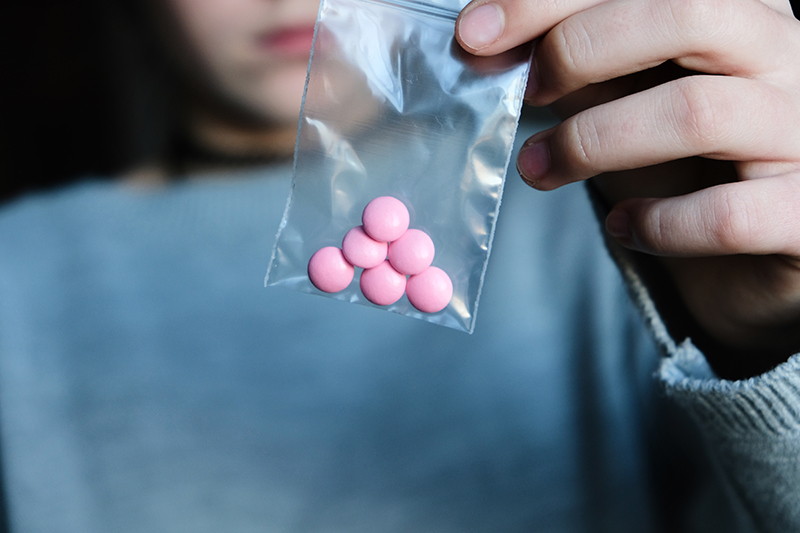 A temporary law introduced in New Zealand last summer allowing buyers of drugs to have them independently checked without risking prosecution looks set to become permanent this year; if it does, Professor Alexander Gillespie of the University of Waikato believes it will make the citizens of New Zealand safer, and reflect a legislative trend towards harm reduction

With the summer music festival season approaching (Covid willing), hopes are high that the current temporary recreational drug checking law will become permanent. If and when that happens, New Zealand will take another small step down the long drug reform road from criminalisation to harm prevention.

Despite generations of effort, the supply, demand and diversity of illegal drugs have grown, not diminished. Profit, pleasure and addiction have proved exceptionally powerful forces both internationally and domestically.

Submissions to parliament’s health select committee on the Drug and Substance Checking Bill have now closed, with a report due in October. If the stop-gap law rushed in for the 2020-21 summer is made permanent it will allow buyers of otherwise illegal drugs to have them independently checked without either the user or testing agency risking prosecution.

It’s an important service, given the dangers inherent in the illicit drug market and the chances of substances being cut or compromised with other toxic stimulants, as happened with some MDMA circulating last year.

Making testing legal, even if what is being tested isn’t, is a tacit acknowledgement that New Zealand’s ‘war on drugs’ – which began 122 years ago with the Opium Prohibition Act – needs rethinking.

Despite generations of effort, the supply, demand and diversity of illegal drugs have grown, not diminished. Profit, pleasure and addiction have proved exceptionally powerful forces both internationally and domestically.

And while border seizures were way down due to COVID-19 restrictions, the black market in New Zealand for illegal drugs (not counting cannabis) is still worth an estimated NZ$77 million per quarter.

ALERT We're finding more cathinones than MDMA at festivals this summer. Eutylone is bloody everywhere. Our recommendation is if it's not tested then don't take it.https://t.co/CWVFRgT0c6

The next innovation was a world-leading attempt to legalise and regulate the rapidly evolving synthetic drug market. It ultimately fell over due to practical problems implementing the Psychoactive Substances Act, public backlash and resistance to animal testing.

This pattern of innovation and failure has continued. While the use of medical cannabis became legal in 2019, the referendum on legalising recreational cannabis failed at last year’s general election.

A 2019 amendment to the Misuse of Drugs Act did pass, however, giving police clearer discretion not to prosecute for possession of small amounts of illegal drugs. Despite room for improvement, the new system has seen fewer prosecutions for personal use and has helped shift the focus towards health and away from the criminal courts.

Given Labour’s parliamentary majority and that the drug checking bill is a government initiative, it’s likely to pass. If for some reason it didn’t, individuals or organisations handling drugs to check them would risk being charged with possession or supply.

If drug users can’t get reliable information about what they’re taking, their uninformed choices carry unpredictable and potentially extreme risks. Naïve customers and untrustworthy dealers can be a fatal combination.

Anyone allowing drug testing to operate on their premises would also be at risk because their co-operation could be seen as evidence of knowledge that illegal drugs were being consumed.

Most critically, if drug users can’t get reliable information about what they’re taking, their uninformed choices carry unpredictable and potentially extreme risks. Naïve customers and untrustworthy dealers can be a fatal combination.

Between 2017 and 2019, more than 70 deaths were attributed to synthetic cannabis in New Zealand.

When the volunteer drug checking and harm reduction organisation Know Your Stuff NZ checked 2,744 samples of other drugs at 27 events between April 2020 and March 2021, “only 68% of all the samples checked were the substance that people expected”. They called it “the summer of terrible drugs”.

Even cannabis sourced illegally for medicinal reasons is often not what people expect, or even effective. Not surprisingly, then, research has shown the vast majority of people would opt to have their illegal drugs tested if they could do so without risk of arrest and could trust the information.

It’s been argued that drug checking only encourages the use of illegal and harmful substances. But the evidence suggests otherwise.

Rather, informed decisions produce changes in behaviour. When drug customers realise they have been misled or have misunderstood the nature of a given substance, they typically take less, or none.

The so-called war on drugs may be turning into a war on misinformation. If the Drug and Substance Checking Act finally comes into force by December, as has been promised, it will reflect a legislative trend toward harm reduction.

It will not stop the illegal use of drugs. But it will be one step further towards making New Zealand citizens safer from the scourge of unregulated and dangerous black markets for drugs.