Policing InsightFeaturesOpinionA flurry of attention, then collective forgetfulness – 100 years of the ‘ndrangheta Calabrian mafia in Australia

A flurry of attention, then collective forgetfulness – 100 years of the ‘ndrangheta Calabrian mafia in Australia 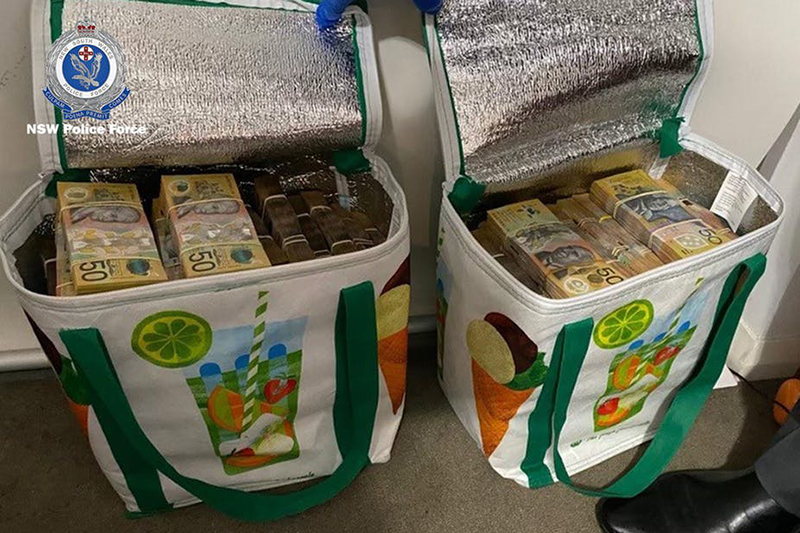 Recent operations by the Australian Federal Police against organised crime have brought the activities of the ‘ndrangheta Calabrian mafia under the spotlight; but Professor of Criminology Dr Anna Sergi argues that the organisation has been well-established across Australia for many decades, and any attempt to take the ‘ndrangheta seriously will require sustained political will and resources, rather than a sporadic focus on drug importation.

In a recent media release, Australian Federal Police (AFP) said: “We have about 51 Italian organised crime clans in Australia. We have identified 14 confirmed ‘ndrangheta clans across Australia, involving thousands of members.”

The ‘ndrangheta, widely considered Italy’s wealthiest and most powerful mafia group, are connected with Calabria, a region in southern Italy. They have important international links with – and are sometimes in a superior position to – local groups, such as bikies.

A flurry of recent reporting and police comment on the ‘ndrangheta may give the impression their activity in Australia is a relatively new phenomenon.

The recent AFP statement was celebrating the first anniversary of “the overt action taken under Operation Ironside, the biggest and most significant organised crime operation” in AFP history.

Operation Ironside – otherwise known as operation AN0M or Trojan Horse in the United States – involved a joint action between the FBI and the AFP that took place on 8 June last year.

it was notable the AFP’s press release mentioned 51 Italian crime groups, of which only 14 are recognised ‘ndrangheta clans; this begs the question of who are the remaining groups?

The recent anniversary of this joint action led to a spike in media reports about the ‘ndrangheta in Australia, with AFP Assistant Commissioner Nigel Ryan quoted as saying: “It’s entirely possible that people will be living next door to members of the ‘ndrangheta without knowing.”

I thought it was notable the AFP’s press release mentioned 51 Italian crime groups, of which only 14 are recognised ‘ndrangheta clans; this begs the question of who are the remaining groups? The AFP’s statement didn’t specify, and focused chiefly on the ‘ndrangheta.

As someone who has researched the ‘ndrangheta for a decade – and specifically the Australian ‘ndranghetasince 2014 – I didn’t think there was much urgent or new in the recent “revelations” tied to the anniversary of the Ironside arrests.

The ‘ndrangheta – also known as “the honoured society” – has operated in Australia in a structured way for at least a century.

The ‘ndrangheta in Australia

The criminal organisation even has an Australian ‘birthday’: 18 December, 1922 when the ship King of Italy docked at the Western Australian port of Fremantle, then in Adelaide and then in Melbourne. It left in each of these ports one of the three founders of the ‘ndrangheta.

The ‘ndrangheta has capitalised on Calabrian/Italian migration to Australia to grow and entrench its power in Australia.

Australian institutions were quicker than their Italian counterparts to recognise the specificities of the ‘ndrangheta between the mid-1950s and mid-1960s. At this time, Italian authorities were largely focused on the more famous Cosa Nostra, the Sicilian mafia.

Australia’s approach to countering the ‘ndrangheta in Australia tends to swing between visibility and forgetfulness or sensationalism and denialism. As investigative reporter Nick McKenzie, put it: “The history of the AFP’s policing of Italian organised crime in this country is marked by widely spruiked success, rarely mentioned failure and extended periods of malaise.

As his report noted, in the past 20 years alone Australian law enforcement has produced maps of ‘ndrangheta families and confidential reports about its members and activities.

Any attempt to take the ‘ndrangheta seriously requires sustained political will and resources. Swinging between a flurry of attention on the ‘ndrangheta and collective forgetfulness of the issue does not help.

However, as outlined in my recent book, Chasing the Mafia and by investigative reporters, there is a world of political infiltration too. Legal businesses have been born on the back of proceeds of crime, and powerful men who have a say in the Calabrian/Italian community.

This is less talked out, partly due to fear and intimidation but also due to consensus, friendships, and exploitation of ethnic solidarity.

The ‘ndrangheta is deeply integrated into Australian society; it is a phenomenon with many heads. As such, it needs a strategy that does not stop at countering drugs importation but considers, for example, the social impact of this mafia on society and the transcultural identity of Italian migrants in contemporary Australia.

When it comes to the ‘ndrangheta in Australia, the combined knowledge of the AFP, the NSW police and the Victorian police is unparalleled. Much of this knowledge is, of course, left out of official statements. These statements have arguably one good effect: they raise the level of attention yet again.

But any attempt to take the ‘ndrangheta seriously requires sustained political will and resources. Swinging between a flurry of attention on the ‘ndrangheta and collective forgetfulness of the issue does not help.

This article first appeared on The Conversation, and is republished under a Creative Commons licence; the original can be read here.

Picture: An undated handout photo made available by the NSW Police shows cash seized as part of Operation Ironside, on 8 June, 2021 (© NSW POLICE).