Policing InsightFeaturesForensic linguists can make or break a court case. So who are they and what do they do?

Forensic linguists can make or break a court case. So who are they and what do they do? 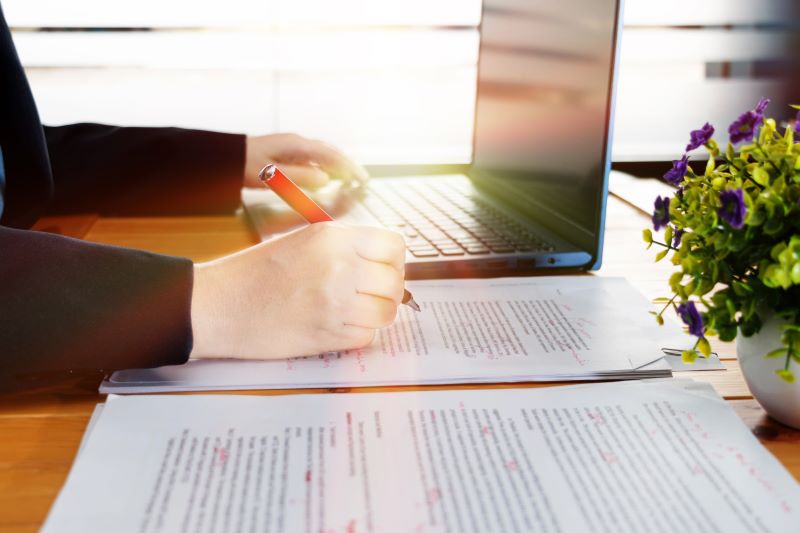 In an increasingly digital world, the role of forensic linguistics will be crucial to law enforcement as an aid to correctly identifying text authors and voices, so investment in research and awareness raising among police officers and the judiciary, are vital to its success. Georgina Heydon outlines how this powerful, yet little known, tool can be integrated into investigations.

If you’re an avid viewer of crime shows, you’ve probably come across cases in which an expert, often a psychologist, is called in to help solve a crime using their language analysis skills.

However, in real life it’s the job of forensic linguists like myself to provide such evidence in courts, here in Australia and around the world.

Forensic linguists can provide expert opinion on a variety of language-related dilemmas, including unattributed voice recordings, false confessions, trademark disputes and, of course, a fair share of threatening letters.

Forensic linguists can provide expert opinion on a variety of language-related dilemmas, including unattributed voice recordings, false confessions, trademark disputes and, of course, a fair share of threatening letters.

But what do we look for when doing this?

Reading between the lines (and everything else)

Linguistics is the scientific study of language. Thus, linguists are uniquely placed to provide expert opinions on how language is used. Linguists study:

Since the first known forensic linguistic case in 1953, all of the above abilities have proven invaluable in courts time and time again. Yet the work done by forensic linguists seems to largely elude members of the public.

Ironically, a big problem for forensic linguists (and linguistics in general) relates to language. It comes down to how we use the word “linguist”.

Some people think this refers to a person who speaks many different languages, or is particularly fluent in their speech or writing. These non-technical interpretations are easy to conflate with the academic discipline of linguistics.

But apart from causing linguists a headache at dinner parties, does it really matter if people misunderstand what linguists do?

Widespread ignorance on the vitality of forensic linguistics has led to some of the most egregious miscarriages of justice in Australian history.

It seems so. Widespread ignorance on the vitality of forensic linguistics has led to some of the most egregious miscarriages of justice in Australian history.

In 2018, the Western Australia Court of Appeal overturned the conviction of manslaughter for Gene Gibson, an Aboriginal man with a cognitive impairment for whom English was a third language.

Police interviewed Gibson without an interpreter, assuming one wasn’t needed to assess his English fluency. This neglect resulted in Gibson spending nearly five years in prison for a crime he didn’t commit.

People who speak English as an additional language sometimes don’t know their legal rights in situations such as police interviews.

In the past, these defendants or witnesses have been treated as though they understood complex legal English simply because they could chat about the weather, or their family. Such casual conversations are not a suitable test for language fluency.

The verbose wild west of the web

Another example where linguistics intersects with criminals is found in the rapid increase in crimes involving digital communication. These online offences are made easy by the anonymity and reach allowed on social media platforms.

Correctly identifying individuals who post threatening, defamatory or false messages online is of chief importance for investigators as it can help protect those targeted.

This task, carried out by forensic linguists, is known as “authorship attribution”. It relies on correctly grouping together texts produced by the same author, by isolating textual features specific to that author.

These features are usually related to grammatical structure and are deeply embedded in each person’s individual authorial style. They are difficult to manipulate by would-be imposters.

Authorship attribution is certainly challenging, as there’s no “text fingerprint” or distinct pattern of language use that can be allocated to each of us. Still, big data analysis, combined with linguistic theory, is getting us closer to a reliable system.

A “stylistics” approach, featured in one Australian Story episode last month, describes patterns of language that are similar or different between two specific texts.

But this approach makes no attempt to calculate how common these patterns might be in any other authored text. This oversight is typical of non-linguists attempting to undertake linguistic analysis, as they often don’t know what constitutes a common feature of language.

For instance, if two documents feature the word “cant” (“can’t” without an apostrophe), a non-expert may see this as a strong indicator of a common author.

But according to the Birmingham Blog Corpus — a collection of almost 630,000,000 words taken from blogs — this word is spelled without an apostrophe about 3.6% of the time.

More reliable methods of identifying authorship, or identifying a speaker in a voice recording, are possible with both specialised linguistic knowledge and computer processing power.

It’s also important we increase awareness of the power (and limitations) of linguistic analysis among the general public, and especially among officers of the law and judiciary.

Bringing more linguistics into schools, such as with Victoria’s VCE English Language subject, would be a great way to equip the next generation of these experts.