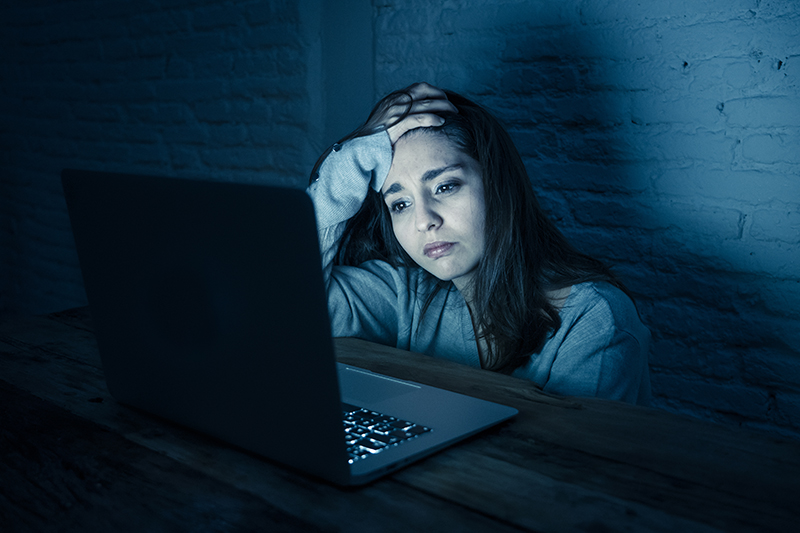 In 2014, Australia’s eSafety Commissioner became the world’s first online safety regulator; Julie Inman-Grant, who took up the Commissioner’s post in 2017, believes that the organisation’s model of protection, prevention, and proactive and systemic change – backed this year by new online safety legislation – has helped to create a successful blueprint that other countries are now looking to follow.

It’s never easy being first. There are no playbooks to thumb through and no clear footprints to follow to let you know you’re on track, or even that you’re heading in the right general direction.

We’ve reached a point where we believe we have a successful and practical model in place focusing on three key areas—protection, prevention, and proactive and systemic change.

Dawson, who had been very open about her struggles with mental illness, took her own life after being mercilessly trolled on Twitter. The outpouring of grief and anger that followed prompted the Government to create a unique regulator with the sole aim of protecting citizens like Charlotte online.

Today, like most six-year-olds, we still have a long way to go and a lot to learn, but we’ve reached a point where we believe we have a successful and practical model in place focusing on three key areas – protection, prevention, and proactive and systemic change.

I’ll deal with protection first because our regulatory schemes represent the tip of the spear in our fight to protect Australians on the internet.

eSafety has a range of civil powers to compel the removal of illegal or harmful content, whether it’s child sexual abuse material, pro-terrorist content, the non-consensual sharing of intimate images or serious cyberbullying of a child.

We exist as a vital safety net for all Australians who have experienced abuse online and have nowhere else to turn. And more and more Australians have come to us as the COVID-19 pandemic continues its stranglehold on the world and supercharges all forms of online harm.

It’s safe to say 2020 was a year like no other. As the world turned to the internet to continue to work, learn and communicate, we received 21,000 public reports of illegal online content, the most in the scheme’s 20-year history.

eSafety took over the administration of Australia’s online content scheme in 2015. Since then, we’ve seen significant increases in reports of illegal online content, the majority of which concern child sexual abuse material.

But it’s safe to say 2020 was a year like no other. As the world turned to the internet to continue to work, learn and communicate, we received 21,000 public reports of illegal online content, the most in the scheme’s 20-year history, and a 90% increase compared to 2019.

We also saw a 114% increase in reports of the non-consensual sharing of intimate images. Serious cyberbullying of children was up by 30%, and the number of adults reporting online harassment to us increased by nearly 40%.

Sadly, we believe these elevated levels of online harm and abuse represent an alarming new normal. That’s why our goal at eSafety is to prevent these online harms we see every day from happening in the first place.

We strive to achieve this through evidence-based research, education and community programs designed to target specific audiences giving people of all ages and backgrounds the right tools to protect themselves online.

For us, this starts with our early years program because we know 94% of four-year-olds already have access to an internet-connected device. And as they get older, we need to be teaching them the critical reasoning skills that will help them deal with the pressures and dangers that exist in the online world.

Fear-based messages don’t work and neither do one-off programs, so we need to be regularly reinforcing these important lessons in a positive, pragmatic and non-threatening way, and co-designing our programs with the audiences we are trying to reach.

But widespread cultural change takes time, and we can’t continue to lump the responsibility for online safety on the shoulders of users – particularly children and their often overwhelmed parents. This is where I believe proactive and systematic change through something we call ‘safety by design’ will finally move the needle.

We’ve known the harms for over two decades and the tech companies are also aware of how their platforms have been weaponised.

We have spent the past three years working with big tech firms to lead them down a path that will fundamentally change how they design, develop and deploy their products, so now safety is at the core.

Ultimately, we want to surface good practice and we want these innovations to be shared. During my tech industry days, we used to call it ‘coopetition’ and while we’ve seen this work with security and privacy, we’re yet to see it applied to online safety. It’s time for this to change.

Technology never stays still for long and so we must also keep an eye on the digital horizon for new technologies heading our way, anticipating how they could be misused and weaponised to harm others.

From decentralised services to end-to-end encryption, online anonymity, new immersive technologies and the rise of deepfakes, we need to anticipate how they might be misused and how we can build safety features in before the genie can squeeze his way out of the bottle.

Since our humble beginnings in 2015, the rapid pace of technological change and the emergence of new platforms and services have given rise to new ways for people to interact online, but also new threats.

While we were the world’s first online safety regulator, we’re no longer alone in this fight. Fiji has set up its own commissioner and we’ve been in talks with Ireland, the United Kingdom, Canada and the United States about setting up theirs.

With this in mind, the Government has proposed reforms to online safety legislation which will enable eSafety to better protect Australians of all ages and increase the pressure on companies to keep their users safe.

The Online Safety Bill 2021 proposes a new, world-first adult cyber-abuse scheme, along with an expanded child cyberbullying scheme that will branch out from social media platforms to also include games, websites and messaging services.

Under the new legislation, our 20-year-old online content scheme will be modernised, extending our takedown powers to tackle child sexual abuse, wherever the world it is hosted.

Regulatory pressure will be applied to industry to remove harmful content more swiftly, prioritise user safety and behave in line with community standards and expectations.

Our goal at eSafety has always been to make the internet a safer and more civil place for all Australians. While we were the world’s first online safety regulator, we’re no longer alone in this fight. Fiji has set up its own commissioner and we’ve been in talks with Ireland, the United Kingdom, Canada and the United States about setting up theirs.

A playbook has now been written and it’s my hope our experience can act as a blueprint for others so that one day soon we will have a global network of online safety regulators all working together to keep us all safe on the internet.