Policing InsightFeaturesAnalysisThe fight against economic fraud: How African countries are tackling the challenge

The fight against economic fraud: How African countries are tackling the challenge 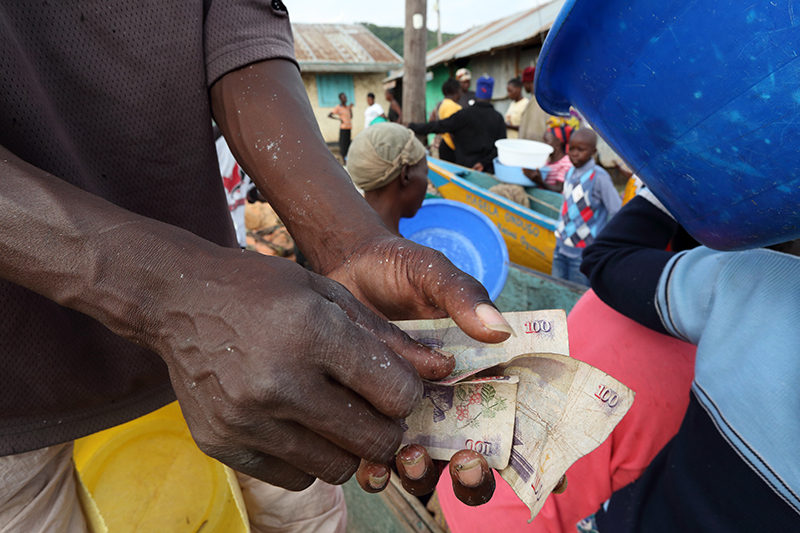 COVID-19 has seen fraudsters taking advantage of the pandemic economy, and Africa has not escaped the attentions of those intent on fraud; Research Associate Nataliya Mykhalchenko and Lecturer Jörg Wiegratz, both of the University of Leeds, set out some of the key findings from their latest research into the responses to fraud, and the major characteristics of anti-fraud measures, across 11 African countries.

The COVID-19 pandemic has stifled many sectors of the global economy. But it has apparently boosted the business of fraudsters. Experts note that some fraudsters have taken advantage of the new opportunities of the pandemic economy and that they seem to become ever more sophisticated in their methods.

In recent years many initiatives have been put forward in the name of fighting and reducing various forms of fraud and other crimes in the economy. But have these measures actually been effective in containing fraud?

At the same time anti-fraud measures are becoming more sophisticated too, with technology playing a big part and, more increasingly, artificial intelligence.

In recent years many initiatives have been put forward in the name of fighting and reducing various forms of fraud and other crimes in the economy. But have these measures actually been effective in containing fraud? Will the typical package of anti-fraud measures stop the fraud pandemic?

We did research into major characteristics of anti-fraud measures in several African countries. In the south we looked at Malawi, Botswana, South Africa and Zambia. In the east we covered Kenya, Rwanda, Tanzania and Madagascar, and in the west Ghana, Nigeria and Sierra Leone.

We looked at the various fraud responses to identify major dynamics and themes. We used online data from news outlets and reports on websites of private companies and governmental agencies to analyse the characteristics of anti-fraud measures across 11 countries.

We found a diverse set of measures had been introduced. We were able to identify 10 particular characteristics.

The first notable feature was a remarkable proliferation of anti-fraud agencies and cross-agency alliances and co-operation. This was between government agencies, the government and the private sector, and at times civil society actors such as consumer protection agencies too.

Agreements, memorandums of understanding and partnerships had been signed to encourage data collection and sharing and knowledge exchange within and across borders as different actors were brought together to fight the “common enemy”.

At the state level, new anti-fraud agencies, taskforces, squads and networks were set up regularly. One example was the Kenya Police Insurance Fraud Investigations Unit.

We also found that a number of regulatory agencies had been established. These included competition and consumer protection authorities at national and regional level.

Third, large-scale technology was used extensively in anti-fraud measures. This was particularly the case in financial services and banking. Anti-fraud software in various forms featured strongly. One example was detecting fraudulent transactions.

Anti-fraud measures regularly came with rhetoric and language that was strong in giving a sense of alarm and urgency. The vices of fraud (and corruption) were presented as “weeds” needing to be “rooted out”. They were also referred to as a virus or a disease that needed “eradication”.

Fourth, anti-fraud measures regularly came with rhetoric and language that was strong in giving a sense of alarm and urgency. The vices of fraud (and corruption) were presented as “weeds” needing to be “rooted out”. They were also referred to as a virus or a disease that needed “eradication”.

At times, warfare-type language was used, that is, fraud needed to be “combated” like an enemy.

Fifth, anti-fraud measures were regularly political in nature. Pledges to counter fraud featured in election campaigns. The rising or falling of fraud was used as a metric to determine whether politicians and public servants were effective in their roles.

At times, political or business opponents of the government were allegedly targeted by the measures. And some powerful business actors reportedly got around regulations.

Sixth, corruption, as well as in-fights, conflicts, tensions and power struggles within and between state agencies charged with anti-fraud measures, featured too. One example was the Kenya Bureau of Standards. In recent years, several managing directors of the bureau were accused of graft.

The seventh feature was that many anti-fraud measures were carried out by specialised for-profit private actors. They were therefore arguably shaped by business interests, competition for anti-fraud measure contracts, and the dynamics of industries and markets.

We also found that international companies specialising in regulations and standards often played a role. Such commercially oriented actors were particularly active in promoting the proliferation of anti-fraud measures.

Eight, arrests, confiscation and destruction of items were widespread in reports about anti-fraud activity.

Ninth, we noticed a prevalence of anti-fraud measures in efforts to increase tax revenue and inhibit illicit financial flows. Various initiatives emphasised the need to increase compliance. At times we detected tensions in moves to create an “enabling” business environment to attract foreign investment – such as low taxes – and calls to protect the national tax bases.

We found there was international co-operation and the involvement of civil society actors in efforts to address tax evasion and transnational money laundering. One example was the Tax Justice Network.

Tenth, civil society actors seemed to have a limited role – or no role at all – in various anti-fraud measure coalitions. In some cases, however, they seemed to play a larger role. One example was consumer protection agencies.

A challenge we identified was that anti-fraud measures could be launched and sustained for reasons that went beyond an interest in simply fighting fraud. This included commercial interests of specialised anti-fraud firms. These were often companies that operated globally.

Other interests at play included governments that used anti-fraud platforms to seek legitimacy, or state agencies that sought government funding as well as new areas of operations and streams of revenues.

It is important to acknowledge that some measures certainly make a positive impact and that efforts are made by various agencies to address internal and other shortcomings, thereby improving the effectiveness of measures.

We also came across criticisms in some cases of the measures’ design, costs, bureaucracy and impracticality. There were also concerns about the heavy handed way in which some measures were implemented. There were allegations about:

They are regularly encouraged to play their role by, for example, calling an anti-fraud hotline, verifying the goods they buy and not contributing to the facilitation of fraud. Aid agencies played a decisive role in some anti-fraud measure cases too.

Anti-fraud measures are mostly initiated and shaped by powerful actors. This includes big business, particularly transnational companies, rather than grassroots or activist organisations.

They are uneven across sectors (for example, the financial sector gets significant attention), and they seem to have become a business and revenue generation vehicle in itself.

It is important to acknowledge that some measures certainly make a positive impact and that efforts are made by various agencies to address internal and other shortcomings, thereby improving the effectiveness of measures.

But the question remains: how can countries substantially contain ‘irregularities’ in situations where the irregular has become widespread, routine and institutionalised? And the dominant agendas and pressures of the day – such as economic growth, profit and commercialisation – are highly conducive to fraud.

This article first appeared on The Conversation, and is republished under a Creative Commons Licence; you can read the original here. Nataliya Mykhalchenko is serving as an intern at the United Nations Population Fund. The views expressed in the article are her own.

Nataliya Mykhalchenko is a recent Master of Research graduate in Social Research, Law and Legal Studies from Birkbeck, University of London, and is currently a Research Associate at the Centre for African Studies at the University of Leeds. She is also serving as an intern at the United Nations Population Fund. Her research interests include financial transparency and accountability, as well as women’s health and empowerment. Nataliya researched anti-fraud measures in several African countries since 2015 – first as part of a five-week funded Leeds University Summer Research Internship Scheme, then with support from the Review of African Political Economy (ROAPE) journal.

Jörg Wiegratz is Lecturer in Political Economy of Global Development at the University of Leeds, School of Politics and International Studies, and Senior Research Associate, Department of Sociology, University of Johannesburg. His research focuses on neoliberal transformations including neoliberal moral change, as well as economic fraud and anti-fraud measures, particularly in Uganda and more recently Kenya too. He worked in Uganda 2004-7, including for the UN Industrial Development Organization (UNIDO). He is also briefings and debates editor of the Review of African Political Economy (ROAPE), and co-edits roape.net