The ASPI Report: Australia’s illicit drug problem is getting worse 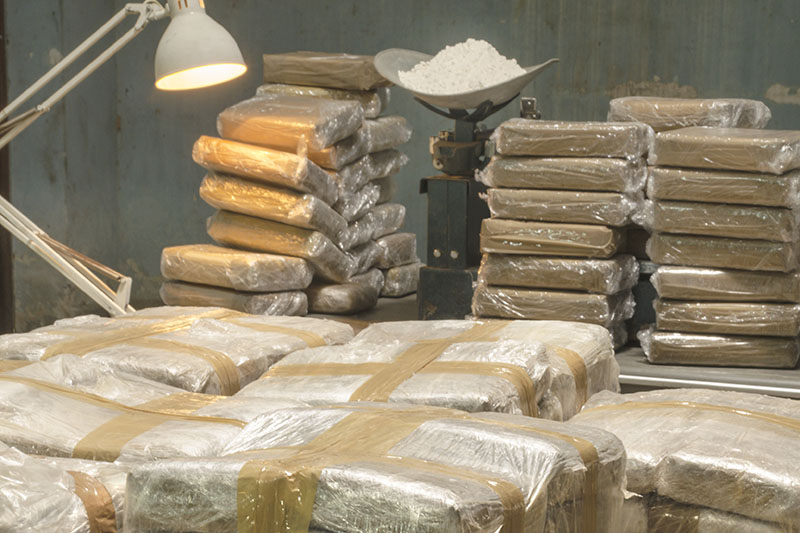 Despite frequent large seizures and law enforcement agency successes, the supply of illicit drugs into Australia continues to grow; In their latest report, Dr John Coyne and Dr Teagan Westendorf of the Australian Strategic Policy Institute examine the expanding nature of the country’s international narcotics supply chain, and what steps can be taken to disrupt it.

The 2014 rap song ‘Move that dope’, by Future, Pharrell Williams, Pusha T and Casino, talks about the push to sell drugs, including crack cocaine, and enjoy the spoils of the trade. Its underlying message is to move on from low-level sales of drugs to individual addicts to higher level pursuits.

Future’s song subscribes to the tried and tested assumption of a vertically integrated organised crime network, in which the closer you get to the source, the more profit there is to be made.

But if that’s correct why, despite Australian law enforcement agencies’ successes, are most illicit drugs easy to obtain, their purity unaffected, domestic retail prices stable and regional wholesale prices decreasing?

One way of understanding Australia’s illicit drug supply challenge and the transnational serious and organised crime groups involved is by analysing likely profits at each layer of the vertically integrated networks producing, transporting and selling drugs.

This is why the Australian Strategic Policy Institute (ASPI) recently released its latest report, ‘High rollers’: a study of criminal profits along Australia’s heroin and methamphetamine supply chains.

A large and growing trade

Our report uses quantitative and qualitative data from the Australian Criminal Intelligence Commission and the UN Office on Drugs and Crime to provide a better understanding of the segmentation of Australia’s heroin and methamphetamine markets and the transnational connections of those markets. We examine the profits made by criminal actors at each level of Australia’s vertically integrated illicit drug supply chains.

The report helps to develop an understanding of the quantum of profits being made and where in the value chain they occur. Australians spent approximately $5.8 billion on methamphetamine and $470 million on heroin in 2019.

Approximately $1.2 billion was paid to international wholesalers overseas for the amphetamine and heroin that was smuggled into Australia in that year. The profit that remained in Australia’s economy was about $5 billion. Those funds are undermining Australia’s public health and distorting our economy, and ultimately funding drug cartels and traffickers in Southeast Asia.

One key takeaway from the figures presented in the report is that the Australian drug trade is large and growing. Despite the best efforts of law enforcement agencies, methamphetamine and heroin use has been increasing by up to 17% year on year.

One key takeaway from the figures presented in the report is that the Australian drug trade is large and growing. Despite the best efforts of law enforcement agencies, methamphetamine and heroin use has been increasing by up to 17% year on year. Falling prices in Southeast Asia are likely to keep pushing that number up, while drug prices and purity in Australia remain relatively stable.

As production prices for methamphetamine continue to decline along with wholesale prices, more sophisticated transnational organised crime actors are likely to begin to examine their business models in greater detail. Industrial production of methamphetamine for high-volume, low-profit regional markets like Australia has significant benefits for them.

The data suggests that the more sophisticated transnational organised crime groups will seek to expand their control of the heroin and methamphetamine value chains to include greater elements of the wholesale supply chain as well as alternative product lines, such as synthetic opioids.

Given that many of the region’s most prolific organised crime groups have strong links to Chinese organised crime, Australia might not be immune from such vertical supply-chain expansions.

While ever-larger drug busts continue to dominate the headlines, the underlying fact is that methamphetamine and heroin imports continue to rise despite authorities seizing up to 34% of imported drugs.

As our report shows, the profits in the methamphetamine and heroin trades are so large that, even if authorities were able to seize between half and three-quarters of imported drugs, they would be unlikely to put many trafficking networks out of business.

With vertical integration, it’s about following the money and acting to limit the utility of the profits. Then, acting against high-worth individuals who have assets that can be seized would seem to be a useful strategy.

The data contained in the report suggests that disruption might be easiest (a relative term) at the points in the value chain where the profitability is lowest, because that’s where disruption can make the business uneconomic.

So, while the wholesalers in Australia make the biggest proportional and actual profits, pressuring them enough to make their businesses unprofitable is probably hardest, while pressuring the point of origin – the growers or the precursor providers – might drive them out of business.

Of course, if the businesses are vertically integrated, you don’t have much choice other than to work to disrupt the broader business model.

With vertical integration, it’s about following the money and acting to limit the utility of the profits. Then, acting against high-worth individuals who have assets that can be seized would seem to be a useful strategy, as it strikes right at their profits at the point where those profits are concentrated.

Perhaps the most effective approach for Australia would be to continue to work with international partners to reduce the availability of precursor chemicals, and eventually pre-precursors. Methamphetamine and heroin supply chains could be most vulnerable and prone to disruption at the point of production.

Regional border control within and into the Mekong region is critical to constricting methamphetamine and heroin distribution. In the face of increased connectivity resulting from the Chinese government’s Belt and Road Initiative and ASEAN’s economic integration efforts, border agencies have limited capacity. Greater intra-regional border security cooperation and capability enhancement are critical to addressing this challenge.

Australia’s law enforcement agencies will need to revisit their focus on seizures and ‘decapitation’ (removal of criminal leaders and key facilitators), although the aggressive pursuit of the proceeds of crime, including assets seizures domestically and regionally, will remain a valuable policy lever and strategy option.

The evidence in our report suggests that Australia’s onshore wholesalers are resilient to higher levels of arrests and seizures. Perhaps the rapid pursuit of larger numbers of mid-level dealers along the supply chains would have more disruptive impacts than lengthy investigations focused on organisational decapitation.

Perhaps the most important message is that, in the absence of supply reduction, and even with more effective supply-chain disruption, our federal and state governments will need to invest more heavily in strategies to reduce demand and minimise harm.

Regardless, the focus must be on supply-chain disruption. Perhaps Operation Sovereign Borders provides some precedent for such a supply-chain-focused approach. To control people smuggling, intervening ‘upstream’ (before arrivals into Australian jurisdictions), through partnerships and cooperation, has been effective.

However, that model needs to be applied to the lower profit areas of the regional illicit-drug-supply and money-laundering chains. Here, arguably, you don’t have to affect the cost of business as much to make it uneconomic.

If that assumption is correct, intervention needs to be focused on the points of production and transhipment from Myanmar. Enhanced border control, through capacity development, police-to-police cooperation and intelligence sharing, is critical.

Perhaps the most important message is that, in the absence of supply reduction, and even with more effective supply-chain disruption, our federal and state governments will need to invest more heavily in strategies to reduce demand and minimise harm. In a practical sense, that approach frees up law enforcement resources to concentrate on reducing the supply of illicit drugs.

This article is republished from The Strategist under a Creative Commons Licence. The original can be read here.

Dr Teagan Westendorf is an analyst in the Strategic Policing and Law Enforcement program, and the Northern Australia Strategic Policy Centre, at the Australian Strategic Policy Institute. Her research interests include national security and strategic policing; transnational and organised crime; and radicalisation and violent extremism. Prior to joining ASPI, she worked in a range of research and policy roles in the consulting and NFP sectors, and spent seven years working in academic research and teaching in the School of Social and Political Sciences at Melbourne University.