Ripple effect: The social consequences of the ‘everyday’ hate crime 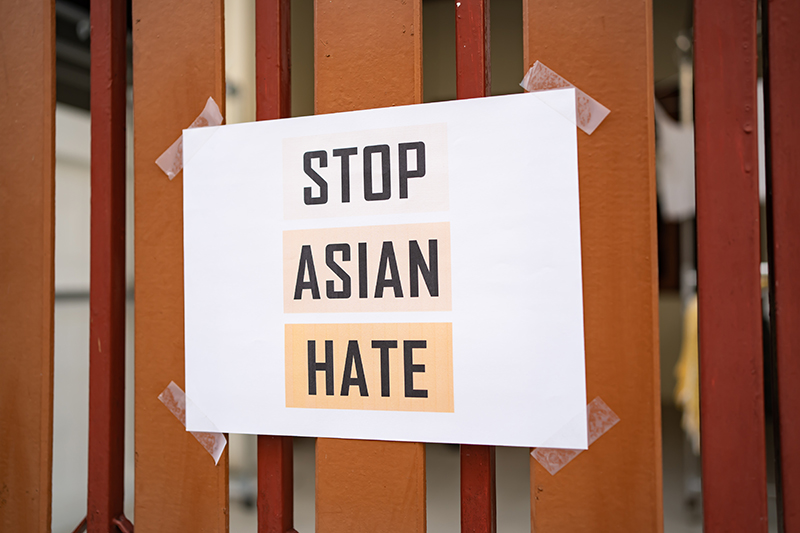 Hate crime can have a long-lasting and devastating effect on victims, but what about the impact on the wider community? New research by Monash University’s Researcher Chloe Keel, Prof Rebecca Wickes and lecturer Kathryn Benier found that ‘secondary exposure’ to hate crime could actually increase negative sentiments towards migrant groups and lead to more boundaries between sections of the community.

Hate crimes towards specific ethnic, racial or religious groups are increasing in Australia. These kinds of crimes are defined here as “unlawful, violent, destructive or threatening conduct in which the perpetrator is motivated by prejudice towards the victim’s social group”. They tend to occur more often near the home of the victim.

We wanted to know if incidents of hate crime in a local neighbourhood led to empathy for diversity and difference, or hostility? What effect does it have on witnesses and bystanders?

In Victoria, Australia, we have seen some political rhetoric identify particular ethnic, racial or religious migrant groups as unable or unwilling to integrate. It’s unsurprising that hateful incidents are increasing in communities where migrants live and work.

Our new research focused on the nature of hate crime, but also the message that hate events send to others living in the community.

We wanted to know if incidents of hate crime in a local neighbourhood led to empathy for diversity and difference, or hostility? What effect does it have on witnesses and bystanders?

As we know from the broader research, hate crime harms victims, but also those who share the victim’s ‘identity’. It may also be harmful for the broader community: “Yet, few studies focus on the ripple effects of hate. This paper examines how secondary exposure to hate crime in the neighbourhood, through witnessing or hearing about hate crime, influences individual perceptions of ethnic minorities.”

An individual’s knowledge of hate crime is likely second-hand. In our research, we make a clear distinction between witnessing a hate crime on one hand, and hearing about a hate crime after the event through second-hand sources.

These indirect reports about crime where one lives can often be exaggerated and unreliable – but can also affect individual perceptions and actions. Secondary exposure to hate crime (as witness or bystander) sends a message beyond the target group, reaching others living in the area.

We found in communities where ethnic minorities are targeted, the blame appears to be attributed to them. Hearing about hate crime can cause trepidation, and is directly related to “anticipating” social rejection if they approach someone who’s different to them.

Additionally, people who reported second-hand information about hate crime were more likely to foster negative beliefs about migrants, and tended to try to exclude new migrants from their communities. They would also be reluctant to move into a neighbourhood where new migrants lived.

In Melbourne, the racialised crime discourse leading up to the 2018 Victorian state election with inflammatory media attention on so-called ‘African gangs’ saw a rise in hostility towards African-Australians.

Messages of exclusion – such as violence or threats towards a certain group – are overwhelmingly harmful for both the direct and indirect targets of hate crime, yet they can sometimes lead to positive community actions.

Monash University and the Centre for Multicultural Youth’s report Don’t Drag Me Into This found South Sudanese Australians were subject to increased racial abuse in public settings.

More recently, during the COVID-19 pandemic, there’s been a rise in anti-Asian sentiment. A report by researchers at the Australian National University found more than eight in 10 Asian-Australians experienced discrimination in 2020.

This rise in ‘everyday’ hate crime has serious consequences for social cohesion and inclusion in suburbs. It can socially isolate victims and their broader social group, because victims report feelings of marginalisation and often withdraw, while simultaneously creating stronger bonds within the targeted social group.

Hate crime occurring in neighbourhoods where people live has the potential to damage social processes that allow the locals to create a space that welcomes diversity.

Messages of exclusion – such as violence or threats towards a certain group – are overwhelmingly harmful for both the direct and indirect targets of hate crime, yet they can sometimes lead to positive community actions.

In the places people live, we think this positivity towards diversity, attachment to the place in which one lives, and social cohesion in the suburbs protect against hate, and reduce incidents of hate crime.

Social boundaries in neighbourhoods appear to be further entrenched by witnessing hate crimes, we found. Residents are more likely to express anger towards ethnic minorities. This could lead to other barriers between neighbours that do not explicitly seek to exclude migrants, but may increase a sense of defensiveness between groups.

Pre-existing political orientations are important in understanding this relationship, as political affiliation with progressive parties increases positive sentiments, attitudes and actions towards migrants.

People are more likely to believe local crime stories that align with their existing understandings of the world, particularly when they don’t have reliable facts.

Those who want to limit migration are likely primed to feel more hostile towards migrants when hearing about hate crime. Our paper shows that those who witness hate crime express greater anger towards ethnic minorities.

For those with a political leaning in favour of migration, rumours and tales of ethnically, racially and religiously-motivated hate crime might not lead to harmful views and exclusionary actions. Yet those who want to limit migration are likely primed to feel more hostile towards migrants when hearing about hate crime.

Our paper shows that those who witness hate crime express greater anger towards ethnic minorities. Those who rely on second-hand information about hate crime in the community are more likely to anticipate rejection on the basis of their ethnicity, hold negative attitudes towards ethnic migrants, and intend to take actions to exclude new migrants from their communities when compared with those who don’t have such information.

We write that these findings “have implications for community cohesion in multi-ethnic neighbourhoods”.

Large-scale crime events involving ethnicity or religion are different. They can evoke empathy for the victims, and encourage positive community action to stand up against hate.

The Christchurch mosque massacre in New Zealand led to international condemnation, and the image of Prime Minister Jacinda Ardern comforting a Muslim woman while wearing a headscarf was seen worldwide as a symbol of unity.

So, through prominent incidents of hate we see international mobilisation for peace, compassion and unity.

But this is not the case with more localised incidents. Largely, the message generates negative emotions about migrant groups, which could lead to fragmented social relations and more boundaries between groups in the community.

Interventions in the hate crimes can also be affected – if residents with secondary knowledge of hate crime either spread negativity about diversity, or endorse exclusion of new migrants, they’re unlikely to step in as bystanders, thereby not reducing the number of hate-fuelled incidents in the future.

Chloe Keel is a Researcher with the Monash Migration and Inclusion Centre and a doctoral candidate and Teaching Associate in Criminology at Monash University. Her research has focused on migrant settlement experiences in Australia, the impact of visa regulation focusing on International student experiences and community policing.

Rebecca Wickes is an Associate Professor in Criminology and the Director for the Monash Migration and Inclusion Centre at the School of Social Sciences. She is the lead investigator of the Australian Community Capacity Study, a multi-million, multisite, longitudinal study of place. Dr Wickes’ research focuses on physical and demographic changes in urban communities and their influence on social relationships, inclusion and the concentration of social problems, in particular crime, social exclusion and public disorder.

Kathryn Benier is a Lecturer in criminology in School of Social Sciences at Monash University. Her research focus is urban criminology and the neighbourhood ecology of crime. In particular, her work focuses on hate crime and the impact of immigration and ethnic diversity on social relationships, cohesion and sense of belonging over time. She also has a research interest in family and domestic violence, with a strong focus on the geospatial distribution of offences and the consequences of victimisation.

This article is republished with permission from the Monash Lens, under a creative commons licence; the original can be read here.