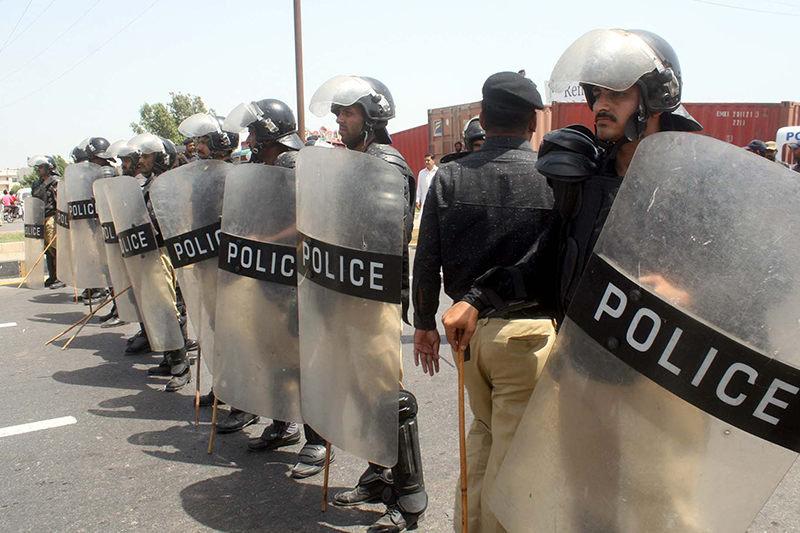 Despite several attempts at reform, successive governments in Pakistan appear to have had little success in tackling the corruption, undue political influence and paramilitary involvement in policing; Zoha Waseem, Assistant Professor in Criminology at the University of Warwick, believes Pakistan’s new government must now take the opportunity to deliver localised, effective change.

By the time Imran Khan’s government fell in late March 2022, it showed an abysmal track record of unfulfilled promises, especially on badly needed reforms to address the problems of police corruption and extrajudicial killings.

Khan’s party, Pakistan Tehreek-e-Insaaf (PTI), had a comprehensive agenda for changing the way the police operated, promising to eliminate “political influence on policing in all matters”, including recruitment and transferring officers for political gain.

With the change of government in Pakistan, political leaders must prioritise reforming the country’s police forces by taking localised approaches, curbing political interference and addressing the causes behind corruption and abuse.

Unfortunately Khan’s party appears to have performed no better than its predecessors on police reform. It’s now going to be a challenge that Pakistan’s new government, led by the prime minister, Shehbaz Sharif, has to face.

With the change of government in Pakistan, political leaders must prioritise reforming the country’s police forces by taking localised approaches, curbing political interference and addressing the causes behind corruption and abuse.

Pakistani citizens often fear the police, and those without the right connections risk bribery and blackmail during interactions with officers, research has shown.

Despite Khan’s anti-corruption rhetoric, PTI did little to address police corruption. Even the police in Khyber Pakhtunkhwa, a province where police reforms are frequently hailed as a success story, reportedly came under investigation for embezzling funds. The officers were later acquitted. Meanwhile, in the city of Karachi alone, at least 27 people were killed in police “encounters” in the first four months of 2022.

A study from Lahore, Punjab, for the British Journal of Criminology, has found that corruption and lack of effectiveness undermines public trust in the police, as officers are seen to be “chronically corrupt, inefficient, ill equipped, and loyal to power elites of the society”. Although this work was carried out in 2014 the issues remain the same.

These institutional dynamics have also enabled routine occurrences of police abuse, including the notorious practice of “encounter killings” or extrajudicial killings that are staged to appear like shootouts between officers and criminals.

In the federal capital, Islamabad, the killing of a 21-year-old civilian Usama Satti by police officers from an anti-terrorism squad in 2021 appears to be another example of trigger-happy Pakistani police.

Reports into the incident alleged police had intentionally killed the young man for failing to stop his car. Five officers were later arrested. They were removed from service and are now facing trial.

Policing influenced by the past

Many of these institutional and structural problems are rooted in Pakistan police’s colonial legacy and legal frameworks, such as the 1861 Police Act, which is still applied in the southern provinces of Sindh and Balochistan.

Even where this was replaced by new legislation – the Police Order 2002, a much-touted outcome of reform efforts produced under the military regime of Pervez Musharraf (president 2001-2008) – the framework is implemented through amendments in Punjab and Khyber Pakhtunkhwa that have diluted the essence of the original order.

My own research finds that such a dual policing mechanism creates competition and confrontation between the paramilitary and the police, potentially compromising the legitimacy of the latter.

In doing so, the legislation’s calls to enhance public accountability and reduce political control over the police have gone largely unheeded due to a lack of political will.

The politicisation of policing has typically referred to the influence of politicians and their elite allies on the internal affairs and workings of the police.

PTI’s inability to move away from such politicisation is shown most starkly by the fact that during its first three years in office, the provincial police chiefs in Punjab were changed by the government seven times.

The politics behind the shuffling of key bureaucrats became clear when, faced with a no-confidence motion, Khan sought to again change police administrators in Punjab after they allegedly refused to follow orders to unlawfully prevent opposition parties’ members from voting against Khan. This allegation was denied by members of the PTI.

But interference is not only allegedly initiated by political leaders, but also by Pakistan’s powerful military establishment. In 2020, the kidnapping of Sindh’s police chief by paramilitary and intelligence officers exposed the growing influence of the establishment in civilian police work.

It also highlighted the political role of the Sindh Rangers, a paramilitary force that has been posted in the province for three decades, providing policing which has been central to security operations against domestic terrorists.

My own research finds that such a dual policing mechanism creates competition and confrontation between the paramilitary and the police, potentially compromising the legitimacy of the latter.

Future governments should pay special attention to how such policing by military forces can create barriers to police reform. Pakistan’s new leadership needs to consider the contributions of prior reform efforts – including some of the original tenets of the 2002 order, such as establishing commissions to improve accountability by prioritising public oversight on police transfers and abuse.

Key enhancements in police budget, equipment and salaries can improve officer output, safety and wellbeing as well as strengthening their financial security and reducing incentives for engaging in petty corruption and courting political patronage.

But these efforts must also be localised. Pakistan is a multi-ethnic, multilingual society. Each policing jurisdiction, rural or urban, has different dynamics and demographics that influence local politics and social relations.

Future reforms must take such diversity and differences into consideration and avoid a one-size-fits-all formula to ensure implementation and sustainability of reform efforts.

Reform efforts must also secure the buy-in from rank-and-file officers. Previous efforts have typically included senior and retired police officers and bureaucrats, who belong to an elite cadre of officers recruited federally, not the rank and file, who are locally and provincially recruited, trained and deployed. These junior officers create a body of knowledge on policing that is inadequately harnessed.

Lastly, while public safety is key for sustaining police legitimacy, the satisfaction and security of police officers should not be neglected. Key enhancements in police budget, equipment and salaries can improve officer output, safety and wellbeing as well as strengthening their financial security and reducing incentives for engaging in petty corruption and courting political patronage.

These institutional and structural improvements could enhance the effectiveness of community policing models of reform, which, according to recent research, have thus far failed to be delivered in Pakistan.

This article first appeared on The Conversation, and is republished here under a Creative Commons Licence; the original can be read here. 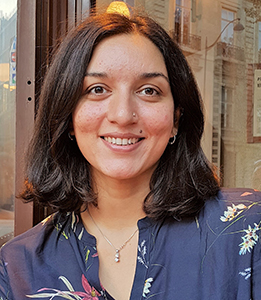 Zoha Waseem is Assistant Professor in Criminology, Department of Sociology, at the University of Warwick, and researches on policing, urban insecurity, and violence in postcolonial contexts, with a focus on Pakistan. She obtained her PhD from the School of Security Studies, King’s College London, and has worked as a teaching fellow at the School of Oriental and African Studies, University of London, and a postdoctoral research fellow at the Institute for Global City Policing, University College London. Zoha is also Co-Coordinator for the Urban Violence Research Network.