Policing InsightFeaturesVictoria Police may soon be able to issue final intervention orders on the spot: But will this help victim-survivors?

Victoria Police may soon be able to issue final intervention orders on the spot: But will this help victim-survivors? 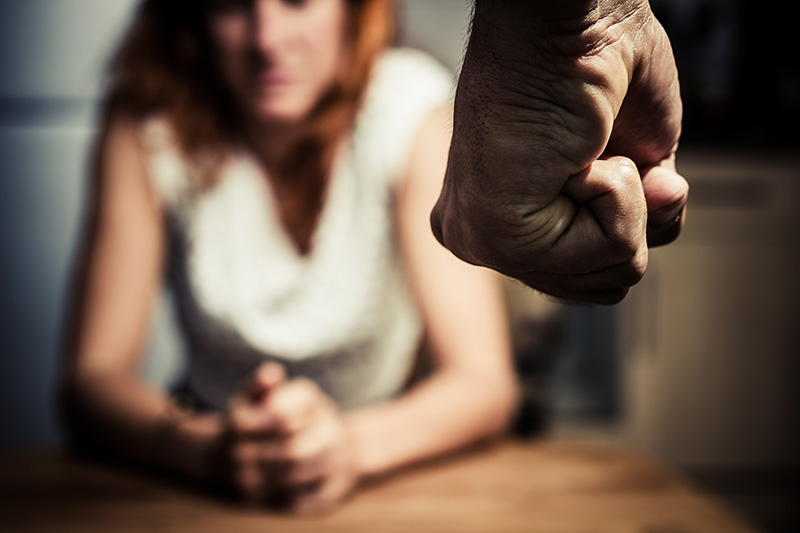 Police officers in Victoria, Australia may soon be given the power to grant on-the-spot family violence intervention orders; but while police argue the new powers are victim focused, others fear the orders could enable perpetrators to utilise the system as a weapon against victim-survivors, as Postdoctoral Research Fellow Ellen Reeves and Professor Kate Fitz-Gibbon of Monash University explain.

Police responses to family violence have long been the subject of scrutiny. Effective policing can play a key role in protecting victim-survivors and holding perpetrators accountable. Most recently across Australia, there has been heated debate about the criminalisation of coercive control.

Policing was a prominent focus of the 2016 Victorian Royal Commission that recommended 227 reforms to transform the state’s response to family violence.

Advocates argue that creating specific laws for patterns of abusive behaviours will better protect victim-survivors. Others argue such laws will disproportionately affect women from marginalised backgrounds, including First Nations women. It is these women who may be at an increased risk of negative police outcomes, including being misidentified as the predominant aggressor.

Policing was a prominent focus of the 2016 Victorian Royal Commission that recommended 227 reforms to transform the state’s response to family violence.

Recommendation 59 of the Royal Commission

Recommendation 59 advised that in 2021 Victoria consider giving police the power to grant on-the-spot family violence intervention orders (FVIOs). These orders could last up to 12 months.

This would extend the current powers of family violence safety notices (FVSNs), which are temporary orders issued by police. These orders can be in place for up to 14 days and serve as an application to the court for a final order.

Police argue that such orders are victim focused and will prevent perpetrators from manipulating the system. In contrast, others have warned that police-issued intervention orders could bolster perpetrators’ efforts to utilise the system as a weapon against victim-survivors.

Where do these expanded policing powers already exist?

Various Australian inquiries into system responses to family violence have supported temporary notices such as Victoria’s. However, significant caution has been expressed over giving police the power to grant on-the-spot final orders.

In 2015 the Tasmanian Sentencing Advisory Council highlighted that police-issued orders are more frequently used than court-issued intervention orders and come with a higher breach rate.

Tasmania is the only Australian jurisdiction where police have these powers. Police family violence orders (PFVOs) were introduced as part of the state’s sweeping 2004 reforms. There is minimal research on their use in Tasmania.

However, in 2015, the Tasmanian Sentencing Advisory Council highlighted that police-issued orders are more frequently used than court-issued intervention orders and come with a higher breach rate.

The council attributed this to the orders not being specifically tailored to the needs of the victim-survivor. It also cited respondents misunderstanding the conditions due to these not being explained with the level of detail that a court would give.

The council recommended police should no longer have the power to grant PFVOs. Its findings mirrored concerns raised in submissions to other Australian inquiries. These concerns include the critical importance of judicial oversight and the potential for the orders to increase the risk of misidentification of women as predominant aggressors.

Misidentification occurs when police incorrectly list the victim-survivor as the predominant aggressor. This can have significant effects on that individual including financial loss, reduced trust in police, visa implications, loss of reputation and access to services, and child custody implications.

Where misidentification occurs, police fail the very category of people they ought to protect. In 2018, Women’s Legal Services Victoria found that 10% of family violence intervention order applications involve misidentification. Research has shown women from disadvantaged and marginalised backgrounds are at higher risk of misidentification.

When a victim-survivor consents to an order, the perpetrator can then use it as a weapon. For example, they may lure them into breaching the order and then report them to the police.

When a PFVO is made, the respondent has the option to challenge the order in court. However, research shows family violence victim-survivors often seek to avoid court at all costs. Court is often expensive, extremely stressful and retraumatising. Yet, when a victim-survivor has been misidentified, court is the only opportunity they will have to seek redress.

When victim-survivors are misidentified on intervention orders, they often consent to the order, viewing it as the lesser of two evils – they just want the court process to end.

When a victim-survivor consents to an order, the perpetrator can then use it as a weapon. For example, they may lure them into breaching the order and then report them to the police.

When PFVOs were introduced in Tasmania, it was argued the orders do not give police unnecessary and unchecked power, given the respondent’s ability to challenge it in court. But this argument misses the nuances of misidentification in family violence matters.

It assumes victim-survivors will willingly go to court to have the mistake rectified. It also assumes victim-survivors will have sufficient knowledge of the legal system to make an informed decision about whether or not they should challenge the order. And this happens, paradoxically, before they go to court where they are linked up with key support services and legal advice.

Recommendation 59 is to be considered based on stakeholder and victim-survivor consultations earlier this year. The purpose of these consultations was to determine if Victoria Police responses to family violence have improved enough in the five years since the royal commission to enable them to appropriately use this new power.

Police responses have likely improved, but shortcomings undoubtedly remain. Victim-survivors are still being misidentified as predominant aggressors. If police are given this new power, their power over at-risk populations will be extended, with fewer checks and balances operating to provide redress for victim-survivors incorrectly labelled as perpetrators.

This is not a step that should be taken lightly and without extensive consideration of the potential unintended impacts on victim-survivors.

Dr Kate Fitz-Gibbon is Director of the Monash Gender and Family Violence Prevention Centre, and Associate Professor of Criminology at Monash University. She is also an Honorary Research Fellow in the School of Law and Social Justice at University of Liverpool. Kate conducts research in the area of family violence, legal responses to lethal violence, youth justice, and the effects of homicide law and sentencing reform in Australian and international jurisdictions, has advised on homicide law reform, family violence and youth justice reviews in several Australian jurisdictions.

This article is republished from The Conversation under a creative commons licence; you can read the original here.