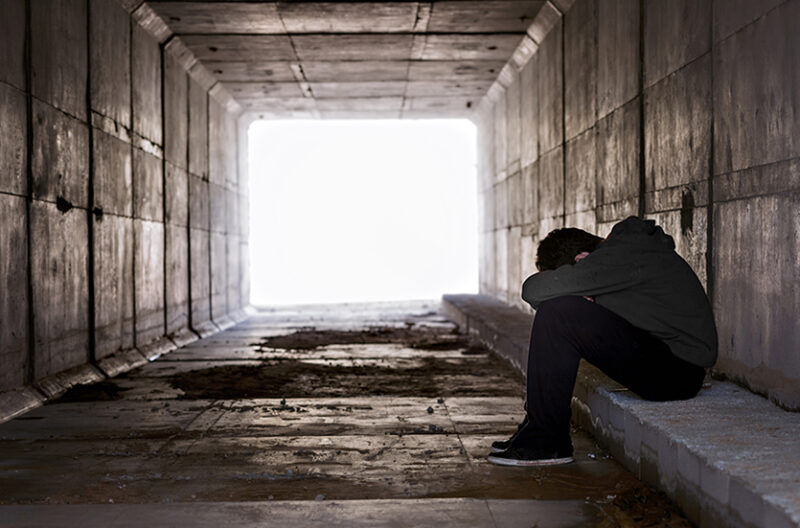 The introduction of the Domestic Abuse Act in the UK recognised children who witness or experience domestic violence and abuse (DVA) as victims for the first time; but Dr Jade Levell of the University of Bristol, author of 'Boys, Childhood Domestic Abuse, and Gang Involvement', believes boy child survivors of DVA remain largely overlooked, at least until they come under closer scrutiny of the criminal justice system as members of gangs.

The combination of the UK Government’s period of austerity and funding cuts, as well as the shift to prioritise funding for those victims assessed as at highest (current) risk of harm, has created a perfect storm.

We have now passed the one-year anniversary of the UK’s Domestic Abuse Act coming into force.

A unique aspect of the Act was the novel recognition of children who see, hear or experience the effects of domestic abuse, leading to not only the person being abused but also the perpetrator as potentially being considered as a victim of domestic abuse.

For many of us, it is surprising that it has taken so long to explicitly frame children as directly affected. They were previously seen as vicariously impacted by abuse and violence, but not the central concern.

This is not to say that domestic violence and abuse (DVA) services have completely neglected the impact of DVA on children. Many services across the UK have adjoined support services for children.

However, the combination of the UK Government’s period of austerity and funding cuts, as well as the shift to prioritise funding for those victims assessed as at highest (current) risk of harm, has created a perfect storm.

This can often mean that the cases of those who are deemed not at immediate risk (ie living with a violent perpetrator) would go to the bottom of the pile. It has resulted in a vacuum of both recognition and support of children who do not reach a high enough threshold for a Children’s Social Care or CAMHS referral.

Prevalence estimates vary, with 2017-2019 government data suggesting that 7% of children aged 10 to 15 years were living in households where an adult reported experiencing domestic abuse in the previous year, with other studies suggesting that one in seven children experience DVA before they reach 18 years old.

Boy child survivors occupy a blind spot in the DVA movement, as services have been set up to support adult women survivors and their children, with boundaries put on boys’ support.

It is clear that there should be a much greater focus on reaching the vast numbers of children who may be living with the long-lasting impacts of DVA. Boy child survivors occupy a blind-spot in the DVA movement, as services have been set up to support adult women survivors and their children, with boundaries put on boys’ support, enacted for instance in age limits for boys’ inclusion in DVA refuges.

Although gendered recognition of child survivors is welcome, the name of the strategy discursively creates a victim hierarchy which is inappropriate for an issue which is as likely to afflict both boys and girls.

Indeed, the Victims’ Commissioner, Dame Vera Baird QC, said the document was “disappointing in the extreme”, and that “through its confused and contradictory language, is at risk of actively promoting the very harmful stereotyping the document cautions against”.

Child survivors of DVA are obviously a diverse and relatively large group of children. However, through my frontline work I came to recognise a specific group of children who were often falling through the gaps in DVA support services.

The Children’s Commissioner for England found that children who were in gangs were 37% more likely to have experienced childhood domestic violence/abuse than other children.

In my research I found that boys who were experiencing domestic violence, but who had not been deemed to be in this ‘immediate risk’ category (due to the perpetrator having moved out, or moved on, or living separately), were not being offered support.

Some were then before long coming to the attention of youth offending services as perpetrators of violence, through being involved in urban street life (on-road), or involved in gangs.

The public health approach to violence prevention has limitations in dealing with DVA as the way it conceptualises violence is a largely gender-neutral one which frames violence in epidemic terms.

At this point they were the least likely to be framed as victims due to their being males who were engaged in violence themselves – the most complicated kind of victim, and perhaps one of the hardest to ‘help’.

In my book I focus particularly on the life stories of men who experienced childhood domestic abuse and then later became involved in life on-road and in gangs.

Children in this position can be doubly overlooked – invisible as victims of DVA and hyper-visible to services when labelled as young offenders and ‘gang-involved’. By the time their own violence and criminality is coming to the attention of the authorities, their prior victim status is rendered unimportant.

This is not helped by the political boundaries between the domestic abuse agenda and that concerned with ‘serious violence’. Violence reduction units (VRUs) have been set up to create multi-agency hubs to deal with associated crimes.

However only half of the 18 new dedicated VRUs, set up using the Serious Violence Prevention Duty, have domestic violence and abuse as part of their strategy.

The public health approach to violence prevention has limitations in dealing with DVA as the way it conceptualises violence is a largely gender-neutral one which frames violence in epidemic terms. In my book I instead look at gender inequality and patriarchy as a way to understand both DVA and gang-related violence.

This shift to recognition of the impact of domestic abuse on children has come alongside a wider move to acknowledge the impact of adverse childhood experiences (ACEs) on the life trajectories of young people.

Early experiences of trauma can have a long-lasting and compounding effect on young people’s lives. However, it is important to focus on the ways in which different ACEs can impact on how young people see themselves and their place in the world.

By the time they were being labelled, excluded and criminalised, the emphasis had turned to surveillance and monitoring, leading to missed opportunities for DVA support.

We live in a gendered society which has different expectations on young boys and girls as they move into adulthood. Wider gender inequality can influence how young people cope with and survive violence and abuse.

It is important to note that not all child survivors of DVA end up using violence themselves in adolescence. We are talking about a very small minority of young people here. However, these children are some of the most marginalised in society.

Intersecting issues which can result in coexisting challenges can include racial discrimination, poverty, neglect and school exclusion. In my book I review all relevant Serious Case Reviews (SCRs) where a child has died and found that many cases were blighted by a lack of understanding about the dynamics and impact of DVA on children.

By the time they were being labelled, excluded and criminalised, the emphasis had turned to surveillance and monitoring, leading to missed opportunities for DVA support.

If children are really going to be acknowledged as victims of DVA in their own right, then more questions need to be asked about how they survive, distinct from their non-abusing parent (most often their mother).

Support services that have children at the heart need to be funded and promoted, and driven by a deep understanding of the dynamics of domestic abuse within a context of wider gender inequality.

If DVA is a gendered issue, then we need to understand the gendered implications for children. This book aims to start that conversation. 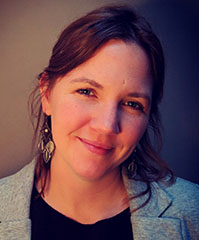 Dr Jade Levell is a Lecturer in Criminology and Gender Violence at the University of Bristol, and is a specialist in gender-based violence and serious youth violence, as well as gender theory including studies of masculinities. Research interests include adverse childhood experiences, childhood domestic violence, on-road and gang subcultures, organised crime, masculinity theory, DVA perpetrators, and feminist praxis. Prior to her research career Jade worked for over 10 years in charities that work to end gender based violence, in support work, policy work, and professional training.

This article first appeared on the Transforming Society website, and is republished here under a Creative Commons licence.