Gun control in South Africa: Tightening the law, and more 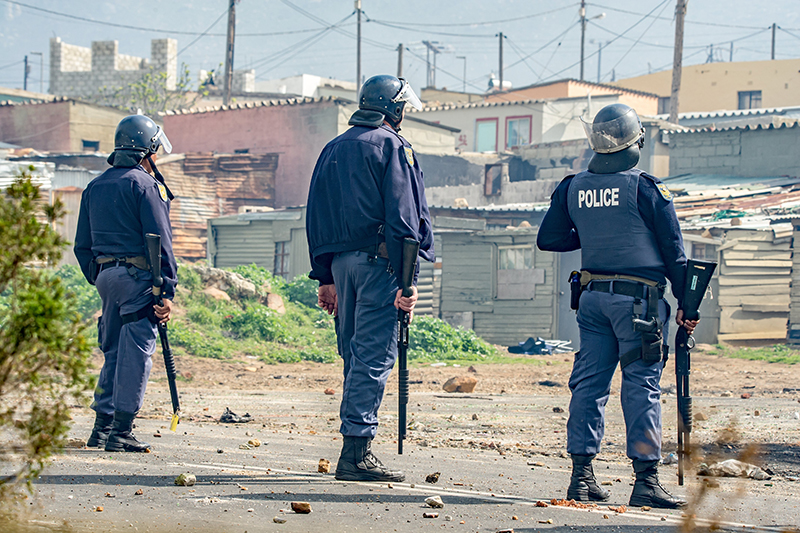 There are conflicting views over whether proposed amendments to South African law, which would reduce the number of licensed firearms and rule out the acquisition of a firearm for self-defence, will have the desired effect on gun crime in the country; but criminologist and lecturer Dr Guy Lamb of Stellenbosch University argues that the legislation changes are an important element in the efforts of the Government and police to keep guns out of the hands of criminals.

Statistics produced by the police and mortuary surveillance systems in South Africa have consistently shown that firearms are the most commonly used weapons to commit murder and other violent crimes, such as carjacking and house robberies.

If the amendments become law, it will no longer be possible to acquire a firearm licence for self-defence purposes.

With this in mind, the Civilian Secretariat for Police Services, which serves as the technical advisory agency to the Minister of Police, wants to have the Firearms Control Act amended to introduce more stringent firearm licensing measures.

The proposed amendments seek to reduce the number of new licensed firearms in circulation. Significantly, if the amendments become law, it will no longer be possible to acquire a firearm licence for self-defence purposes.

The current Act requires firearm license applicants to undergo detailed background checks and pass a firearm competency test. In addition, only those 21 years or older can apply for a license. And applications generally have to be accompanied by compelling motivations.

The proposed amendments have once again stirred public debate, particularly about whether tighter laws do actually reduce firearm violence. The Civilian Secretariat for Police Services has invited public comment on the proposed amendments, and has reportedly received more than 100,000 submissions.

Differing views have also been expressed by researchers. Public health studies have suggested that reductions in murders in urban areas, femicides and gunshot injuries in children can be attributed to the Firearms Control Act.

Groups lobbying for tighter controls, such as Gun Free South Africa, argue that the Firearms Act has been a game-changer for reducing firearm violence in South Africa. They point to the fact that the firearm murder rate declined by 40% between 1998 and 2007. The last amendments were passed midway, in 2004.

For their part, pro-gun groups claim that the firearm law has had a negligible impact on crime in South Africa.

Differing views have also been expressed by researchers. Public health studies have suggested that reductions in murders in urban areas, femicides and gunshot injuries in children can be attributed to the Firearms Control Act.

Conversely, a report by researchers at the Wits University School of Governance “found no evidence for the causal relation between the FCA and reduced crime levels”.

I have more than 20 years of arms control research experience, which included consulting to the United Nations, as well as various policing agencies on various occasions. Drawing from this, it is my view that there are two aspects of firearms control in South Africa that have often been neglected in this debate.

These are essential to understanding the relationship between the Firearms Act, and variations in firearm crime. Firstly, that the Act can only have a direct impact on certain types of firearm violence. Secondly, that changes to the law have been one of a number of interconnected measures that the Government has pursued to address gun violence since the late 1990s.

The basic premise underlying most restrictions and controls relating to legal gun ownership is that some individuals are more prone to violence than others. Hence, throughout the world, many governments use legislation to prohibit those with histories of violence, substance abuse as well as criminal records from acquiring firearm licenses.

Studies published in peer-reviewed journals indicate that the introduction of more stringent firearms controls has the potential to bring about a reduction, or an accelerated reduction in firearm homicides.

It’s highly unlikely that the measures contained in the Act would not have resulted in some form of a reduction in gun violence.

For example, a systematic review of 130 studies from 10 countries on the public health impact of firearms control legislation found a significant link between the “simultaneous implementation of laws targeting multiple firearms restrictions”, and reductions in firearm deaths.

South Africa, unfortunately, doesn’t have data that definitively determine the impact of the Firearms Control Act on levels of violence. But it’s highly unlikely that the measures contained in the Act would not have resulted in some form of a reduction in gun violence.

These include a requirement that the police perform extensive background checks on firearm licence applicants. This has resulted in thousands of applications being rejected.

The Act also makes provision for the invalidation of firearm licenses in circumstances where owners have been convicted of violent crime. And owners are required to store their firearms in a safe when they are not carrying them.

But there are caveats. One is illegal firearms, an area in which the Firearms Control Act has serious limitations.

Illegal guns have been predominantly used in firearm murders and other types of violent crimes in South Africa.

In a paper written three years ago I examined whether there was a relationship between murder and the policing of illegal firearms by the South African Police Service, particularly in high crime areas.

I found that the vast majority of illegal guns in circulation in South Africa were originally licensed to civilians and private security companies. These ended up in the hands of the criminal sector through loss and theft.

A correspondence has been shown between substantial reductions in the approval of civilian firearm licenses and a significant decline in the loss or theft of licensed civilian firearms.

Although the ambit of the law can’t control these guns once they’re no longer in the regulated frame, there is nevertheless evidence that the Act can help reduce the diversion of legal weapons into the hands of criminals.

This is because a correspondence has been shown between substantial reductions in the approval of civilian firearm licenses and a significant decline in the loss or theft of licensed civilian firearms.

This came through clearly in a report compiled by the Western Cape provincial government based, on data from the police between 2004/04 and 2008/09.

The Firearms Control Act has been one of many firearm violence reduction measures in South Africa.

One has entailed the police prioritising the seizure and destruction of illegal firearms – both within the country and in neighbouring Mozambique. The police have reported that they destroyed 1,189,884 firearms between 1998/99 and 2013/14.

There have also been large scale police operations in high crime areas, which have involved the deployment of military personnel with the objective of confiscating as many illegal firearms as possible, and arresting those in possession of such weapons.

My own research has shown that these have been particularly effective at reducing levels of firearm violence.

Despite these police interventions and the introduction of more stringent firearm licensing controls in 2004, South Africa is still affected by high levels of firearm violence.

The annual number of murders in South Africa has increased by 37% since 2011/12, with firearms featuring prominently in the perpetration of these murders.

It is in the best interests of all people who live in South Africa for the Government to pursue more effective ways to reduce firearm crimes.

More concerted efforts by the police to seize illegal firearms is essential. Improving firearms control legislation is clearly one such needed intervention to prevent the further diversion of legal guns into the hands of criminals.

Dr Guy Lamb is with the Political Science Department at the University of Stellenbosch. He previously was the Director of the Safety and Violence Initiative (SaVI) at the University of Cape Town (UCT). Prior to this he was a Senior Research Fellow at the Institute for Security Studies, and Senior Researcher at the Centre for Conflict Resolution. He has undertaken research and published on arms control, violence reduction, urban safety, policing and peace-building issues in Africa for more than 20 years.