Policing InsightFeaturesOpinionDomestic violence soars after natural disasters: Preventing it needs to be part of the emergency response

Domestic violence soars after natural disasters: Preventing it needs to be part of the emergency response 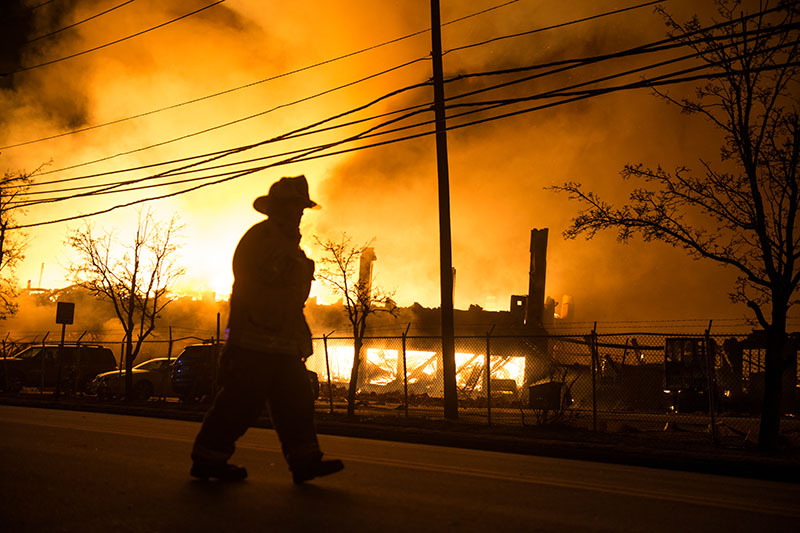 Statistics show that incidents of domestic violence increase significantly in the aftermath of natural disasters; Professor Jennifer Boddy and Researcher Celeste Harris of Queensland’s Griffith University set out how and why violence prevention should be a crucial part of emergency response.

Domestic and family violence soars in the months and years following natural disasters. It usually involves physical and psychological violence perpetrated by men against women and children, but it can also include an escalation in sexual, financial and emotional abuse.

Australia is not alone. Overseas literature suggests demand for women’s shelters goes up after disasters, police reports of violence increase, and violence remains elevated even years after disasters.

Following the 2009 Victorian Black Saturday bushfires, more than half of women in one study reported experiencing domestic and family violence. Many had never experienced it before.

Recent research found significant differences in reports of violence amongst women in high, medium and low bushfire affected regions in Victoria three years after the Black Saturday bushfires. There was an over-representation of women experiencing violence in high bushfire affected areas.

And according to Australian frontline workers, while reports of violence might decrease during a disaster, it soon escalates.

Australia is not alone. Overseas literature suggests demand for women’s shelters goes up after disasters, police reports of violence increase, and violence remains elevated even years after disasters, with women experiencing significant psychological and physical abuse.

Disasters are becoming more frequent, with an average of about 200 million people affected globally each year.

Natural disasters on their own are not the root cause of family violence. Many men feel society expects them to live up to characteristics commonly associated with masculinity. For many, their identity as ‘providers and protectors’ is threatened when disaster makes this an impossible standard to meet.

The frequency and severity of violence against women is exacerbated by tensions arising from natural disasters, including:

Disasters can have disproportionate effects across socioeconomic groups. We have known for some time disasters of similar nature and magnitude have dramatically different consequences for people in different places.

Families where income has fallen after a disaster are at higher risk of women experiencing violence.

In Australia, about one quarter of women have experienced an incident of violence from an intimate partner.

Violence prevention should be part of our emergency response

As disasters are expected to increase, Australia should further consider how to incorporate domestic violence mitigation into our emergency responses. First responders need training in how to identify risks of violence and respond appropriately.

Local community-based domestic and family violence services must ensure their organisations are disaster-ready and can operate when disaster strikes.

In the face of displacement and trauma, it’s important volunteers and workers do not excuse violence. Instead, they should provide care that promotes victims’ safety, and respects their privacy and dignity. Access and referral to appropriate health and community services should be assured.

We need permanent shelters that stay cool during heatwaves and offer protection from flooding. Public buildings need to be well set up for women and children experiencing disasters and, during COVID-19, allow for families to maintain a safe physical distance.

Local community-based domestic and family violence services must ensure their organisations are disaster-ready and can operate when disaster strikes.

But we also need new ways of working directly with men, informed by the experiences of women. Such approaches should seek to intervene early and involve women and children in their design.

We need community education about coercive and controlling behaviours, and about the fact that the risk of family violence spikes after disasters.

As a society we must seek to address the underlying causes of domestic and family violence, and move beyond outdated ideas about masculinity that hold men to an impossible standard and put women at risk.

Many people don’t actually know what domestic violence looks like. We need community education about coercive and controlling behaviours, and about the fact that the risk of family violence spikes after disasters.

Such training should be used to challenge social and cultural norms that condone violence, while also letting people know how to report violence, find services, and get to safety.

We all have a role to play in addressing domestic and family violence. Our efforts grow only more important as we face more frequent and severe disasters in Australia.

Dr Jennifer Boddy is Associate Professor and Deputy Head of School (Learning and Teaching) for the School of Human Services and Social Work at Griffith University. Jennifer’s research is focused on environmental justice, feminism, and domestic violence.

Celeste Harris is a Senior Research Assistant for the School of Human Services and Social Work at Griffith University. Her current research is focused on environmental social work, domestic violence and social work education.