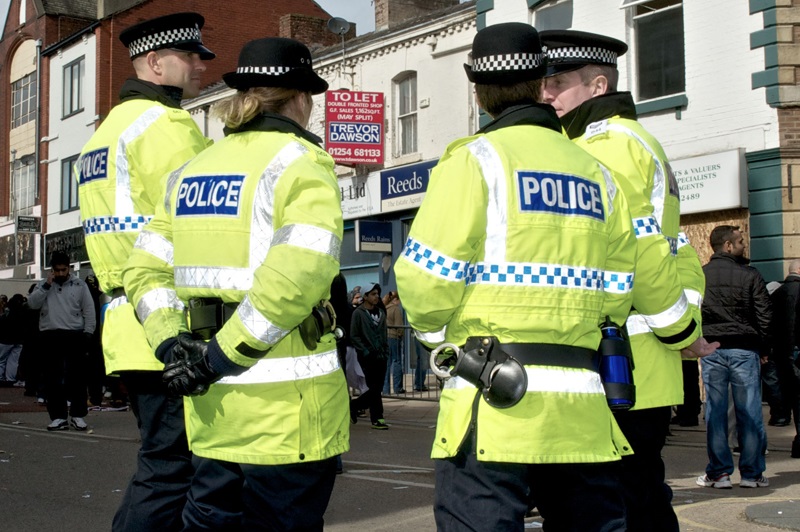 Digital evidence is growing by leaps and bounds, especially with the roll out of new body worn camera systems. But this evidence is not always easily accessible. To address the challenges of managing digital evidence, Lancashire Constabulary adopted a new approach. The force leverages NICE Investigate to make digital evidence from multiple connected systems, including body worn video, readily accessible to officers through a single login and to speed up Lancashire's ability to share video with the Crown Prosecution Service (CPS).

Founded in 1839, Lancashire Constabulary covers an area of 1,189 square miles in the north of England. The county has a population of nearly 1.5 million with a rich diversity of communities, all with specific policing needs. The Constabulary is split into three divisions, West, South and East and its headquarters is based in Hutton, Preston. It has 3,055 police officers and 2,558 police staff – of which 278 are PCSOs and over 350 special constabulary officers, police cadets and community volunteers.

Lancashire Constabulary had an objective to manage all its digital evidence digitally. This included the growth in the amount of evidence its officers would be generating themselves, as the constabulary rolled out a new body worn video (BWV) system. Optimising how the constabulary managed its digital evidence would not only streamline internal processes, but also speed up the sharing of material with the Crown Prosecution Service (CPS). Furthermore, the constabulary recognised the potential to transform how it engaged with residents, businesses, local authorities, and other emergency services to investigate and prosecute crimes.

Project Manager at James Harvard (a partner agency of Lancashire Constabulary, responsible for the roll out of the forces BWV and digital evidence management project), Andrew Wilson states: “It was not uncommon for evidence to take three to five days to reach the CPS. Today, the constabulary is able to do it within the hour.”

This has been made possible through the introduction of its new digital evidence management solution (DEMS) – NICE Investigate.

The introduction of NICE Investigate coincided with the forces rollout of its BWV system. With all the forces 3,055 officers using BWV it provided a way to ensure all footage captured by officers would be readily available for them to view.

The next phase of the project was to improve the process of sharing evidence with the CPS. The force operates a centralised criminal justice function, however, when a charging decision is needed, out of hours or during the weekend, officers need to be able to share material with the CPS directly. Wilson adds: “We embarked on a training programme that has seen over 2,300 officers undertake the necessary training package. A significant number of officers have now used the CPS sharing functionality and we have seen some very positive results.”

With NICE Investigate fully integrated with the constabulary’s BWV, STORM command and control, and NICE Inform recording systems, the next phase of the project was to streamline and improve how it engaged with residents and businesses. The constabulary launched a social media and local press campaign to encourage those operating domestic, commercial (including office, premises, pubs, restaurants, retail outlets) and public space (councils) CCTV to register their cameras with its new Constabulary Community Portal (a part of NICE Investigate). Wilson explains: “We have also collaborated with local membership organisations such as Chambers of Commerce and National Pubwatch to get the message out as widely as possible.”

It’s the strategic direction of the force that all digital evidence should be managed within NICE investigate
Andrew Wilson, Project Manager

In addition to CCTV, the portal can also be used to share other forms of digital evidence and the constabulary has taken advantage of this capability and collaborated with another emergency service – North West Ambulance Service – enabling officers to request and receive emergency 999 call recordings and patient report forms. “This has removed the need for officers to drive to the ambulance service’s operating centre in Preston to collect a CD,” comments Wilson. “Every time evidence is requested and submitted via the Portal it represents one less journey an officer is required to make.”

With NICE Investigate, Lancashire Constabulary has a powerful DEMS solution that has facilitated the smooth roll out of BWV, reduced administrative time spent handling evidence internally, sped up the process of sharing evidence with the CPS and improved how officers work with the communities they serve.

The force has taken an incremental approach to rolling out the system and looking to the near future, the force will be integrating its CONNECT records management system with NICE Investigate, as well as broadening the scope of digital evidence including custody CCTV, the forces own drone and dashcam footage. “We have just launched a new public appeals process for public dashcam footage, which has successfully replaced a cumbersome and protracted process,” observes Wilson.

“It’s the strategic direction of the force that all digital evidence should be managed within NICE investigate,” concludes Wilson. The system has been operational for just over one year and we are using a very conservative estimate that every request for evidence that is completed using NICE Investigate, saves the force one hour of admin. That is saving the force time, money and resource that can be allocated to other areas. By maximising the number of people using NICE Investigate, then we can maximise that benefit.”