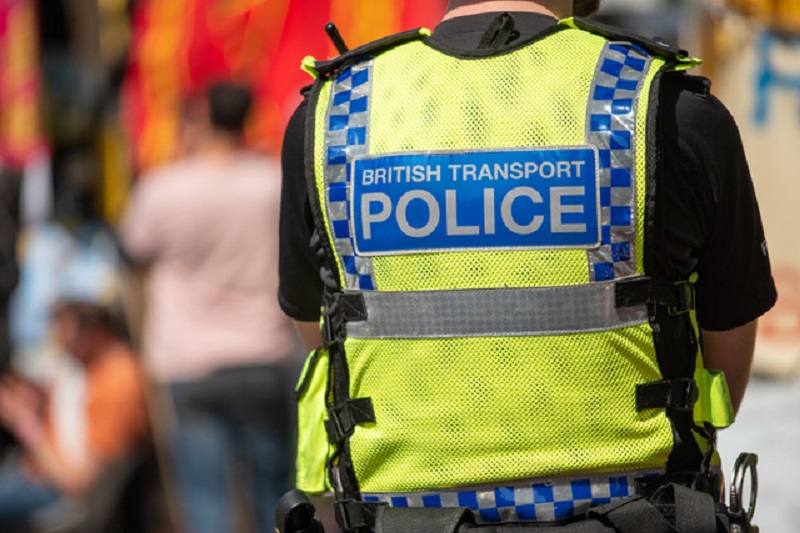 As a national force covering a broad swathe of rail lines and properties, the British Transport Police (BTP) faces unique policing challenges. That’s precisely why NICE Investigate is at the heart of everything BTP is doing to manage its digital evidence ecosystem moving forward. In the first of a series of case-studies highlighting NICE's work with UK police forces, read about how NICE is helping BTP streamline the flow of digital evidence and keep UK railways safe from crime, through digital transformation.

British Transport Police (BTP) is one of the world’s oldest police forces and one of only two national police forces in England, Scotland and Wales. Headquartered in Camden, London, BTP is responsible for policing the railways, London Underground, Docklands Light Railway, the Midland Metro tram system, Croydon Tramlink, Tyne and Wear Metro, Glasgow Subway and the Emirates Airline. With over 5000 police officers and staff, BTP has policing oversight for UK railways that service over 6 million customers daily, and encompass 10,000 miles of track and over 3,000 railway stations and depots.

In addition to being an economic driver, the UK rail system is an everyday life necessity for many British citizens. Since the inception of rail travel in the UK, BTP has worked alongside train operating companies (TOCs) to keep the railways safe and free from crime. But as a national force covering a broad swathe of rail lines and properties, BTP faces unique policing challenges.

For example, the ability to effectively investigate crimes across such a large geographical area requires close collaboration with many industry partners, ranging from the rail operators to other police forces across England, Wales and Scotland that have overlapping jurisdiction.

In the national rail network alone, there are over 150,000 CCTV video cameras, and while BTP does not own or manage the cameras, the CCTV video is often vital to its investigations. Obtaining this video is a long drawn-out process that begins with officers manually filling out and submitting forms to TOCs, and then waiting for a response, which can take days or weeks. And most of the time, when the video is received, it’s not immediately playable.

This process is repeated tens of thousands of times annually. In fact, in a typical year, BTP officers send out an average of 50,000 requests for CCTV video.

This [transfer of evidence using hard media] represented a significant risk to BTP not only in possible delays to ongoing cases but also to potential financial penalties for personal data loss”
Russell Holloway, Senior Project Manager for Digital Policing at BTP

“It involves a lot of manual processes, a lot of discs going everywhere, a lot of built in time delays,” said Russell Holloway, Senior Project Manager for Digital Policing at BTP.

Additionally the need to transfer large volumes of evidence using hard media such as CCTV discs carried with it the risk that vital evidence needed to prove a case could be delayed in transit or worse still, lost altogether. “This represented a significant risk to BTP not only in possible delays to ongoing cases but also to potential financial penalties for personal data loss” said Holloway. “The Information Commissioner’s Office have the power to impose severe financial penalties for personal data loss and BTP was transferring large volumes throughout England, Wales & Scotland. Something had to change” said Holloway.

As critical as CCTV is to criminal investigations, 999 audio recordings, can also be a vital piece of evidence. When an incident occurs on a rail line or rail property the 999 caller will be taken through to a dedicated call centre managed by a Home Office Police Force and not BTP. Obtaining a copy of that recording meant that BTP Officers would have to manually complete a request form and submit it to the relevant force, before waiting for the recording to be downloaded to a disc and sent back to them. This time consuming and laborious process would have to be repeated thousands of times a year.

BTP needed a way to streamline these and other processes so it could get to the business of solving crimes and closing cases faster.

To address these challenges, BTP turned to NICE Investigate. NICE Investigate is a one-stop solution for transforming manual processes around the collection, management, analysis and sharing of all types of digital evidence.

“As a national police force covering England, Scotland and Wales, we strive to be forward-looking and innovative in terms of making the best use of technology we can,” said Holloway.

One of the main advantages of NICE Investigate is its ability to integrate with other systems to streamline processes around collecting evidence and building cases. For example, NICE Investigate’s integration with NicheRMS automatically creates a case in NICE Investigate. Investigators can then request CCTV video and immediately start working the case from there.

The entire process of requesting and sending CCTV can be done completely electronically. TOCs are guided through an on-boarding process by BTP and once registered, officers can use the NICE Business Portal to request specific CCTV directly from the TOC. The officer requesting, and the TOC sending the CCTV, can both communicate via the Business Portal in case of any queries relating to the original request. This functionality ensures officers receive the correct footage and TOCs do not waste time having to cancel or repeat requests. “This process has revolutionised the way BTP are able to request, process and share CCTV evidence” said Holloway.

Holloway explains: “Our officers simply select the TOC from the list and send a direct request for CCTV. The TOC then uploads the footage directly into NICE Investigate via the Business Portal.”

As it’s uploaded into NICE Investigate, the CCTV video is virus-checked and automatically converted to a playable format.

“This has been a really big step forward for us,” added Holloway. “We are currently working with every single TOC in England, Scotland and Wales to get them onboarded into the NICE Investigate Business Portal.”

NICE Investigate’s secure, trackable, completely electronic method of evidence sharing has also strengthened data protection and reduced the risk of fines associated with evidence that could otherwise be misplaced or lost in transit.

BTP is currently handling 65 percent of all CCTV requests through NICE Investigate and has a goal of 90 percent, as more TOCs are added to the Business Portal. BTP is using the Business Portal in a similar manner to request and receive 999 recordings for investigations.

“By registering the Metropolitan Police (the Met) through the Business Portal, in the same way we have done with the TOCs, we have been able to ask for and receive recorded 999 calls in exactly the same way,” says Holloway. Where BTP and the Met policing intersect, NICE Investigate helps to bring the two agencies together. The Met fields all 999 calls coming in from London’s 32 boroughs and BTP has policing responsibility for twelve major railway stations around the central area of the city. Each station has train services to different regions of the country, as well as the London Underground.

The success of this new, streamlined method of requesting and receiving 999 recordings has inspired BTP to look at replicating the process across all 43 forces within England and Wales.

The aim is for every BTP officer to be able to log into NICE Investigate and have everything they need for their investigations available all in one place – including CCTV, 999 call data, CAD, mobile phone data, forensic information, public appeals, Body Worn Video, interview recordings, and so on – and then be able to send it straight off to the CPS.”
Russell Holloway, Senior Project Manager for Digital Policing at BTP

“From my point of view, this was a really big and impactful innovation because of our need to interact with lots of police forces,” added Holloway.

Beyond leveraging the Business Portal as a way to more easily obtain evidence from TOCs and other forces, BTP is also using the Public Portal within NICE Investigate to more effectively crowdsource evidence from citizens.

In October 2019, BTP used the Public Portal to create and send an appeal on social media, to ask citizens to submit any evidence they had relating to a serious incident that took place on the London Underground. With one click from Twitter, citizens were able to upload pictures and video footage directly into NICE Investigate, through a secure webpage link. BTP is looking to extend this appeals capability to the Single Online Home (SOH) platform which will provide more opportunities for citizens to submit evidence and fight crime.

Additionally, with the NicheRMS integration completed, BTP is now turning its attention to integrating other systems into NICE Investigate, including Control Works, Fotoware, Body Worn Video and other technologies used by its cybercrime, digital forensics and scientific support units.

Holloway explains: “The aim is for every BTP officer to be able to log into NICE Investigate and have everything they need for their investigations available all in one place – including CCTV, 999 call data, CAD, mobile phone data, forensic information, public appeals, Body Worn Video, interview recordings, and so on – and then be able to send it straight off to the CPS.”

Whereas NICE Investigate was originally envisioned as a way mainly to address CCTV and data risk issues, it has now found its way into every corner of BTP’s digital policing vision.

“NICE Investigate is at the heart of everything we’re doing moving forward,” said Holloway. “The more we put into it, the more it will give us back.”