The concrete effects of body cameras on police accountability 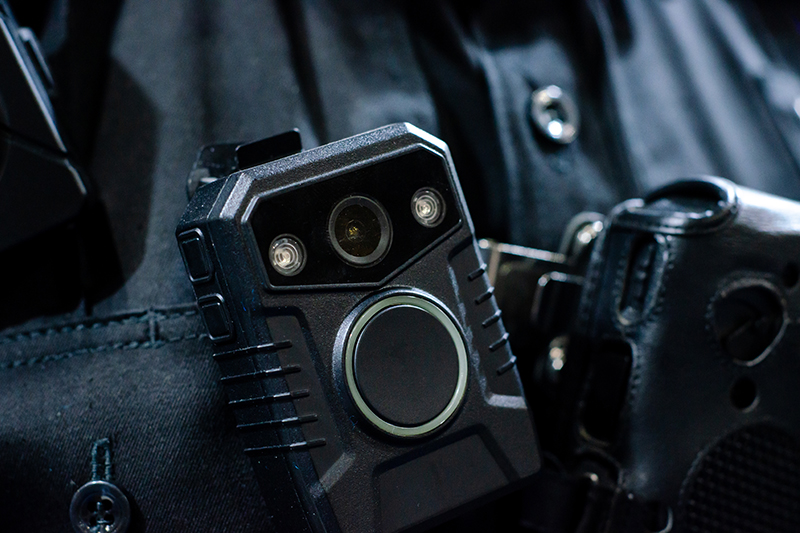 The introduction of body-worn cameras among US police forces and the subsequent improvement in evidential quality has helped to reduce the racial disparity in the response to complaints about police misconduct, according to new research by Professors Suat Cubukcu, Erdal Tekin, Nusret Sahin and Volkan Topalli.

Without video evidence, it’s unlikely we would have ever heard of George Floyd or witnessed the prosecution of his killer, a Minneapolis police officer.

Providing police officers with body cameras has a substantive effect on investigations of police accountability. The cameras have also helped reduce racial bias against citizen complainants.

The recording of Floyd’s killing echoed the documentation in the deaths of Michael Brown and Eric Garner, two Black men who were killed at the hands of police.

The circulation of such videos – witness cellphones, dashcams and police body-worn cameras – have helped awaken a protest movement centred on police accountability and systemic racism in the United States.

They have also diminished trust in law enforcement, which has dipped to its lowest level since 1993, according to a 2020 Gallup Survey; 19% of Black Americans said they trust police, compared to 56% of white Americans. And a majority of those polled, 56%, called for major reforms in policing, including 88% of Black people and 51% of white people.

Much discussion on police reform revolves around police officer recruitment, training processes and re-budgeting or ‘defunding’ the police.

But another way to reform policing is to make police services more transparent and officers more accountable. Over the past decade, the implementation of body camera technology has rapidly expanded across major metropolitan police departments, including Washington, New York and Chicago.

We are criminologists and economists, and our recent study has found that providing police officers with body cameras has a substantive effect on investigations of police accountability. The cameras have also helped reduce racial bias against citizen complainants.

The vast majority of US public complaints against police officers are dismissed. Only 2.1% of the citizen complaints filed in Chicago between 2010 and 2016 resulted in a disciplinary action against police officers, according to the Invisible Institute, a journalism organisation that “collects and publishes information about police misconduct in Chicago” in its Citizens Police Data Project.

This rate is about one-third lower when complainants are African Americans. There is a similar pattern in cities like Columbus, Ohio, and Portland, Oregon.

Such investigations of police misconduct have relied heavily on eyewitness accounts, often producing ‘he said/she said’ patterns of flawed evidence and, thus, inconclusive results.
This has changed, however, with the introduction of body camera technology.

Traditional strategies to address police misconduct have focused on internal affairs divisions in police departments, which investigate possible law-breaking incidents and professional misconduct within police forces, or citizen oversight review boards, which investigate citizen complaints. But both of these have been criticised for being biased against citizens.

This has changed, however, with the introduction of body camera technology.

While there have been dozens of studies on the impact of body cameras on police behaviour – with some promising outcomes in the reduction in police wrongdoings – their effect on the resolution of citizen complaints has been relatively understudied.

We recently studied an eight-year period – 2013 to 2020 – of citizen complaint data from Chicago’s Civilian Office of Police Accountability. During that span, the Chicago Police Department assigned these cameras to its officers in a staggered fashion, district by district across a 17-month period, from June 2016 to December 2017.

This allowed us to conduct the first study to estimate their effect on the outcomes of citizen complaint investigations across multiple time frames.

We found a significant effect on police accountability following the implementation of body cameras. Police officers were 64% more likely to be subject to disciplinary action after a complaint investigation.

Consistent with the existing studies, we identified a considerable degree of racial disparity in the resolution of citizen complaints prior to the implementation of police body cameras. Complaints from Black people were more likely to be dismissed – 53% vs 38% – and less likely to be sustained – 10% vs 21% – than those of white people.

Because body cameras produce an objective accounting of the interactions between police and citizens, they have the potential to overcome previous weaknesses in the quality of evidence.

But following their widespread implementation in Chicago, body cameras largely eliminated such racial disparities, according to our study.

Complainants from all racial groups benefited from body cameras, with a greater overall rate of disciplinary action. We found that the percentages of dismissed citizen complaints were reduced to 16%, 18% and 15% for white, Black and Hispanic complainants, respectively.

Our findings initially illustrated the existence of racial bias in the dismissal of police complainants. They subsequently show that the introduction of body cameras can change this. And the continued implementation of such cameras is likely to continue reducing the disparities that play a large role in mistrust of law enforcement by people of colour.

Many policymakers see this technology as a potential game-changer in police-citizen relations. It can protect officers from spurious complaints and make them more accountable for actual misconduct.

Because body cameras produce an objective accounting of the interactions between police and citizens, they have the potential to overcome previous weaknesses in the quality of evidence.

Suat Cubukcu is a Professorial Lecturer in the Department of Justice, Law, and Criminology at the American University in Washington, DC. His research focuses on terrorism, justice policies, and methodological issues, especially in terrorism research.

Erdal Tekin is a Professor Department of Public Administration and Policy, at the American University, Washington, DC; he is an economist with primary interests in health economics and economics of crime.

Volkan Topalli is a Professor of Criminal Justice at the Andrew Young School of Policy Studies, Georgia State University; his scholarly research addresses decision-making of offenders with a focus on violence in urban settings.

This article first appeared on The Conversation; you can read the original article here.

Domestic Abuse- Safeguarding for the Future