Policing Insight has over a thousand in depth articles on a wide range of policing issues. SPOTLIGHT ON is a new series which groups articles under one subject heading allowing you quick and easy reference when you need it. Here, we tackle facial recognition technology which recently hit the headlines raising questions and concerns as to its role in policing.

During a recent session of the Home Affairs Committee’s Policing for the future inquiry, MPS Commissioner Cressida Dick highlighted the pace of technology and the need for a ‘great deal of quick and hard work’ on the ethical and legal issues that the data age poses law enforcement. When asked for one example of what was difficult to deal with at the moment. the Commissioner responded, “facial recognition.”

She added: “The ability of the law to keep up with that and also for those who hold us to account to be able to do that in a meaningful way in the absence of really dynamic ethical discussions and indeed legal frameworks is a real challenge for us. I do not have all the answers or in fact many of the answers to this.”

Technology is outpacing the law makers and whilst policing doesn’t want to miss out on its potential and indeed even risks being criticised for doing so, it leaves law enforcement in an ethical and legal limbo. We ran a series of articles offering a range of insight and perspectives on the issues surrounding facial recognition technology.

In her blog on facial recognition technology (FRT) and law enforcement: Information Commissioner Elizabeth Denham raises concerns over the transparency and governance issues surrounding law enforcement’s use of the technology. She warns that FRT is a step change in how people are monitored and can be intrusive. Unless the public understand and trust the reasons for its use, the potential public safety benefits may not materialise.

The Information Commissioner’s concerns are mirrored in Big Brother’s report ‘Face-Off, the lawless growth of facial recognition in UK policing’. The report caused controversy and concern in equal parts. It argues that facial recognition is a reality in UK policing despite the lack of any legal basis for it or parliamentary scrutiny. It draws on data from three forces using the technology, revealing that the overwhelming majority of police ‘matches’ using automated facial recognition software are inaccurate.

Carl Gohringer: False positives and what the statistics actually mean

In ‘False positives: What the facial recognition statistics really mean‘, Carl Gohringer, CEO of facial recognition company, Allevate, offers a robust response to Big Brother Watch’s findings. In his detailed blog, Carl Gohringer explains how the technology works, what the figures mean and how they can be misconstrued. With the controversy surrounding the use of AFR technology, the answer to accurately identifying the ‘face in the crowd’ may lie with the use of super recognisers. Former DCI and now CEO of Super Recognisers International Mike Neville explains the role of super recognisers and the value they can add to CCTV imagery.

Professor Martin Evison: Millions of mugshots digitised, but the tech is poor

The police have accumulated and digitised millions of images of faces, but questions remain over how to search them, and how long to keep them. In his article Professor Martin Evison of Northumbria University outlines the problems now technology has ‘shone its light into the dingy world of the mugshot’. He points to the dangers associated with the automatic computerised searching of CCTV video streams for people depicted in arrestee photographs and asks, should the mugshot databases be purged in much the same way that DNA and fingerprint ones are?

With a greater move towards expanding CCTV coverage in evidence across forces and their partner agencies, NICE’s Richard Perkins explains the challenges of optimising the future use of CCTV, exploiting opportunities in interoperability, biometrics and artificial intelligence. He talks of the need to standardise, modernise and demonstrate the value of CCTV and ends by adding that the UK is on the ‘cusp of cracking the CCTV conundrum’.

Further to our own articles, Policing Insight has a valuable database of external resources via our Media Monitor service. We summarise a few example links below but for a full list, please visit Policing Insight’s Media Monitor page and refine the search results using subject filters such as ‘Facial recognition’ or ‘CCTV’.

Why I’m challenging Cardiff police on their invasive facial recognition technology
As ever-more invasive technology develops, it’s more important than ever that we’re consulted on the tools police use
Huffington Post UK

Police defend facial recognition technology that wrongly identified 2,000 people as potential criminals
A police force has defended its use of facial recognition technology after it was revealed that 2,000 people at the 2017 Champions League final in Cardiff were wrongly identified by the software as potential criminals.
The Telegraph

Facing fears: Should facial recognition technology be installed in railway stations?
German authorities are testing facial recognition software at Berlin’s main rail station, in an attempt to increase security. Joe Baker asks whether the installation could be helpful or harmful to rail passengers.
Railway-Technology.com

Few Rules Govern Police Use of Facial-Recognition Technology
They call Amazon the everything store—and Tuesday, the world learned about one of its lesser-known but provocative products. Police departments pay the company to use facial-recognition technology Amazon says can “identify persons of interest against a collection of millions of faces in real-time.”
Wired 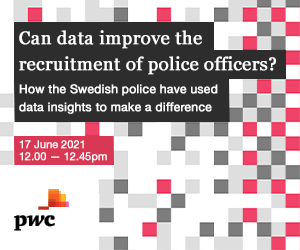