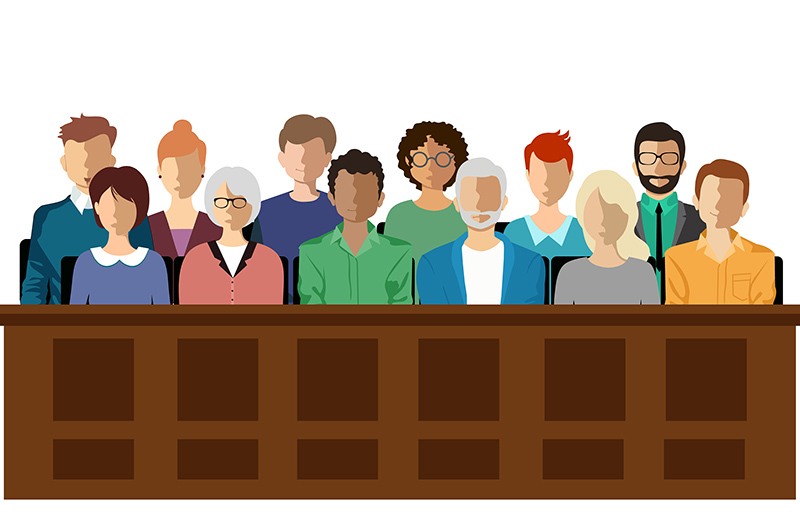 Court cases around the world often depend on the independent deliberations and judgments of juries; but with jurors susceptible to their own biases, steps can be taken to ensure that such biases are balanced to prevent miscarriages of justice, as Dr Lee Curley and Dr James Munro of the Open University and Dr Itiel Dror of University College London, explain.

The aim of our recent review was to bring together different areas of psychology to identify potential sources of bias that may influence how jurors make decisions.

From CSI to Law and Order, Line of Duty and Midsomer Murders, there is huge public fascination with crime and the criminal justice system. Especially when things come to a climactic ending and jurors decide on a defendant’s fate. But how much do jurors get it wrong? Will the jury convict an innocent person, or might they free a guilty person?

Ultimately, who committed the crime is often not easy to know, and jurors have to subjectively evaluate the evidence. But finding out what goes on inside the jury room and the biases that might influence jurors themselves is of huge interest and importance.

As psychologists, we can delve into jury decision making, as it requires several different areas of psychological research (cognitive psychology, social psychology, and individual differences) to unlock the processes behind the decisions jurors reach.

The aim of our recent review was to bring together different areas of psychology to identify potential sources of bias that may influence how jurors make decisions.

A significant part of the research literature has highlighted that pre-trial biases can influence the judgments of jurors. In 2008 researchers developed the pre-trial juror attitude questionnaire (PJAQ).

The scale measures biases that might influence juror decision making. For example, it measures biases such as racial biases and system confidence – how much faith (or not) the juror has in the criminal justice system.

Through measuring these biases, we can get an indication into how strong a bias a person may have towards either the prosecution or defence. Interestingly, the PJAQ has often been shown to predict the verdict reached by jurors, with those who have a pro-prosecution bias reaching more guilty verdicts.

Researchers have shown that expert witnesses are far from objective decision makers, and that irrelevant contextual information (provided, potentially, through the police) can bias their judgments and cause errors.

Due to pre-trial bias, some jurors are unable to take part in a criminal trial with an ‘innocent until proven guilty’ mindset, even if they try. Jurors, like most humans, are not always rational, and may struggle to process and utilise all the available information in a reasoned manner.

This tendency often leads to biased decision making that can lead to errors. For example, research from 2001 found that jurors may favour particular verdicts as a trial progresses, despite being warned against doing this by a judge.

So initial pre-trial biases interact with cognitive mechanisms (for example, thinking, perception, memory) to cause the effects of bias to snowball.

Another origin of bias in jurors may come from ‘objective’ and scientific expert witnesses. Researchers such as co-author Itiel Dror have shown that expert witnesses are far from objective decision makers, and that irrelevant contextual information (provided, potentially, through the police) can bias their judgments and cause errors.

The diagram below shows the factors that might influence a forensic expert’s analysis. Through presenting expert testimony, biased conclusions could end up influencing the jury. 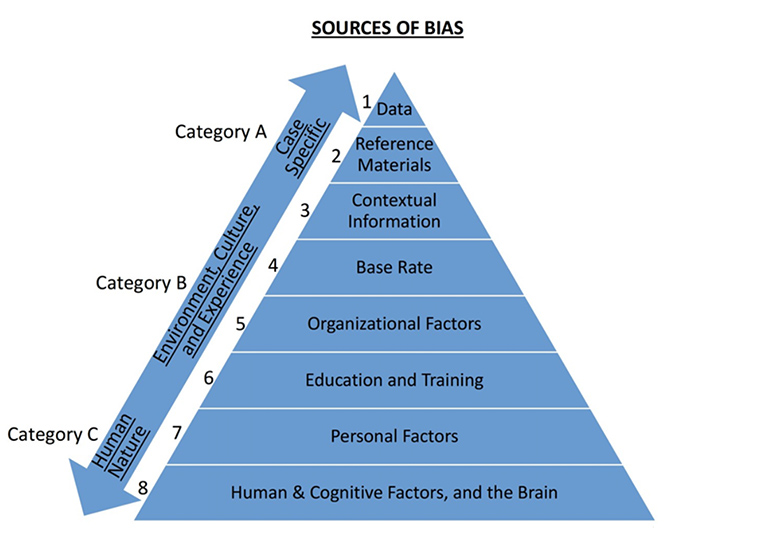 The biases that expert decision makers are subject to, from case-specific information to the effects of human and cognitive factors on their choices (provided by author, Itiel Dror)

We have made several recommendations in our review. First, we suggest a jury selection procedure, using measures like the PJAQ, where jurors with prejudicial biases are weeded out from the jury pool.

Second, such procedures could also be used to create a jury with a representative pool of biases. As fallible beings, humans are likely to always have some form of bias. If the most negative of biases, such as racial biases, are removed from the jury pool, other biases could be counteracted through a mix of jurors with different beliefs and biases – for example people with confidence in the criminal justice system vs. people with little faith in the system deliberating with one another. More research is needed though, as very little has been conducted on jury deliberations.

A third suggestion is for the criminal justice system to tackle bias by protecting forensic experts from undue influences, so that powerful but biased expert evidence does not influence the jury.

A third suggestion is for the criminal justice system to tackle bias by protecting forensic experts from undue influences, so that powerful but biased expert evidence does not influence the jury. For example, an expert’s testimony may be biased if they knew about another piece of unrelated evidence, such as a confession, during analysis.

Methods of counteracting bias in forensic examiners include using expert witnesses not associated with either side of the adversarial system, and for labs to use techniques such as Linear Sequential Unmasking (LSU).

LSU is a technique where forensic experts analyse the information in a specific sequence in isolation from any other reference material. So, for example, first they would analyse the evidence at the crime scene such as fingerprints. But they would not have access at this point to any material pertaining to the ‘target’ suspect, such as their fingerprints.

The reference material would then be analysed and later compared to the evidence gathered. LSU ensures sequencing of the relevant contextual information so that the more objective and less biasing information is prioritised.

This article originally appeared on The Conversation, and is republished under a Creative Commons Licence; you can read the original here.

Open University Psychology Lecturer Dr Lee Curley is a decision scientist currently investigating how jurors make decisions. Although theory driven, his research has applications to the criminal justice system. He studies how pre-trial biases, cognitive fallacies, and changes in the legal environment have an impact on both juror outcomes and juror decision processes. This research has utilised theories and models from psychology and mathematics in an attempt to find a model that can reliably describe the decision making processes of jurors.

Dr Itiel Dror is a Senior Cognitive Neuroscience Researcher at UCL, interested in how the brain and cognitive system perceives and interprets information. His current research focuses on expert performance in the real world, examining medical surgeons, fighter pilots, frontline police, forensic analysts, and a variety of experts. His research provides insights into the inherent trade-offs of being an expert – for example, in the forensic domain, how contextual information can influence the judgments and decision making of experts.

Dr James Munro is Psychology Technical Lead (Teaching & Research) in the School of Psychology & Counselling Psychology at the Open University. He graduated from a PhD in cognitive neuroscience at the University of Roehampton, London in 2017, following studies using functional MRI to explore the role of anxiety in decision making, memory and other cognitive factors and neural correlates. He is currently exploring the different sources of bias that, eventually, converge on jury or other forms of decision making.